5 most extraordinary hotels in Havana 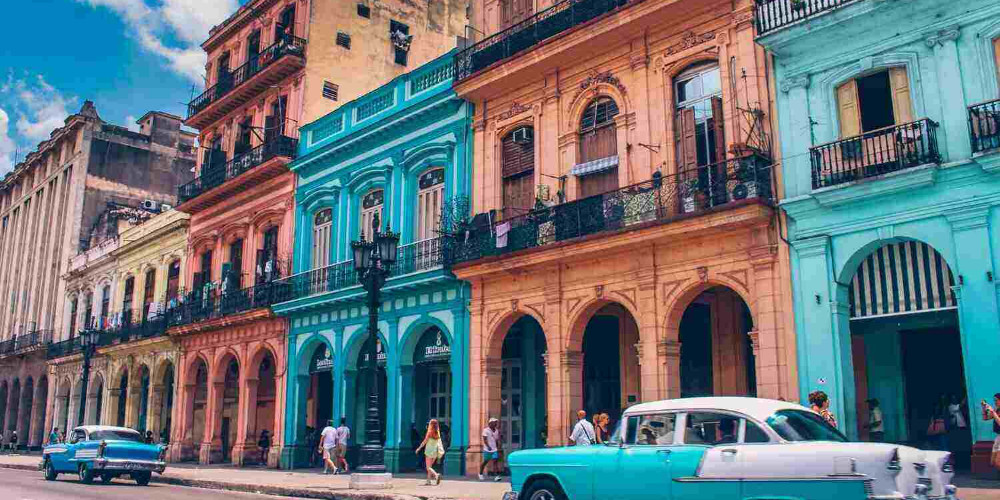 Oh, just to be right now in Havana with a Caribbean view and a fruit cocktail in my hand. Nowadays, with COVID-19, it sounds a little bit complicated, but the lockdown also gives us the opportunity to have a lot of time in order to plan our future trips. And this time, as we have already mentioned, we will be talking about our travel to Havana, being more precise about the accommodation. However, before we go any further, let us get more information about Havana. We will not be making any mistakes if we say that the city is literally all in one! Havana is Cuba’s capital, the biggest city, major commercial hub, and besides that, Havana is also the main port town of the country. The city has a population of 2.1 million and a total area of 781.58 km2, rendering it the largest city in the Caribbean region, the most populous city and the fourth largest metropolitan area. The city draws more than a million visitors annually; the Official Havana Census estimates that 1,176,627 foreign tourists visited the city in 2010. But what time is the best for us to travel to Havana? Between January and February is the perfect time to travel. The location of the island in the Caribbean offers mild temperatures during the year. There are really only two seasons in Havana due to its location: rainy and dry. In Cuba, the dry season extends into “winter,” while the rainy season overlaps with the season of hurricanes, making the chance of precipitation very high. If you want to see Havana in its most vivid period, visit during the Carnival in August. So, now that we have already answered two of the main questions that we could have had, it is a perfect time to talk about accommodation. However, not just casual hostels or motels, but about the 5 most extraordinary hotels in Havana. The list will include some of the best hotels in Havana, and we will also try to answer the question of “How much are hotels in Havana?”.

Our list begins with a hotel that is quite known among both Hollywood stars and worldwide-known politicians. Located in the historical centre of Havana, the Hotel Saratoga is undeniably a good proposition during your stay in the Cuban capital. The hotel has 96 suites, two pubs, two restaurants, a magnificent salon, a fitness centre with high-end amenities and a stunning rooftop pool with a panoramic view of the Cuban capital. Maintaining its original spirit, the facilities have been restored, and its neoclassical exterior with French windows, mahogany shutters and wrought-iron balconies is evidence of this. What makes this hotel so special is that all of the 96 rooms, furnished in an eclectic and sophisticated style and packed with all the comforts and the new technological advancements. With 7 luxury suites providing a panoramic view of the city and regular rooms with facilities for their customers’ absolute relaxation, it can be seen as an invitation to a peaceful and elegant sanctuary. The hotel also is famous for its amazing restaurants! Appreciate Cuban and foreign cuisine in the attractive and eclectic Anacaona restaurant. It has appealing ornamentation: the mosaics with Moorish sketches on the walls and the wooden parabens that appear to delimit the room and convey soft lighting coexist with elegant chairs in a wooden form that gives it a colonial touch. You might want to ask me, “How much are hotels in Havana?”. You should know that usually, it is not so high however when we’re talking about luxurious places as this one the price goes really high. From a simple google search, we can conclude that the price for a one-night stay at one of the best hotels in Havana Cuba would approximately be around 200 USD.

Our second option is another charming hotel that just offers the best of Havana to you! This hotel is one of the top hotels in Havana and, let me tell you why. For every customer, the hotel will make everything so convenient that you will not even have to bother with transportation at this point. You will get a chance to visit Havana’s historic centre on foot, staying in one of the two hotel buildings in Iberostar Parque Central. You will walk through a painted tunnel that is like taking a trip through time, from the character of this historic building to its new architecture. As it is visible from every picture of the hotel’s inner architecture, on the two upper floors, there are the pools and the sun terrace. Take a dip in one of the pools as the sun streams through the Capitolio’s roof, and you will see that every explanation we send you of luxury falls short. Iberostar Parque Central is also a benchmark for gastronomy in the region, in addition to the facilities that can accommodate conferences and meeting rooms with all the needed equipment. As you can already guess, it is not of the cheap hotels in Havana Cuba, and the price for one day of stay would be around 190 USD.

However, one of the cheap hotels in Havana Cuba that you can stay at during your travel to Cuba is definitely, Be Live Havana City Copacabana. As a former jazz club, the 178-room Be Live Havana City Copacabana has a very playful Brazilian style and a storied tradition that will surely take your breath away. However, it also worth mentioning that this is the average mid-range seaside hotel nowadays, with a quite average buffet kitchen, a beach, and a bar by the beach. But the hotel’s “natural pool,” a hemmed portion of seawater that offers visitors a calm, safe place to swim, is something that you and your family will surely fall in love with. Rooms here in beachy colours are essential, but not bad. However, the venue is a little away from Old Havana and other big attractions. In short, we can say that it is one of the best cheap hotels in Havana Cuba, of course, I mean the word “cheap” compared to other given options.

Looking for top hotels in Havana? This hotel will not disappoint you! Perfectly situated in the heart of Old Havana and flanked by this lively city’s largest UNESCO World Heritage buildings, the Grand Hotel Manzana Kempinski gives you the chance to relax in Cuba’s first luxurious hotel. What makes this hotel extremely extraordinary is the historical background of its building and its perfect location. The building was designed as the first European-style shopping arcade in Cuba by Jose Gomez-Mena Vila from 1894 to 1917. The Manzana de Gomez was the first complete city block designed exclusively for commercial use in Cuba at the beginning of the 20th century, with two inner diagonal streets crossing the structure in both directions, combining the pedestrian traffic with the outer fabric. Another fact that deserves your attention is that the hotel has a shopping mall on the first floor, with supermarket franchises including Versace, Giorgio Armani and Lacoste. There is no doubt about this hotel being at the top of the list of best hotels in Havana Cuba. However, if you are planning to stay in this hotel during your travel to Havana, be ready to pay at least 200 USD per night.

The Hotel Nacional was designed by the McKim, Mead and White New York architecture company, funded by the New York National City Bank and was built by the Purdy and Henderson U.S. engineering firm in fourteen months. It stands on a hill only a few meters from the sea, with its privileged position in the middle of Vedado, the middle of Havana, and provides a fantastic view of the Havana harbour and as well as of the city. Due to its refined beauty and its ancient majesty, the place has drawn a vast number of celebrities from the arts, science and politics since 1930. The hotel was primarily used to host visiting diplomats and international government officials after years of neglect due to the decline of tourism following the revolution. The dissolution of the USSR in 1991 prompted the Cuban Communist Party to reopen Cuba to visitors, worried about foreign exchange reserves. We will not be making any mistakes if we say that Hotel Nacional de Cuba is an irreplaceable monument of history, tradition and Cuban identity as a whole. No wonder that the hotel is one of the top hotels in Havana. The price for one night would be around 110 USD per person.