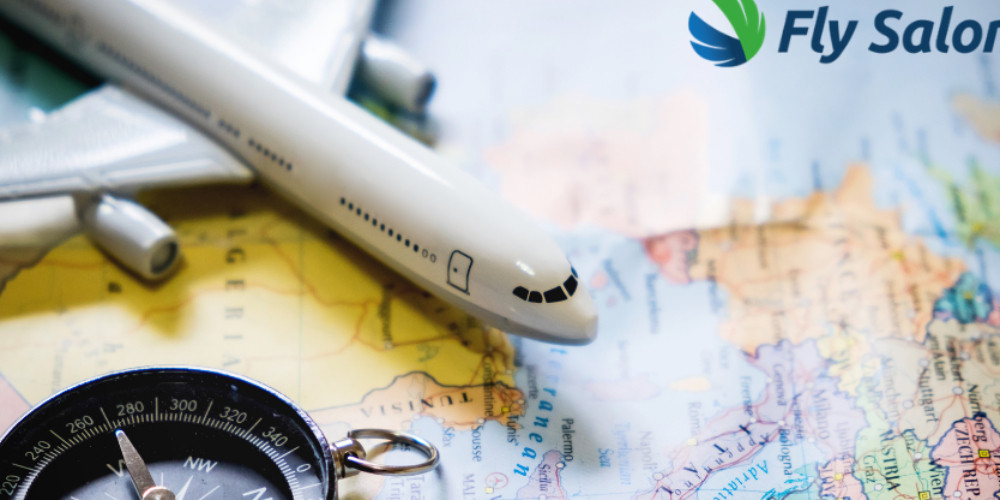 Fly Salone Ltd is a UK-registered airline that initially provided its services to Sierra Leone citizens and expats in the United Kingdom. The company was originally founded by Jay Saleh, Sam Sabrah, and Straun Johnson. Mr. Saleh was the Chairman of the company, Mr. Sabrah was the managing director, and Mr. Johnson specialized in aviation and was in charge of logistics and strategies. The airline was first established in August 2014 during the closure of non-stop flights operated by British Airways between Heathrow Airport in London and the Capital of Sierra Leone; Freetown amid the Ebola virus pandemic in the Western regions of Africa. Due to the uncontrollable nature and severity of the Ebola virus, flights were forced to shut down. The World Health Organization (WHO) in 2015 officially announced that the Ebola Virus had ended in Sierra Leone. One month later, the Civil Aviation Authority in the UK decided to un-ban all flights to Sierra Leone with the safety and security of passengers taken into consideration. Due to the ease of airline restrictions, Fly Salone reopened their services and departed its first aircraft on the 11th of December from Gatwick Airport in London to Lungi international airport in Freetown. At that time, however, flights were limited to just two departures a week. Fly Salone used to operate all their departures with the help of a leased Boeing 757 that was given by the flag carrier airline of Iceland known as ‘Icelandiar’. At that time, the Boeing 757 was capable of transporting 200 passengers for a flight between the UK and Sierra Leone. Attributable to certain confidential reasons that took place within the company, Fly Salone on 17th March had officially stated that it would no longer continue its operations and would go into dissolution soon. In fact, the dissolution of Fly Salone also led to the closure of a famous Travel operator that went by the name ‘Kevin McPhillips Travel’. This company was in business for around 20 good years and was closely associated with the travel operations that took place between Sierra Leone and the UK.

At Fly-Salone, our objective is to give you the best possible flying experience. To make sure that our customers are truly valued, our management caters to disabled passengers and infants as well. Our staff works around the clock to ensure that people who have disabilities are treated with care throughout the journey. Such individuals might require wheelchairs or might need physical support while boarding the plane. Whatever the case, our team will assist you as per your requirements and will be with you all the way. On the other hand, if you’re traveling with an infant who is 8 days to 23 months old, you can include them in the seat that you have booked. To do this, you will have to make an infant reservation while you book your seat. In addition to this, policies implemented by Fly Salone do not permit infants to travel on their own. All infants are to be accompanied by a guardian who is at least 16 years old.

Baggage you can take with you

Fly Salone gives you a lot of flexibility when it comes to carrying unusual baggage. For example, you can take your bicycle, your golf bags, sports equipment, and other items as well. However, to carry extra equipment on board, you might have to register and pay an extra fee for it. But just to stay on the safe side, you should contact your travel agent to get the latest information.