How to get Cyprus long-term visa? 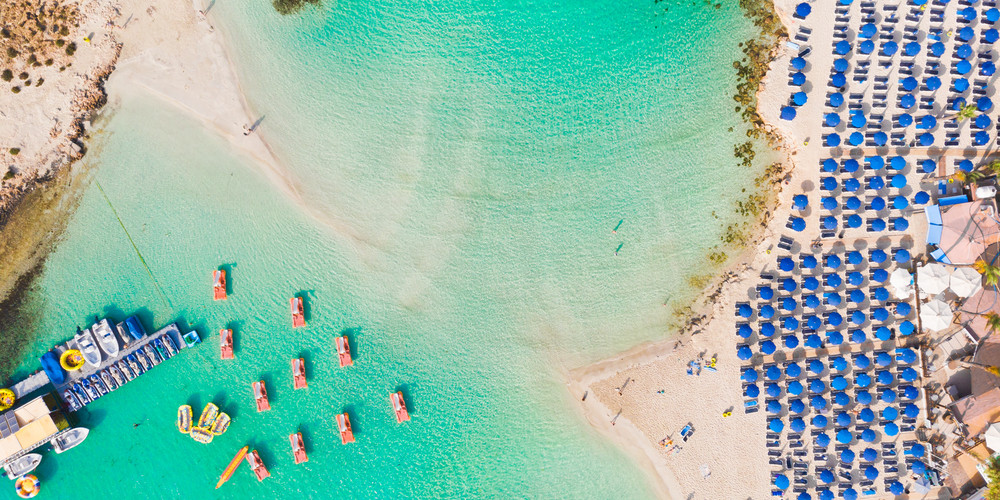 This time we are heading to one of the most famous vacation spots among international travellers in Europe, to Cyprus. However, where is the country located? Cyprus is a Mediterranean island country in eastern Europe. It is located south of Turkey, west of Syria, northwest of Lebanon, Israel, north of Egypt, and southeast of Greece. Cyprus is the third biggest and third most populated island in the Mediterranean. As you may have heard, the majority of the population, to be precise, 78 percent of Cyprus, are Greeks, and Turks make up about 18% of the total population of Cyprus. Surprisingly enough, the circumstance of Nicosia, which is the world's only split capital, is particularly unique. Nicosia is primarily populated by Greek Cypriots in the south and Turkish Cypriots in the north.

The island has a rich cultural legacy due to its time, when Cyprus was a part of Byzantine and Ottoman empires, which is, honestly, easy to notice while walking down Cyprus's beautiful and atmospheric streets. Summers are pleasant and calm, ideal for relaxing on the island's many beaches. Even in the winter, the weather is mild compared to the rest of continental Europe. For many people, this makes Cyprus an excellent year-round vacation location. However, it is also one of the main reasons some people want to move to Cyprus for a longer period. Cyprus's official language is Greek. However, almost everyone speaks English, as English is the second language of Cyprus. If you live and work there for any time, you will notice that more than 90 percent of the population speaks English fluently, and business is frequently done in English. In short, we can say that Cyprus is one of those countries that you will always want to come back to, no matter what the specific reason for you is. I believe at this point, many of our readers might be thinking about the chance of staying in the Cyprus for a longer time. If you are one of those readers, start taking notes because today, as you might have noticed from the article's name, our main topic is Cyprus long stay visa. In this blog, we will answer questions such as "How to get a Cyprus visa?", "Do you need a visa for Cyprus?" and go through some of the most important Cyprus long term visa application requirements. By acquiring a Cyprus visa, you can finally turn your dream trip to Cyprus into a reality. Tourism, visiting family or friends, business excursions, short-term schooling, exchange programs, and various other non-permanent activities are all valid reasons to apply for the Cyprus short-term visa. They are often given for multiple entries and enable the bearer to stay in Cyprus for up to 90 days in total throughout a 180-day term. If you wish to study or work for a longer term in an institution of Cyprus for more than 90 days, such as a bachelor's, master's, or doctoral degree, you can apply for a Cyprus long-term visa. For this, you have to have formal invites or letters of acceptance from those institutions.

However, do you need a visa for Cyprus or not? To put it most simply, we can easily separate all the countries around the world into two groups. The first group is Cyprus visa free countries. Nationals of these countries (European Union member states, United States of America) are not obliged to obtain a visa before their trip to Cyprus. Meanwhile, the second group of nationalities needs to get a Cyprus visa before arriving in the country. Even though we have mentioned some Cyprus visa free countries, check the full list of countries on the official website and find out if you need a visa for Cyprus. Even though your country might be free from visa restrictions, you must first apply for a Cyprus long stay visa in your home country if you want to stay in Cyprus for an extended period. However, it is also possible that official Cyprus embassies and consulates in various countries do not process long-term visas; instead, visa applicants are encouraged to apply for a short-term tourist visa to travel to Cyprus first and only then apply for resident permits. Bear in mind that this method may slightly differ based on your place of residence, nationality, and the visa policies of the embassy to which you apply.

The long-term visa allows you to enter Cyprus to apply for a residence permit. It allows you to enter Cyprus as a possible resident and stay while completing your residence application. As we have mentioned above, in most circumstances, the embassy will give you a short-term visa to allow you to enter Cyprus, after which you will apply for a residence permit at the Cyprus Migration Department. The Cyprus Employment Visa & EU Blue Card is meant for applicants who want to work in Cyprus and high-skilled individuals who want to apply for a European Union Blue Card. However, what does that blue card even mean? The EU Blue Card permits third-country nationals with a university degree to work inappropriate jobs for their skills in Cyprus. Please note that potential Blue-Card holders must have a gross income of 52.000 € or hold a profession in one of the MINT spheres with a gross salary of 40.560 € and must have obtained a position in their field of study. Also, worth mentioning that the MINT stands for Mathematics, Informatics, Natural Sciences, and Technology. Since entering the European Union in 2004, Cyprus has been the preferred location for many transnational companies seeking an EU base, resulting in a surge in Cypriot employment openings during the previous several years.

But what are the Cyprus long term visa documents? Firstly, you will need a Cyprus long term visa application form that must be completely filled out in English or Greek, as well as it needs to be signed and dated by the applicant. Secondly, a valid passport for at least one year after the date of arrival is required. Also, worth pointing out the fact that the bearer must sign it, as well. You will be asked to showcase a passport that is less than ten years old and has at least two free "visa pages." Two photos with a frontal view of the face encompassing 70-80% of the photo no more than 6 months old are another Cyprus visa requirements. You need to have a copy of your ID card with a minimum validity of three months after your departure date from Cyprus and photocopies of your passport's main page and any previous visas. Most importantly, if you are moving to Cyprus to be employed, you need to have an original employment letter from the Applicant's Employer in Cyprus, which is an official company paper with stamp and signature, date, and mentioning: the company's full address and contact details, the name and position of the countersigning officer, details about the applicant's employment such as position, salary, estimated duration, and details regarding additional conditions of the job. Meanwhile, the Cyprus Study Visa for Longer Stay is designed to allow foreign people to get an allowance to stay in Cyprus for an extended period. This visa is also for individuals who have been accepted into a state institution or university in Cyprus. Interestingly enough, Cyprus devotes more than 7% of its GDP to education, the third-largest proportion in the European Union. Although Cyprus is a member of the EU and follows the Bologna system, most schools and colleges follow the American educational system, allowing students to pick their academic load and courses.

How to get a Cyprus visa? A Cyprus long-term visa typically takes between 10 and 60 calendar days to complete. Of course, Cyprus visa processing time is solely dependent on the country from which you are applying for a visa. According to the visa policy of Cyprus, Cyprus visa fees for the longer-term costs from 25 to 50 euros, however as it was with the Cyprus visa processing time, Cyprus visa fees might vary slightly depending on your country of application, as well. You are usually expected to apply for a Cyprus long term visa at one of the Cyprus visa application centres in one of the responsible institutions, which in most cases are embassies or consulates in your country of residency. Unfortunately, suppose none of the given options exists in your residing country. In that case, you must apply to the embassy or consulate closest to your location, which is likely to be located in one of the neighbouring countries.

Topics
Apply for any visa in two clicks!
Visa
Do you want to get a Cyprus visa easily?
Get your visa now 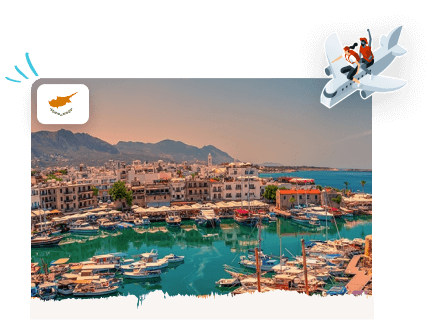