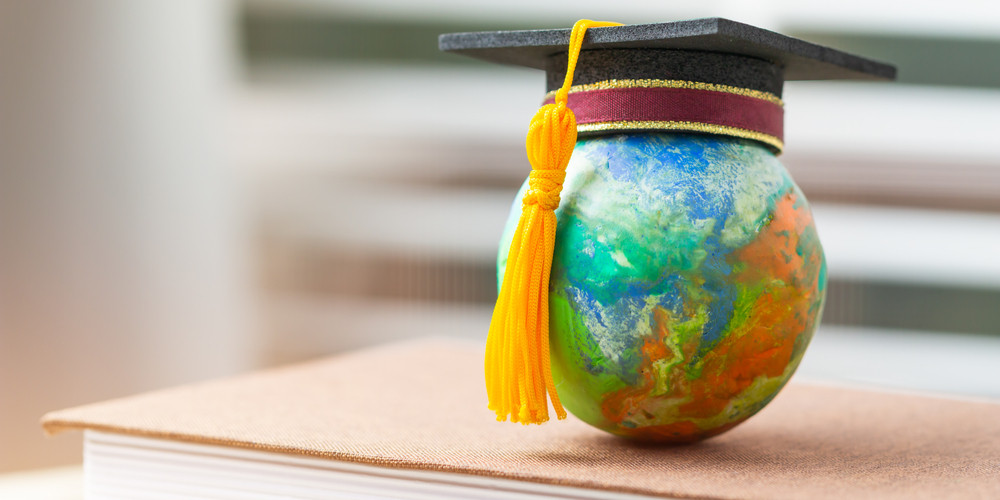 How to get study visa for Hong Kong?

How do i get a student visa to study in Hong Kong?

Let’s firstly look at where is Hong Kong, and more about its status before going to give our main topics related Hong Kong visa policy. Hong Kong, officially the People’s Republic of China’s Hong Kong Special Administrative Region (HKSAR), is a Chinese metropolitan area and specific legal region on the Pearl River. Hong Kong is one of the most densely populated places on the planet, with over 7.5 million residents of various nationalities living in a 1,104-square-kilometer territory.

After the Qing Empire ceded Hong Kong Island to Xin'an County at the end of the First Opium War in 1841, and then again in 1842, Hong Kong became a British colony. After the Second Opium War in 1860, the colony was extended to the Kowloon Peninsula, and in 1898, Britain obtained a 99-year lease of the New Territories. In 1997, China took over the entire territory. Under the principle of "one country, two systems," Hong Kong, one of China's two special administrative regions (the other being Macau), maintains a separate governing and economic system from mainland China.

Traditional Chinese culture and architecture coexist in Hong Kong with an iconic skyline of modern skyscrapers, visible reminders of the city's status as a global financial, trade, and logistics center. Hong Kong also aspires to be regional, if not global, hub for higher education, and is investing in initiatives aimed at increasing international student enrollments, diversifying the tertiary sector, and nurturing the city's already strong research and innovation culture.

Many Hong Kong universities already have the kind of international reputation that attracts students and scholars from all over the world. You will get information for your question on “How do I get a student visa to study in Hong Kong?” in one of the steps of the article. Anyone, planning to apply for a Hong Kong study visa application should factor in a period of adjustment. To begin with, life in this fast-paced, action-packed metropolis is likely to feel a bit like a whirlwind.

For tourism or certain business-related activities, visitors from over 145 countries are allowed to enter the Hong Kong Special Administrative Region without a visa for periods ranging from 7 to 180 days. All visitors must have a passport that is valid for at least one month. You will have more info on the Hong Kong visa free countries section of this article.

Nationals of all countries and territories, unless they have a right to land or right of abode in Hong Kong, must obtain entry permits or Hong Kong study visas from the Hong Kong Immigration Department, either directly or through one of China's diplomatic missions abroad, in order to engage in other activities such as study, employment, or the operation of a business. Hong Kong maintains its immigration and visa policies independently of the rest of China under the one country, two systems policy. As a result, entering Hong Kong from mainland China or Macau necessitates passing through mainland China or Macau immigration checkpoints.

Without a visa, citizens of about 170 countries and territories can visit Hong Kong and stay for periods ranging from 7 to 180 days, depending on their nationality and they do not need to fill the Hong Kong visa application form in this case.

For stays of 90 days or 180 days, citizens of the United States, Europe, Australia, Canada, and New Zealand do not need Hong Kong visa on arrival.

For citizens of Albania, Armenia, Cambodia, and other countries, a visa is required to enter Hong Kong.

All visitors to Hong Kong must have a passport that is valid for at least one month to six months after their intentional stay in Hong Kong, according to Hong Kong visa policy (depending on nationality).

You may need to apply for a China visa if you want to travel from Hong Kong to the mainland of China.

How do i get a student visa to study in Hong Kong?

After you've been accepted to a school, you'll need to apply for a student visa or entry permit and you need Hong Kong study visa requirements. Whether they are coming for an exchange program or to study full-time, all non-local students require a Hong Kong visa. Non-local teenagers should appoint a local sponsor, who can be the educational establishment granting the recognition or an individual, and provide the necessary supporting documents. The following Hong Kong study visa requirements are typically required by the Immigration Department, with additional supporting documents and information in connection with the application being required as needed. Upon receipt of all required documents, Hong Kong study visa application will normally take six weeks to process; apply as early as possible!

The applicant must provide the following documents:

• A photocopy of a valid travel document

• A photocopy of your Hong Kong driver's license (if any)

• A message from the academic institution confirming your acceptance.

• A duplicate of your financial documents, such as bank statements, savings account passbooks, tax receipts, and pay stubs (if the sponsor is the education institution)

• You have several options for submitting your application forms and supporting documents:

- By mail to the Receipt and Despatch Sub-Unit, Hong Kong Immigration Department, or through a local sponsor in the HKSAR;

- Applicants residing in other countries or territories may submit their application forms in person, along with all supporting documents and valid travel documents, to the Chinese diplomatic mission in their home country or;

• On the Mainland, Chinese occupants should proffer their applications to the Immigration Department through the academic institution that accepted them (the sponsor).

Upon admission, please contact your institution for visa information. Non-local students will be assisted in applying for visas or entry permits by individual institutions, which may even complete the process for them.

If you enroll in a full-time locally accredited local or non-local post-secondary program, you will be granted a length of stay that corresponds to the normal duration of your study program, up to a maximum of six years upon entry and the validity of the travel document held. Other students will typically be granted permission to stay for a period of 12 months upon entry or for the duration of their studies, whichever is shorter. If necessary, you may apply for a stay extension four weeks before your current stay expires to continue your studies in the HKSAR. Such applications will only be considered if the applicants continue to meet the requirements for admission to study. If endorsed, the stay will usually be extended on a yearly basis or in conformance with the length of their research findings, whichever is appropriate.

The sponsor must submit the following documents:

• The sponsor is the educational institution that accepts the application.

- (Sponsor) Assignment for Entry into Hong Kong to Study

• An individual as a sponsor

The aforementioned documents are included here too. Additionally:

- A photocopy of the sponsor's Hong Kong identification card is required.

- A duplicate of proof of the sponsor's financial status, such as financial records, bank account passbooks, tax receipts, and wage slips; and an assurance from the sponsor that the candidate will be financially supported while in the HKSAR.