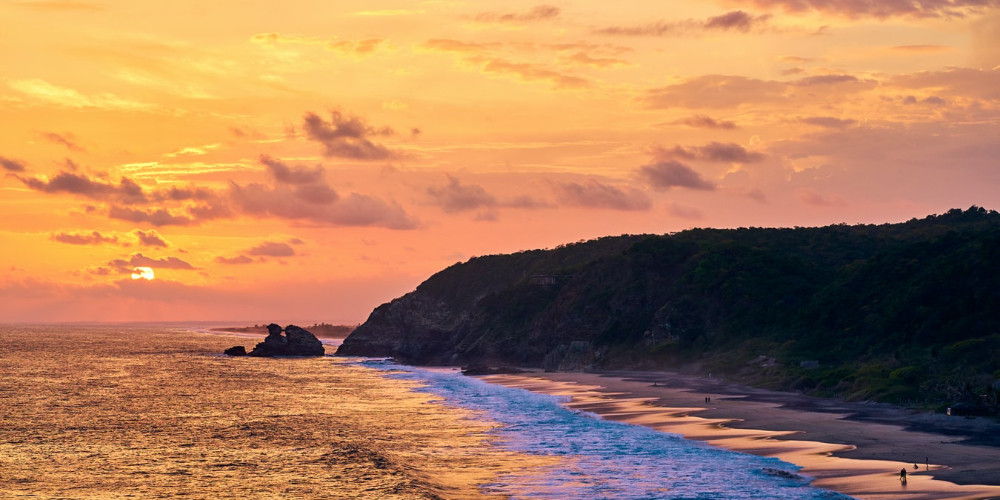 Tucked within the Comoros group of Islands is the quaint little piece of land called Mayotte. It used to be a French settlement back when Comoros used to be a French colony. After attaining independence in 1975, Comoros became a sovereign nation, but Mayotte remained a part of France and is one of its overseas dependents. As per the French Government titles, Mayotte is referred to as the Department of Mayotte. This status is recent, and it remains the poorest regions of France by a wide margin. Because of its geographical isolation, travellers throw up bewildering questions as "Where is Mayotte?"

It is one of the islands of the Comoros group of islands. Of all the islands that make up the archipelago, Mayotte Island is one of the least visited. The Mayotte population is estimated to be 250000 inhabitants per the latest census and attracts not more than 60000 tourists annually to visit their beaches and mountains. One of the reasons for the Mayotte population's lesser count has been an exodus to greener pastures.

How to travel to Mayotte Island?

Island is expensive. Air tickets from neighbouring islands cost as much as 300 Euros or some. However, the more dangerous route is by sea. The expanse of water separating Mayotte and its nearest islands often joke as the biggest cemetery since it has the ignominy of drowning thousands of Comorans who visit the island. However, this does not deter inter-island movements or even tourists' movement—lookout for the boat's quality. A higher-priced one is generally much safer and swifter too. Mayotte lies in the lap of nature. With crystal clear water on all sides and Mayotte beaches galore, the island of Mayotte is veritable heaven on Earth. With not many visitors, it has also been able to maintain its environment and is generally clean.

The economy of Mayotte Island

On the flip side - there has been economic hardship that has befallen on the natives of the island. Being far from its administering country, Mayotte does not have the economic glitz, that France does. It has led to an undercurrent of dissatisfaction among the locals. Despite all these issues, the island remains an epitome of safety for the unsuspecting traveller. Local Mayotte people are warm and friendly, which add to the perfectness of the place.

is known for its lagoons. It is one of the world's most fascinating places to look for lagoons. The lagoon of Mayotte is one of the largest in the world. It is without any doubt also the most beautiful lagoon in the Indian Ocean. The double barrier reef runs for nearly 200 km and ranges from 100 m to 500 m in width. Swimmers find it easy to reach the first barrier since is it just 200 m from the edge.

Flora and fauna of this unique ecosystem is breath-taking. Coral reef aficionados find the lagoons at Mayotte a great place to study sea life. This amphitheatre teems with the life of a different kind. At low tide, the corals can be viewed more closely. The difference between low and high tide is more than 4 metres, and this helps in viewing the underwater life more closely.

is never too cold or hot. Its splendid weather around the year ensures that the lagoon's temperature is maintained between 28 degrees C to 30 degrees C. It calls for a pleasurable round of splashing around in the turquoise water.  However, June, September and October are the months that are ideal for a visit to the lagoon. Scuba diving is the other favourite sport that travellers indulge in. It has attracted more participants in the recent past than previously and has got to do with the excellent passes that the lagoons have. The Mayotte lagoon offers varied depths and underwater landscape making scuba diving an exhilarating venture. Passes are ranging from 60 to 80 metres which are recommended since strong currents are a reality during high tide. Here's a look at the 12 Instagrammable places in Mayotte that entice as well as enthral.

is a small settlement in Mamoudzou. It is mainly a fishing community, but with the growth of tourism, this place's economy is undergoing a mild diversification.

is a hidden gem, and not much traffic can be seen there. Another Mamoudzou secrets which were hidden from tourists for a long time.

Plage de Moya is the witch of the clan, they say. Beautiful and charming, Plage de Moya is the cornerstone of Pamandzi. The town of Pamanzi has seen a steady proliferation of restaurants and guest houses, given the slowly rising numbers of international tourists. However, Plage de Moya remains the lady that beckons all with her pure elegance and a blue sky.

The Office de Tourisme at Mamoudzou is the official tourism office. It provides enquiries and bookings to visitors and is quite efficient in their performance. However, it pays to be patient while dealing with them since the native Mayotte language happens to be French, and English is a foreign language. The old French building is one of the oft-photographed buildings in the town.

Mamoudzou is also famous for its charming little museum which showcases French maritime traditions. This museum, also called the MUMA Musee de Mayotte, is home to the island's culture and traditions. It has artefacts dating to the past French naval exploits as well as the history of the island. It has a helpful staff, and the museum is well kept.

More often than not, the charm and excitement of Mamoudzou and Pamandzi overwhelm you that it is easy to miss Bandrele. However, it would be unfair to one of the best beaches on the island to not be given an opportunity. The Plage de Sakouli is as good a beach as they come. White sand, helmed by mountains and a green cover surrounding it, the Plage de Sakouli is straight out of a fantastical movie. Lie on its beach and let time wither away. Let the distant chaos of civilisation take its path.

The botanical garden at Ouangani, Jardin Botanique de Coconi is also an enjoyable place. It houses flora though the variety is not as large as expected. For a place of Ouangani's size, it is a sizeable institution and has visitors thronging it. The Botanique is not as famous as its other counterparts are in the different parts of the world, but that's because we are in the land of the umpteen beaches.

We are now at the southern tip of the island in a place called Kanikeli whose claim to fame is the gorgeous Plage de N'Gouja. This beach is among the most "Instagrammable" on the island. Not a huge beach but secluded and hidden behind a block of forests and mountains. The ideal place to survive doomsday.

The Tahiti Plage is one of the coral reefs though not much has been told about it. Its primaeval turquoise water enables snorkelling and scuba diving. One has to visit the hamlet of Sada to be able to reach Tahiti Plage.

If inland lakes are what excites you, another water body is nestled amidst dense foliage in Combani. The Retenue Collinaire de Combani is as sheltered as they come. The entire area is covered with dense forest, and though there is a jetty, boats' unavailability is a reality. So be a part of the birds and bees and let the forest mesmerise you while you Instagram the Retenue.

is the capital of Mayotte and also its largest town. It is a quaint little commune that overlooks some of the fascinating beaches and lagoons in the world. However, let the size of the city not take you by surprise. It is a fascinating mix of French and Arabic influence, and the architecture reflects the same too. Mayotte's journey would mean a must stopover at Mamoudzou because it is the centre of most Mayotte activities. The island's local administration is run from this city, and hence many of the island's modern institutions will be found here. Do not forget to visit the market place and the city centre. Of course, you always have the beaches and the wide expanse of the sea to run away to. Mamoudzou has plenty of it and more.

The North Coast of the island consists of mountains which descend to the sea. The Baie de Handrema is the best viewpoint to look out at the sea. It also from this point will you be able to see the beautiful island of Chissioua Handrema. This isolated piece of land floats like a pearl amidst the vast blue. This excursion should be part of the "How to find Instagrammable places?" any day. A decrease in the Mayotte population also renders most of the island empty and sparse.  Ask yourself "Where is Mayotte?" and the heart will point to itself.Travel to Mayotte and realise the nature's true self. How to find Instagrammable places? One of the best ways to find the most Instagrammable places globally is by researching the Instagram app or simply doing a Goggle Image search and looking for pictures originally posted on Instagram. It will give you an idea of the spots that have been visited the most and photographed. The search of "How to find Instagrammable places?" will often lead you to some of the most extraordinary places on Earth. Please make a list of them and start packing your bag.

Apply for any visa in two clicks!
Topics
Islands
Do you want to get a Mayotte visa easily?
Get your visa now 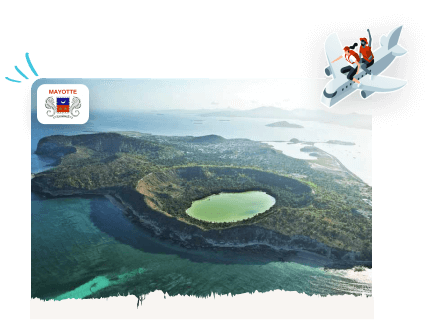