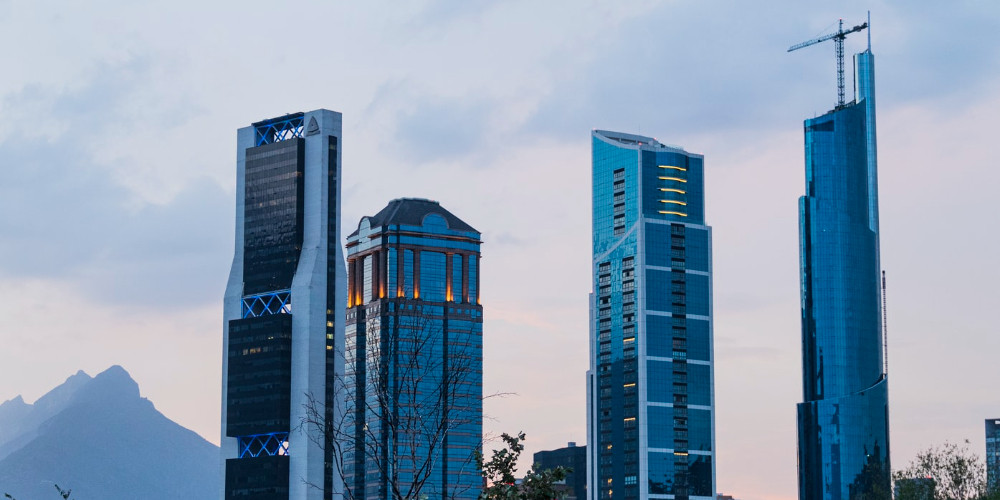 Where is Monterrey located?

1. An impression of the past at the Barrio Antiguo

3. Step into another reality at the Garcia Caves

5. Water cascades at the Horsetail Falls

6. Monterrey Stadium with a perfect view of the mountains

7. Stairway to knowledge at Libreria Conarte

9. On top of the world at Pico Norte of Cerro De La Silla

10. The view of the lifetime at La Huasteca Cueva De La Virgen

11. Architecture in the Museum of Steel

Monterrey might as well be one of the most important yet still undervalued cities in the whole big country of Mexico. Where is Monterrey after all, right? Without a doubt, most tourists will first aim for those typical destinations like Cancun, Guadalajara, Acapulco, or Tulum. So why should you bother discovering tourist places in Monterrey Mexico? Just check out the most liked Instagram photos from this city. It is beautiful, modern, and very Instagrammable that will make you go for a Mexico visa!

Before we move forward, let me point out one significant fact. Always, always make sure you are researching and looking for the right city! You see, there is a Monterey (with one r) in the state of California, USA. Do not get me wrong - Monterey is a beautiful place, but totally different from the similar-sounding counterpart in Mexico!

So let’s get back to the topic of this article. I will tell you what cool places in Monterrey Mexico you should visit! Who knows, maybe your most liked photo on Instagram will be created right there? But before listing the most Instagrammable places, you will get a little bit of background information too. Shall we?

Where is Monterrey located?

Not many know where is Monterrey located due to its lack of popularity among the typical tourist crowd. It is actually located just about 200km south of the border with the USA. It makes it a perfect destination for those who want to squeeze in visits to both of the countries on the same trip.

There is no accident in the fact that this city is the wealthiest per capita in Mexico. It is a solid industrial and financial center and has been one for some time already. But the greatest wealth of Monterrey lies in the natural resources that keep stunning the locals and the globetrotters alike. It is actually often called the city of mountains - read on to get an impression of why it is so. It is a place full of opportunities and of Instagrammable places that you are about to hear now!

1. An impression of the past at the Barrio Antiguo

This is one of the most typical tourist places in Monterrey Mexico. After all - it has some of the most beautiful examples of the typical colonial architecture from the 18th and 19th centuries. The obvious interest of tourists is a reason why many of the most liked Instagram photos from Monterrey are taken right there. But do not worry much about finding your unique angle! The colorful buildings, cafes, boutiques, and many other corners of this charming part of the city will be a great location for your perfect little photoshoot in Monterrey.

You will see later several other places to visit in Monterrey Mexico, for the mountain views and nature. This one stands out with its double purpose. Besides being one of the truly most Instagrammable places, it is also the best panorama deck for the city. Just make yourself look brave and post a pic from that rock to stun your followers. And enjoy the view!

3. Step into another reality at the Garcia Caves

Still unsure what cool places in Monterrey Mexico are there for the Instagram savvy crowd? My answer is stalactites, stalagmites, and a landscape that resembles a rocky desert. All that perfectly lit by colorful beam lights to emphasize the textures and other millions-years-old features. One of the largest cave systems in Mexico is located just about 30km away from Monterrey. It is the spectacular Garcia Caves that you should definitely put on your itinerary when researching what to do in Monterrey Mexico!

Paseo Santa Lucia is literally one of the most romantic Instagrammable places to be in Monterrey. A riverwalk on the banks of the Santa Lucia river stretches for about 3 kilometers. If you are still undecided about what cool places in Monterrey Mexico, to visit for your perfect insta shots, just get on a boat and let the waters bring you down the river! You will see many landmarks and cute cafes with terraces overlooking the water. A charming way to note down the places to visit later, isn’t it?

5. Water cascades at the Horsetail Falls

The Cascada Cola de Caballo (Horse Tail Waterfall) is a short ride away from the city itself. Locals consider it one of the most beautiful places to visit in Monterrey Mexico, so why not explore that, right? Head there for a calm afternoon and flood your Instagram with nature images!

6. Monterrey Stadium with a perfect view of the mountains

Most often, this one will not be named among the most common tourist places in Monterrey Mexico, but it is fine. If your aim is to snap spectacular views, go there shortly before sunset and get a genuinely spectacular image with the mountains visible right through the opening of the stadium. This is also a great activity if you are still thinking about what to do in Monterrey Mexico - go to a football game!

7. Stairway to knowledge at Libreria Conarte

The reading corner of this library is definitely among the most Instagrammable places in Monterrey Mexico. Geometrically placed stairs with soft cushions and a 180-degree bookshelf that covers the walls and the ceiling. Did I mention the perfect lighting?

This is definitely one of the most Instagrammable places in Monterrey Mexico. Especially if you like taking images of pretty cafes and colorful desserts. Get a hint of green on your Instagram photos by ordering a matcha sundae and enjoy the flavor of it while sitting on swings with the most perfect insta-appeal. By this, I mean - a wall of plants and the most spectacular treetop mountain view through the window.

9. On top of the world at Pico Norte of Cerro De La Silla

Many people who travel to Monterrey Mexico will come back home with an image of the spectacular Cerro De La Silla. Not necessarily because they have been brave enough to do the hike to the top, but because its particular saddle-shaped peaks are visible from many parts of the city. Nevertheless, if you feel fit enough and are up for a challenge, then head right to Pico Norte. It is the most Instagrammable angle of the mountain range. Just take a look at some occasional most liked photo on Instagram to understand what I am talking about. You, the whole world under your feet, and a neverending flow of likes under your image.

10. The view of the lifetime at La Huasteca Cueva De La Virgen

This spot is definitely not for the faint-hearted, and you will have to be in great physical shape. Probably that is why you will rarely hear that this is the reason why people travel to Monterrey Mexico. But here’s why it is great for you. Get some rarely-seen but breathtaking images and see yourself being placed among the most liked Instagram photos in no time! Believe me; I am not exaggerating. This cave is really that Instagrammable yet unique to earn you the title. And unforgettable memories too!

11. Architecture in the Museum of Steel

Built-in a former steel mill, this is definitely one of the must-see places to visit in Monterrey Mexico! The building is something so unique and photogenic, and you will find lots of corners to play out the wildest creative photoshoots. Just decide what you would like to feature on your Instagram photos! The exterior is lit by colorful beams in the night or the geometry of the steel interior.

Cabrito, in the literal translation, means “the little goat.” That happens to be one of the most favorite local specialties in Monterrey. A baby goat spatchcocked and slowly roasted on a spit over the heat coming from the hot coil. Even though the sight might be less appetizing for some, the succulent piece of meat you will receive on your plate will make all the concerns go away. For trying the delicious thing, I suggest going for one of the most Instagrammable places in Monterrey Mexico - El Rey del Cabrito. Rich interior with royal cues, colorful tilework, and a lively clientele. And don’t forget tables full of food for your #foodstagram. Full of opportunities for your daily snap!

Now a short recap. Monterrey is a modern city with loads of beautiful nature, finger-licking-delicious foods, and vibrancy to it. It might lack in just one department - the white sand beach. But it compensates instead with lush forests, breathtaking mountain trails, and modern city life just minutes away from those. Just travel to Monterrey Mexico, to see it with your own eyes! Or let me rephrase this - to show it through the camera eye to the rest of the world. And who knows - maybe your next most liked photo on Instagram will be taken right there. Because, hopefully, this article has helped you to figure out what to do in Monterrey Mexico to get some eye-catching Instagram photos. See you there!