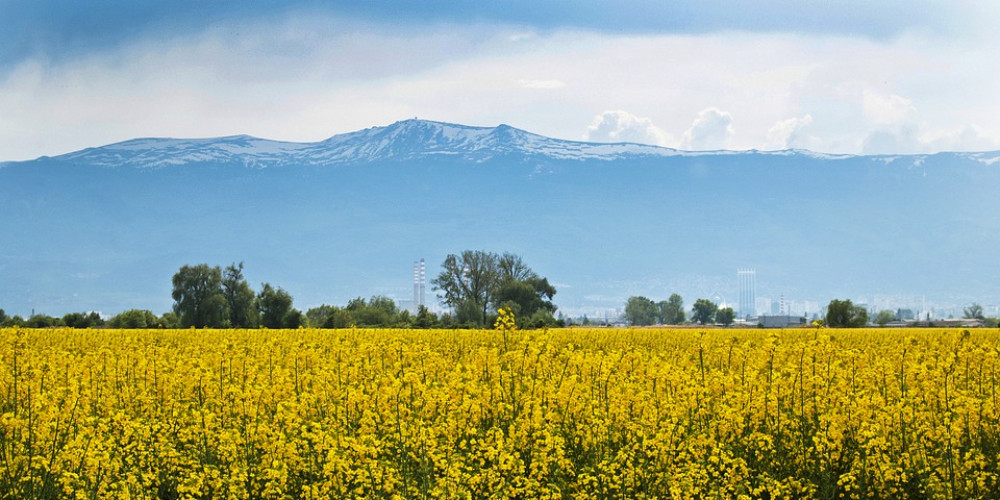 There are many Instagrammable places in the capital of Bulgaria, and each historical landmark will give you a new look at the complex past of Sofia. Think of the churches that have spent several centuries of their existence here as mosques, the imperious Soviet architecture, or the Roman history that is still open and merges with the modern city. Many of the buildings you will see date back to the Bulgarian Renaissance era in the late 19th century, when the country regained its independence from the Ottoman Empire, and always in the south-west rises the monumental Vitosha Mountain.

Where is Sofia located?

Sofia is the largest city and capital of Bulgaria. It is located in the valley of the same name at the foot of Vitosha Mountain in the western part of the country. The city is built to the west of the Iskar River and has many mineral springs, such as the Sofia Central Mineral Baths. The climate in the city is humid continental. Located in the center of the Balkans, it is halfway between the Black Sea and the Adriatic Sea, and is also closest to the Aegean Sea. Known as Serdika in ancient times and Sredets in the Middle Ages, the present capital of Bulgaria has been an area of human habitation since at least 7000 BC. The recorded history of the city begins with the confirmation of the conquest of Cerdica by the Roman Republic in 29 BC from the Celtic tribe of Cerdi. During the decline of the Roman Empire, the city was raided by the Huns, Visigoths, Avars and Slavs. In 809, Serdica was incorporated into the Bulgarian Empire by Khan Krum and became known as Sredets. In 1018. The Byzantines put an end to Bulgarian rule until 1194, when it was re-incorporated into the revived Bulgarian kingdom. Sredec became a major administrative, economic, cultural and literary center until its conquest by the Ottomans in 1382. From 1530 to 1826, the area where is Sofia located was the center of Rumelia Eyalet, a key province of the Ottoman Empire in Europe. Bulgarian rule was restored in 1878. The following year, Sofia was chosen as the capital of the Third Bulgarian state, marking the beginning of a period of intense demographic and economic growth. So, what to see in Sofia? In modern Sofia, of course.

The Instagrammable places of Sofia are not complete without this magical cathedral. The scale of this building will blow up your usual views of cathedrals. Inside, the Cathedral of St. Alexander Nevsky accommodates 10,000 people and is the second largest cathedral in the Balkans. Like much of Sofia's majestic architecture, the city's cathedral dates back to the 1880s. This happened immediately after the overthrow of the Ottoman Empire and the restoration of the state of Bulgaria. It was originally dedicated to the Russian soldiers who died during this liberation. When you are inside, look at the ceiling of the main dome, which has a mural depicting the Lord God. The crypt here is open to visitors and has a large collection of icons.

The heart of ancient Serdica and the oldest building in modern Sofia, this red brick church was built back in the 300s. It is amazing that this building has survived intact for so much time, and all around are interesting little details that have struck home to the great era of this place and the civilizations that have passed through this time. Step inside to take a look at the detailed medieval frescoes that were painted by the Ottomans when the church was converted into a mosque in the 1600s. They were only rediscovered and restored in the 1990s. Outside, you can see the flagpoles of the Roman street and other remains of ancient Cerdica.

It is the church that gave the city of Sofia its name in the 1300s during the Second Bulgarian Kingdom. This unassuming red brick building dates back to Byzantine times and was founded in the 500s on top of the ancient necropolis city of Serdica, as well as an older church built a century earlier. When visiting, you can see the remains of this ancient church and tomb dating back more than 1500 years. For two centuries after the Ottoman invasion, it was a mosque, but was abandoned after one earthquake in the 1800s destroyed the minaret and another killed two of the imam's sons.

What to see in Sofia

is the most bizarre street of the city, Vitosha Boulevard - a place where all the chic boutiques and fashion houses are concentrated. If you're not a fan of high-end shopping, then you can just console yourself with this Instagrammable view of Vitosha Mountain, which is covered in snow dust most of the year and framed by tall street buildings. It's a very pleasant place to spend a couple of hours; the cafes along the pedestrian street have outdoor seating areas, and in recent years the lampposts, benches and kiosks have been converted into an elegant Art Nouveau style reminiscent of the early years of the Bulgarian Renaissance.

On the lower slopes of Vitosha Mountain (which we will come to later) is this UNESCO Heritage site. The location of this medieval church is almost fabulous, in a grove of tall coniferous trees in a quiet suburb of the city. The Boyana Church was built in three stages from the 1000s to the 1800s, but the most important additions were made during the Second Bulgarian Kingdom in the 1200s. It was then that the fabulous interior murals were painted, depicting some 240 historical and biblical figures in a realistic style 200 years before Renaissance artists did the same. The paintings by an unknown artist include contemporary portraits of two Bulgarian rulers, Tsar Konstantin Assen and Tsar Koloyan, next to their wives.

is one of the best Instagrammable places in Sofia. Climbing more than 2,200 meters beyond the southwestern suburbs of Sofia, you'll see Vitosha, a monumental peak in a natural park that promises more adventure than you could ever squeeze into a single trip. The easiest way to get to Vitosha is via Aleko, a mountain ski resort, where you will be dropped off by the Simeonovo gondola lift. From there, the walk to the Black Peak of Vitoshi is surprisingly easy when the weather is good in spring or autumn, as the peak is part of a large plateau that seems to go on forever, thanks to its slight incline. Of course, you should not go so far to enjoy the incredible, dizzying view of Sofia.

Ferdinand I was still alive when this museum was opened back in 1905 as a way to gather under one roof all the important archaeological finds scattered around city of Sofia and Bulgaria. And the roof they chose was the roof of the city's former Grand Mosque, decommissioned after the Bulgarian Renaissance. The main sections here are the Prehistory, the Main Hall (containing items from classical civilizations), the Medieval Section, and the Treasury. Last on the list are the treasures of Valchitran and Lukovit, two breathtaking troves of Thracian gold. The treasure of Lukovit, discovered in 1953, dates back to the time of Alexander the Great's invasion of Thrace in 400 BC.

The Instagrammable places of Sofia are full of history. The National Historical Museum is located in the residence of former dictator Todor Zhivkov. The house of this museum is also part of the Bulgarian history. It is a slab of Stalinist architecture with a massive open courtyard. The museum's collection is gigantic, with 65,000 exhibits - only a tenth of what is stored in its archives behind the scenes. The variety of exhibits here is also striking, ranging from 20th-century space exploration equipment to treasures belonging to the Odrijans, who held power in Bulgaria until their conquest by the Romans in the 1st century.

The Viennese architects Helmer and Fellner, responsible for the catalog of extravagant buildings throughout Central Europe, built this theater in 1909. Ivan Vazov National Theater is a majestic neoclassical structure that remains the last word in Bulgarian culture to this day. The building with its towering portico is an Instagrammable landmark in Bulgaria, appearing on banknotes, and is best known for its dramatic productions. The main director here is Alexander Morfov, who is responsible for the famous Bulgarian and Russian-language adaptations of the plays of Don Quixote and Shakespeare here and in Russia.

Sofia's most famous park was landscaped in the 1880s just after the Bulgarian Renaissance, making it the oldest in the city. Over the next 50 years, it was designed by three different designers: the Swiss Daniel Neff, the Alsatian Joseph Frey, and then the Bulgarian Georgy Dutev (when Soviet monuments were erected in the park). But what's impressive is that all the landscape designers worked within the original plan, and the result is a nice sense of consistency for such a large project. All this creates a refreshing afternoon environment, and if you come here in the summer evening, there are free concerts where you can enjoy the beautiful music and views. With Bulgaria, I personally have the warmest memories and a lot of love for these wonderful people who live in this country. Do not give in to the stereotypes about the poverty of Bulgaria, because it is rich in Bulgarian history, beauty and infinite kindness, which makes it one of the best Instagrammable countries in the world.

Topics
Apply for any visa in two clicks!
Cities
Do you want to get a Bulgaria visa easily?
Get your visa now 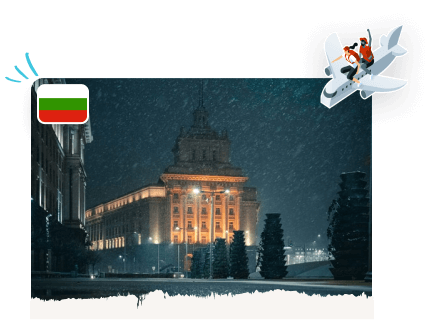