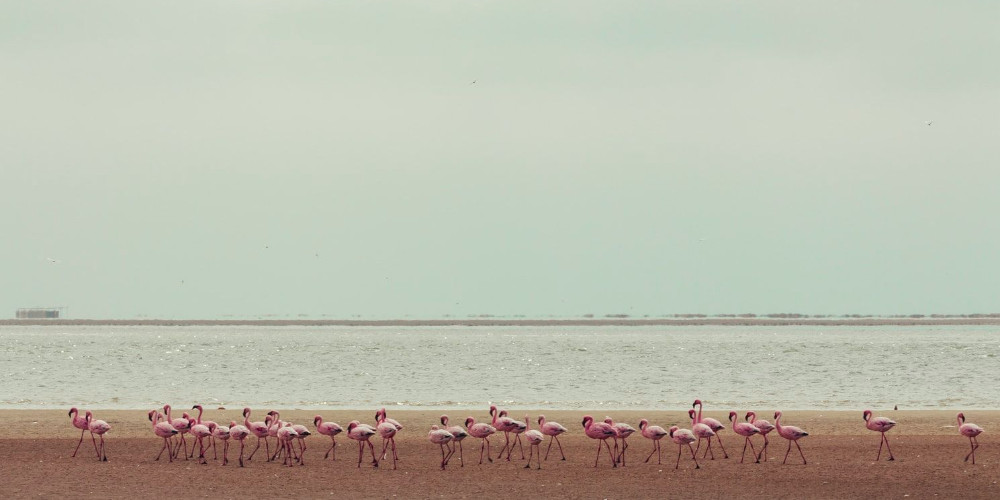 Do you know where is Windhoek located? Windhoek is the largest city and capital of Namibia. It is located on the Khomas Upland, at an altitude of 1628 m. The territory of the city is 645 square km, the population is 277 thousand inhabitants.

From Afrikaans, “Windhoek” means “a place where the winds blow.” However, this is a great exaggeration. The city is rightfully considered the greenest city in the country, thanks to a rather mild climate, the largest amount of precipitation for a desert. In the summer months, the temperature rarely rises above 30 degrees, and in winter it rarely drops below 7 degrees.

Windhoek amazingly combines the spirit of a colonial country and a modern dynamic city. The most German city in Africa, and now from a colonial town has turned into the capital of a country with a population of about 300,000 inhabitants. After the German domination, beautiful architecture remained here, always clean streets and a fairly high standard of living.

Are planning to travel to Windhoek Namibia but don’t know what to do in Windhoek? We will help you!

But for those on a tight budget and doesn’t want to spend their money on hotels in Windhoek Namibia, we can recommend Chameleon Backpackers. Chameleon is one of the few hostels in a town. It is very cheap and close to the centre of town.

The Von Bach recreational resort is one of the mandatory places to visit in Windhoek Namibia. It is located 3.5 kilometres south of Okahandja and seventy kilometres from Windhoek. The von Bach dam and the park itself cover an area of approximately 43 square kilometres. This place is very eminent with nature walks and hikers. Also, the resort is particularly popular with anglers. There are carps, longhorns, blue curper, and much other fish.

For outdoor enthusiasts, there are all conditions for water sports - windsurfing, water skiing, sailing, and canoeing.

2. Memorial stone for the annexation of Namibia to Germany

The colonization of inner Namibia began in 1884 by Germany, which declared a protectorate over the territorial acquisition of the Bremen merchant Luderitz, who bought the Angra Pekena bay and the adjacent area from the leader of one of the Nama tribes. The Germans then managed to impose on the local leaders the so-called “treaty of protection”, that is, a protectorate, and soon a significant part of the country’s territory was under German control. To manage the new possessions, the “German Colonial Society of Southeast Africa” was created, which lasted 10 years. When society became unable to cope with the armed resistance of the Namibians, official Berlin sent Governor Theodore Leitwein there, after which the first white settlers arrived in Namibia, the country, where is Windhoek located.

Southeast Reserve, also known as the National Botanical Garden, and is located in the heart of the city of Windhoek. The area was originally designated as a nature park, but due to lack of funding, this project has not yet been implemented. The reserve area is only 0.12 square kilometres. Its foundation dates back to 1970.

In 1990, the National Botanical Research Institute (NBRI) moved to a building adjacent to the reserve, and work was carried out to improve the garden with an emphasis on education and recreation. Most of the reserve has been landscaped and landscaped to preserve the flora in their natural environment. This allows visitors to compare the common local vegetation and the fruits of wise gardening.

The old fortress, which houses the regional and historical department of the National Museum of Namibia, is already of considerable interest in itself. The old fortress was built in 1890 by the German colonialists and was used to prevent wars between the Nama and Herero tribes. Today the date of laying the first stone of the fortress is considered the date of the foundation of the city of Windhoek. On the towers and walls of the Old Fortress, the tools that were installed here at the time of its construction are still preserved.

If you want to travel to Windhoek Namibia, don’t forget to visit the Taxidermy hall.

Taxidermy hall is situated about two kilometres from the capital in the direction of the international airport is the Taxidermy Hall, where stuffed animals of almost all animals found in Namibia, where is Windhoek located, are exhibited. The hall is decorated in a desert style, there is also a restaurant and a small snake park, where you can see poisonous snakes, placed in large glass enclosures.

Monument to the memory of the soldiers who died during the Herero and Nama uprising in 1904. Historical background: In 1890, the settlement of the local Herero and Ovambo tribes was captured by German legionaries, and the capital of the German colony in southern Africa was created in its place. The local population fiercely resisted the invaders. In one night, the Herero massacred the entire detachment of the colonial troops - soldiers, officers, along with their families. Then, by sea, a whole division was sent to Windhoek, which no less harshly dealt with the resistance.

Christuskirche on Fidel Castro Street. Windhoek’s main church was built in 1907 by architect Gottlieb Redecker. Wikipedia: Christ Church (German Christuskirche, English Christ Church) is a Lutheran church in Windhoek, Namibia. One of the main attractions of the city. The building was designed by Gottlieb Redeker. Construction began in April 1896 under the direction of Pastor Wilhelm Antz. After the end of the war between the Germans and the Hottentots, Herero and Ovambo, the building was consecrated as the Church of Peace.

Established in 1962, Dan Vilyon Nature Reserve is the smallest in Namibia. Its peculiarity is a unique combination of rich biological diversity and developed Instagrammable tourist infrastructure. It is listed among the wonderful places to visit in Windhoek Namibia. Your Instagram will be eye-catching!

The territory of the reserve is a hilly area, which is a habitat for many species of birds and animals. For example, walking in the park, tourists can meet gazelles, giraffes, antelopes, zebras, baboons, and many other animals, as well as a large number of birds. Despite the closeness to nature, there is a hotel in reserve, where visitors have access to modern rooms with all amenities, restaurants, cafes, as well as the opportunity to go in for active sports.

There is a gem processing factory in the Northern Industrial Zonenami. It is one of the Instagrammable places in Windhoek. You will be able to see the whole process of the birth of diamonds, after processing and polishing, they will sparkle with all their facets. Therefore, your time in Windhoek will also be educational.

There is a shop at the factory where you can buy your favourites at a “tax-free” price. Travel to Windhoek Namibia and see this Instagrammable jewellery!

Okonjima was a small guest farm established in 1986. Don Vain and Rosa Hansen have been breeding cattle here for many years. But after the death rate of animals greatly increased and Namibia gained independence, the owners decided to open a park to preserve endangered species.

Animals rescued by the Afriket Foundation from private livestock breeders live in the park. The Foundation is dedicated to the protection and rescue of large carnivores in Namibia. Although initially, in 1993, he was only concerned with the conservation of the Cheetah leopard species. The reserve guests can observe wild cats in their natural habitat, making it one of the most Instagrammable reserves in Namibia.

All three stone castles in Windhoek - Sanderburg, Heinzburg, and Schwerinsburg - are similar to each other, because they were built and restored by the same architect - German Wilhelm Sander. All of them are highly Instagrammable, where you can take the most liked Instagram photos. Wilhelm was a romantic and peculiar person because all the castles look like they were erected based on fairy-tale books: medieval turrets and walls with battlements.

The clock tower is considered one of the most Instagrammable attractions in the capital of Namibia.

The clock tower is traditionally considered one of the most popular tourist attractions in the Namibian capital. There are always many people near her who want to capture themselves in a photograph against her background and post on Instagram.

We hope that we could make you acquainted with some of the Instagrammable places and things what to do in Windhoek! Enjoy your time in Windhoek and get the most liked Instagram photos!