11 reasons why you should travel to Lesotho right now 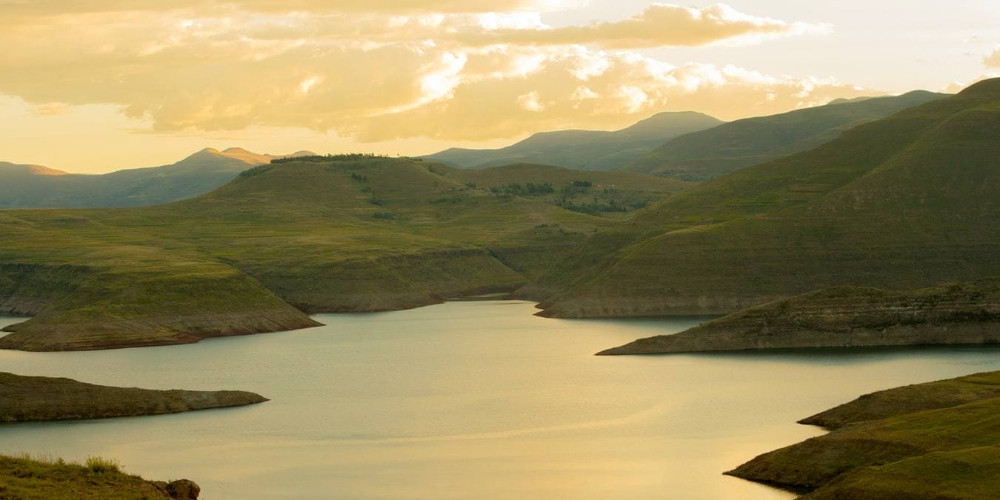 Surrounded by the country of South Africa on all sides, this landlocked nation is what dreams are made of. Perched at an elevation, Lesotho is nature’s child. With rivers and valleys dotting the entire country and Mount Qiloane, the iconic mountain and pride of the nation at the centre of the scheme of things, there are enough reasons why you should travel to Lesotho. However, the pertinent question that international travellers ask is whether is it safe to travel to Lesotho. We already know why you should travel to Lesotho right now. It is also pertinent to know that Lesotho is as safe a place as every other place. Hence is it safe to travel to Lesotho? It is a resounding yes.

For a globetrotting traveller, an important question to ask is where is Lesotho. Lesotho is situated at the southern part of Africa. It is an enclaved country, surrounded by South Africa. However, it is not a microstate but an independent and sovereign nation with a population of around 2 million and covering approximately 30000 square kilometres. On an atlas, it is sometimes hard to locate where is Lesotho. But now that we know where is Lesotho, things are surely going to get easier.

Maseru is the Lesotho capital. It is situated on the Caledon River and sits on the Lesotho-South African border. The Lesotho Capital was originally set up as a police camp and later became the capital when the country became a British Protectorate. That was in the year 1869. Since then, the Lesotho capital has undergone a massive transformation. One can see modernity across the length and breadth of the largest city of Lesotho.

The Lesotho flag was adopted on its 40th anniversary, on 4th of October, 2006. It features a blue, white and green horizontal tricolour with a black mokorotlo at the centre. The mokorotlo is a traditional Lesotho hat.

The Lesotho flag resembles a state which is at peace internally as well as at peace with its only external neighbour, South Africa.

The name Lesotho means those who can speak Sesotho. The Lesotho language family consists of the following dialects: Phuthi, Sesotho, Xhosa, Zulu. They all belong to the Niger-Congo language group.

How to spend time in Lesotho

There is plenty to do while you spend time in Lesotho. Here are 11 reasons why you should travel to Lesotho right now:

1. It sits on the clouds

Well literally. With an average elevation of more than 1400 metres, the entire country is up in the sky. It is also aptly called “A kingdom in the sky”.

The nation is a kingdom, i.e. it is a constitutional monarchy. Letsie III is the at the helm of affairs currently. The incumbent king is British educated, is married, has three kids which also includes his heir Prince Lerotholi.

It is a small country, but most of it is still untouched. The wilderness is vast, and those deep mountain passes are a haven for hikers. Adventure tourism is one of the rapidly expanding segments of Lesotho.

Maletsunyane is the continent’s highest single-drop waterfall. There is a rope attached right next to it which drops for almost 204 m. This is the world’s longest commercial abseil. Try it only if you are trained in it and not afraid of heights. The way down is a long way down.

The country is a delight for bikers. With uneven stretches and mountain passes, mountain biking is an adventure here. The area around Sani Pass is ideal for biking, especially along the Mkzoma River. There are wide mountain valleys and excellent biking trails to follow too. However, the word of advice is that one has to be a trained biker to be able to take part in the adventure sport. There are many private companies which rent adventure biking equipment for a fairly reasonable price.

There are a few competitions too which avid mountain bikers can participate in. The 3-day Kingdom Enduro or the 6 day Lesotho Sky Stage are competitions of international fame.

The Drakensberg escarpment is a trail that must be taken. The country does not have a well-developed highway system. That means that it has a highly developed footpath and bridge way system and if you can walk for hours and miles, then the country is all yours.

Katse Dam is the highest dam wall in the whole of Africa. A sheer drop would mean a fall of around 2000 metres. The entire reservoir can be watched from the mountain top. The hike across the mountain tops will give you some of the best time in Lesotho.

This is a short but steep pass, not very far from the capital city of Maseru. The pass is cut through limestone formations. To access the top, there are two easy accesses. This is a moderate hiking trail, and a little effort is needed to reach the top. However, the view from the top is breath-taking and landscapes like these are the reason why you should travel to Lesotho more often.

This is strictly for long-distance runners and athletes, since the sheer distance and elevation may be a challenge for the less fit. Lesotho is home to some of the best terrain for high altitude running. The dramatic 25 km trail is aptly called the roof of Africa linking Bokong Nature Reserve with Ts’Ehlanyane National Park. The landscape surrounding the entire trail is simply to die for.

This trail has been used by many to test endurance, and an annual long-distance run is also organised for the fitness junkies. The setting Sun forms an ethereal backdrop which cannot be missed at any cost. The roof of Africa is indeed the roof but with a heart.

Do not get misled by the size of the country. Lesotho may be small in size, but the possibilities it provides is immense. Since we had already answered the question: is it safe to travel to Lesotho, we can solely focus on the umpteen adventures awaiting us. The majority of time in Lesotho will be spent on rappelling, hiking, walking down beautiful passes and mostly being in awe of an amazing landscape. The borders with South Africa are some of the most visited sites. High mountains and valleys are cutting through them. These are also some of the most isolated places on Earth. The peace and tranquillity are infectious. Even the Lesotho flag talks about the neighbourly bonhomie.

Lesotho and adventure are hands in glove with each other. Flora and fauna are captivating but enabling them is the sizzling surroundings.

Lesotho is a country at the crossroads of modernity. Its capital Maseru is an urban conglomerate resembling any international city, albeit small in size. The countryside is mostly native and rustic filled with the typical Lesotho population, warm, friendly and eager to help.

This is nature’s own country, and that itself should be a reason why you should travel to Lesotho.

There some Lesotho facts that will interest collectors of trivia:

- It is only one of the three enclaved nations in the world.

- The entire country is perched on a high plateau and surrounded by hills and mountains.

- It is the highest elevated country in the world since the entire nation is placed above 1400 metres.

- Lesotho is a temperate country though there are marked monsoons and winters.

- Lesotho also has the world’s most beautiful Sani pass, which is on the Lesotho-South African Border.

- The Maluti Mountains allow visitors to go skiing and snowboarding at 3222 metres.

- These are some incredible Lesotho facts that are bound to attract you and give you another reason as to why you should travel to Lesotho.

Devraj Lahiri is a resident of Kolkata, India. He is an IT Entrepreneur by profession but a writer, traveller and a photographer by vocation. Besides, he is a gastronome who indulges in eating the myriad variety of delicacies while the universe keeps tempting him. His favourite leisure activity is walking around his hometown. The city of Kolkata is his muse, and he wishes never to leave it except for the short trips for travel inspiration.