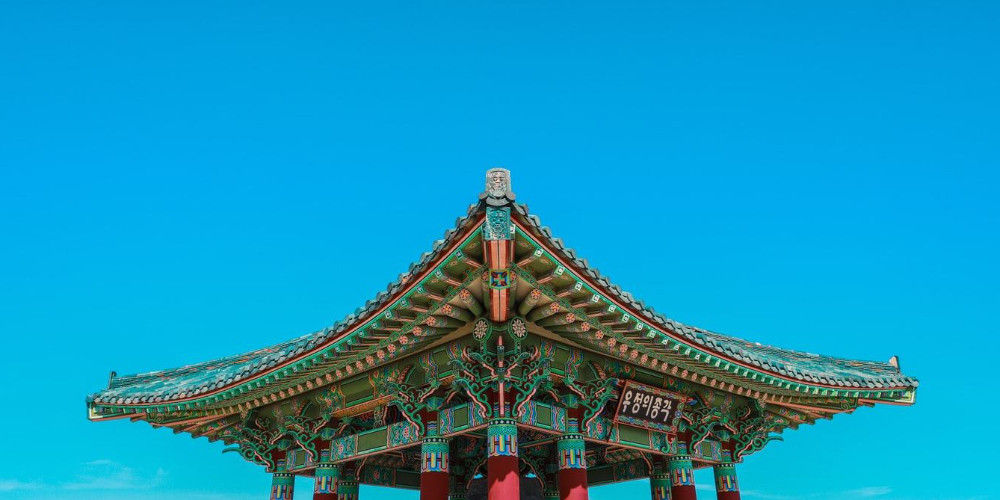 10 reasons why you should travel to North Korea right now

This article will focus on North Korea, the most closed but no less attractive country. Where is North Korea located? North Korea, on the map, is located on the Korean Peninsula. North Korea on the map has a border with several states - China, Russia, and South Korea. The North Korea population is mainly Korean, but there are also Chinese and Japanese national minorities.

Here are why even such a closed country as the DPRK becomes an interesting and promising holiday destination for tourists.

The DPRK attracts with its history, which, of course, has influenced life in North Korea. In 1945, the peninsula was freed from half a century of Japanese rule and divided into spheres of influence between the Soviet state and the United States of America. On September 9, 1948, the DPRK was established. From this date, the history of the DPRK as a separate state starts. The power was concentrated in the hands of the Workers ' Party of Korea. In the DPRK, a planned economy is established, and nationalization was carried out in 1946. Since that time, as, indeed, literally all spheres of life are under the state's strict control. In 1954, the government carried out collectivization. As a result, the entire peasant North Korea population began working in agricultural cooperatives. In the economy, three-year plans are introduced, similar to five-year plans in the Soviet state. As a result of industrialization, the North Korea population managed to quickly cope with the post-war difficulties and return to the previous standard of living. However, the leader was not satisfied with the division of Korea. With Stalin and the Soviet authorities' approval, a plan of attack on South Korea was developed. As a result of this operation, the DPRK was pushed back to the current Demilitarized Zone area. After the hostilities, Kim Il Sung imposed an absolute dictatorship, and the industry was returned to its pre-war state. An alternative to assistance from the USSR was the developed ideology of "Juche" - "self-reliance". In the post-war period, the cult of Kim Il Sung's personality flourished.

As a result of the crisis in the oil sector in 1974, there was an economic downturn. Under Kim Jong Il, the decline continued, the situation was aggravated by the famine of 1996-1999, and life in North Korea became significantly more complicated. In 2002, the government attempted to make changes. There was a devaluation, prices for agricultural products were released. In the villages, farms were replaced with family farms. In 2005, the DPRK authorities made a statement that they had their nuclear weapons. Despite its not very long history as an independent country, the DPRK history is interesting and has its peculiarities.

North Korea today is interesting for its nature. The climate in the zone where is North Korea located is more severe in the north of the country's mountainous regions. In the spring, fogs prevail, in the summer – heavy downpours, sometimes typhoons occur. The nature of North Korea is diverse, with coniferous species, lianas, and flowering shrubs. Here you can find cloudberry, lingonberry, poppy, various rhododendrons, alder, Siberian juniper, different types of firs, larch, birch, mountain ash, Korean cedar, fir, yew, thuja, linden, maple, oak, walnut, chestnut, and other trees and shrubs that are no less memorable for their beauty. The nature of North Korea is diverse; there is something to admire here.

* Cultural works should show the path of a revolutionary in the struggle for the future of the Korean people;

* Works should depict the happy present and future of the Korean people;

* The works should be dedicated to the politics of the Korean Workers ' Party.

The animation is well developed in the DPRK. North Korean multipliers fulfill orders for European and American customers.

North Korea has chosen a path that denies religion, officially atheism in the DPRK. At the same time, the Constitution contains an article on the right to freedom of conscience. But in the presence of prescribed freedoms, the Bible's publication is prohibited in the DPRK, and its storage is criminally punishable. The explanation is that the government considers Christianity a "Western threat" and seeks to protect its population as much as possible from this threat. Despite such strict laws, several religions are practiced in the DPRK: Shamanism, neo-Confucianism, Buddhism, and Christianity. There is a national Chondoist religion. It combines Buddhism, Confucianism, shamanism, and traditional mythology. Its main postulates:

* Man and God are one, but they cannot be equal;

* Every person has God in their soul;

* There is no Paradise; every person should strive to create it around and inside.

Another of the many faiths is Buddhism, 300 such temples have been built on the territory of the country, but most are perceived as architectural monuments. There are four active Christian churches in the DPRK – two Protestant, one Catholic, and one Orthodox. A kind of religion is the cult of the personality of the ruler. This feature Koreans adopted from Japan, under the rule of which were half a century. The following rules are strictly observed here:

* The portraits of Kim Il Sung and Kim Jong Il are in the place of honor in homes and companies;

* You can not leave the house without a badge with a portrait of the Great Leader;

* Flowers are regularly laid at the monuments of the rulers, and certain rituals are observed;

* It is mandatory to visit the mausoleum – it is necessary to follow the rules.

The economy of North Korea - with an extensive participation of the state. The peculiarity of the economy is isolation from the world. During the existence of the USSR, the DPRK depended on Soviet support. In 1980, there was a default. After the end of the USSR, the default, in the 1990s there was a severe famine. In 2009, the authorities implemented a monetary reform, but it only worsened the situation, and as a result, inflation rose sharply. North Korea population grows various plants, vegetables, fruits, silk, fishing, and seafood production. The country has reserves of metal ores – copper, zinc, lead, tungsten, and molybdenum. Various industries - forestry, oil refining, chemical, textile, and food-are developing well. In the DPRK, Fiat cars are produced by its assembly; the Sunni plant is engaged in trucks' production. As we can see, the North Korean economy is making progress on its own, even without external assistance, despite its isolation and closeness.

Due to the current policy, the sphere of international tourism in the DPRK is developing poorly. But since 2009, the tourism industry has experienced a sharp increase. Foreign travel agencies accredited to the Ministry of Foreign Affairs of the DPRK have the right to organize travel to North Korea. There are resorts with beaches on the coast of the Sea of Japan, near the border with the Russian Primorye, the beaches of Lake Sijung. The Rengan balneological resort is built near the radon spring. In 2014, the authorities announced that the first Masik ski resort was opening. There are two UNESCO World Heritage Sites in the country – the Goguryeo Tomb Complex and the Historical Sites of Kaesong City. The excursion program includes objects related to the country's leaders' activities, the revolutionary struggle against Japan, and the war. There are also numerous shows, festivals, for example, the flower festival, folk festivals. Locals can relax in the same resorts as foreigners, but they must live separately. In the mountains of Paektu, a network of campsites has been built; there is all the necessary infrastructure. Park areas are equipped in the Kuvor, Jeonban, and Changsu Mountains. There are hot springs in the DPRK, and sanatoriums have been built near each of them. Also on the coast of the Sea of Japan, there is a Seondowon park area near Wonsan. Because of its geographical location, there is a warmer climate.

Because North Korea was in the zone of interests of the Soviet Union, citizens and tourists from Russia will be interested to know how relations between Russia and North Korea are developing now. Due to the end of the Soviet Union, contacts between Russia and North Korea have weakened. Only in 2000, the first trip of the Russian President Vladimir Putin took place. Putin's visit to the capital of North Korea. As a result of this visit, agreements were reached on the restoration of economic and political cooperation. Many agreements have been signed between the two countries, including on-air transport, on cooperation in the field of culture, on travel of citizens, in the fight against crime, and others. In 2014, an agreement on settlements in rubles was signed between Russia and the DPRK. On April 25, 2019, Kim Jong-un officially visited Russia for the first time. A course was taken to develop relations.

Due to the death of the first leader in 1994 and other problems, such as the cessation of various kinds of assistance from the Soviet Union, life in North Korea became worse. There was an economic crisis, and there was not enough food for the population. Therefore, small private businesses, shuttle trade with China were legalized. The new ruler, Kim Jong-UN, began to pursue a new course in politics, "Byungjin." The authorities restored the balance of the party structures and the army. They resumed the practice of holding regular party congresses. This course is a combination of growth in the economy and, at the same time, the build-up of nuclear power.

An equally important and interesting question is-what is North Korea today? Let's talk about some principles of the way of life. Education in the country is free, compulsory, and lasts for twelve years. First two years of kindergarten, then four years of elementary school, then six years of high school, and then university. The literacy rate of the population is high-99%. There are some differences in mentality – the age of the child starts from the day of conception, important dates of the year and 60 years, marked especially in the presence of family and friends. In the relations of strict hierarchy, Jr. does not have the right to call elders by name, to the chief or the teacher and should be treated by adding the word "sir." Residents are distinguished by modesty and politeness. Children are dressed neatly and smartly, regardless of the wealth of the family. At the heart of education are the principles of children's independent life, aesthetic behavior, respect for their own opinion, and respect for the older generation. The people are a little reserved in the sack. It is not customary to look into the eyes of the interlocutor, it may be perceived as an attempt to pressure. In the DPRK, they sit, eat and sleep on the floor. At the entrance to the house, you must take off your shoes. There is no Internet access in the DPRK. You can only pay in cash. The streets are very clean, in some places, there are no bins at all, they are not needed, no one is littering. It is impossible to meet a drunk on the street.

As you can see, North Korea today is not just the most closed and isolated country from the rest of the world. Here you can see beautiful nature, historical sights, visit resorts and sanatoriums, feel the oriental flavor, and see people's lives in a country so different from the rest of the world. It's like being in another universe. But it's worth it.