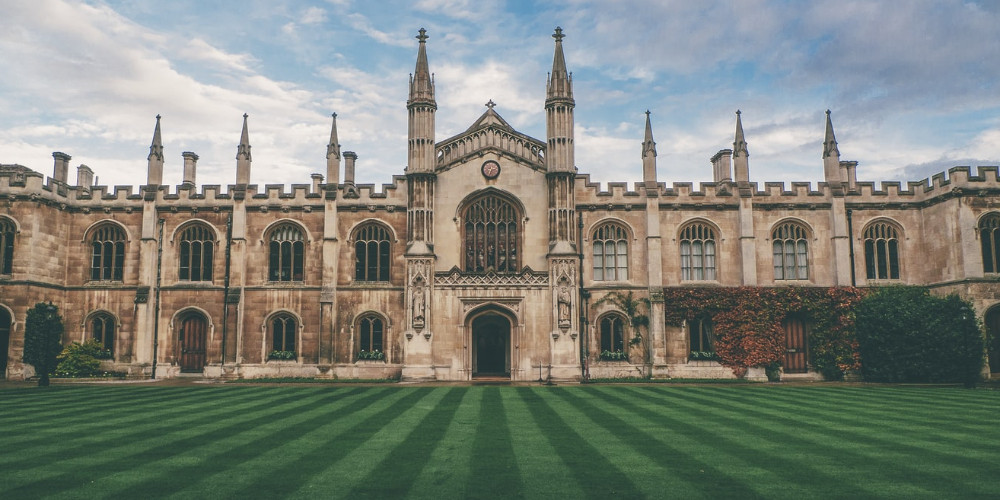 10 reasons why you should travel to Oxford instead of London

It is tough beating against a heavyweight like London, but I am here to open your eyes to many reasons why choose to travel to Oxford England instead of the great capital. Many people will associate this town with a world-renowned university, and that totally makes sense. The university carries the name of Oxford, but also has been one of the institutions that formed the face of this city the most. In this article, you will find a few places to visit in Oxford, but mainly a ton of ideas about why it is worth a visit even if you don’t devote the whole trip just for that and travel from London to Oxford for a day or two! And to save the suspense - yes, I will also mention a few of the places in Oxford where Harry Potter was filmed. Just hold tight and read on!

Not many really know where is Oxford located exactly. It is just around 90 km west of London, and therefore it can be said that it lies in the central lower Britain. With a population of just about 155.000 inhabitants nowadays, it was founded as long ago as the 8th century but gained the right to be named a city in 1542. Nicknamed as “the City of Dreaming Spires” it has long been a place for academic and cultural achievements.

How to travel to Oxford?

There are not as many options to travel to Oxford England directly from any foreign capital. Thinking about ways how to travel to Oxford, one would usually consider going to London and then take a train, a bus, or rent a car to do the deed. The train from London Paddington will take you to Oxford in 53 minutes and cost about 17-40 EUR, but the bus will do the service for 11 EUR in about 1.5 hours. If you are familiar with the concept and ok travelling with less conventional means, try booking a rideshare trip at BlaBlaCar to save even more money.

Why should one opt for Oxford instead of London?

1. It is way cheaper

Some will argue that the prices are almost the same, but let me elaborate on this a bit more. London is well known to be one of the most expensive cities, and the costs for a tourist are quite high over there. Take into consideration just the fact that you will need to use public transportation to get anywhere, the food in restaurants will be more expensive and also the prices of the accommodation. In Oxford, you will pay much less for the same level of service! And there is one obvious reason why - there is less tourism. Yes, Oxford is quite touristy, but not quite as much as London.

2. It is easier to get around

You already got the impression that these two differ in size quite substantially. Oxford is small enough so you can move around on foot practically anywhere. Going to all the places to see in Oxford will not only be cheaper but also take way less time. London`s huge size is one of the reasons why people bicker about long transit times to just about anywhere. No such concerns in Oxford!

3. It is more personable

If you are a traveller with experience, you will easily understand what I mean by saying that people in big cities are colder and more distant. Everyone just rushes in their daily paths and actually connecting to anyone is way harder. This is why Oxford will be much nicer for you as a visitor - a smaller city means more genuine connections. And isn’t that the thing we are seeking the most for as travellers?

4. It is the home of Oxford University

Many people travel from London to Oxford just to visit it and so should you. The oldest university in the English-speaking world is not only a spectacular place to feed your curiosity about all the bright minds who have spent their days there (Stephen Hawking just to name one of many). It is also an amazing masterpiece of architecture, and you will encounter buildings in all styles starting from the late Anglo-Saxon. Even if you are not particularly interested in other places to visit in Oxford, I dearly suggest visiting this one.

5. It is a vibrant student city

Of course, nothing can come close to the vibrancy and diversity of London, but Oxford is slightly different. Exactly due to the famous university I mentioned in the previous point, this city has been full of students for centuries. The city has been accustomed to the interests and lifestyle that such a younger crowd would be interested in: pubs, a more relaxed vibe, and tons of emerging talents in various arts and academic fields roaming around. If you are into that kind of stuff - let me assure you, such an atmosphere will be much harder to find in the vast jungle of London.

6. The Eagle and Child pub is where many brilliant writers used to meet up

From late 1933 a group of writers (named “the Inklings”) we know to be brilliant nowadays used to meet up in different places in Oxford to discuss their writings. Some of the names include J. R. R. Tolkien and C. S. Lewis. One of their favourite places to meet up was exactly this pub, around lunchtime on Mondays or Tuesdays. They kept meeting until around the 1950s and now this place can be associated with many extraordinary literary masterpieces. Definitely one of the places to visit in Oxford!

7. Oxford University Museum of Natural History will blow your mind

You will say you are not that much into museums, but I will say - hold your thought. This museum is not just an ordinary museum to observe some boring artefacts. Their collection consists of numerous life-size dinosaur skeletons and just seeing that in person will change your perceptions on things we see and read in the media. To paint a picture - imagine a full skeleton of a T-Rex. Aha, they have it! And besides the content, the building itself is one of the most spectacular places to see in Oxford too. The indoors of this neo-gothic building made of iron pillars supporting a beautiful glass roof over the large square court can not leave you indifferent.

8. Many filming locations of Downton Abbey are in Oxford

If you are into historic British TV series, then this name will not sound strange to you. Oxford is the home of many filming locations frequently featured in this show. Many of those are accessible free of charge; therefore, you should definitely go there if you are a fan.

Even if many other places feature produce from the local farmers, this is definitely one of the nicest places to see in Oxford. Imagine, this market building started operating in 1774 and still operates even nowadays. About half of the stalls sell food-related items which are also the greatest opportunities for you to try great local specialities from the region. Whenever you go there, locals will suggest you try two things—the very typical veal and pork Oxford sausage as well as Ben’s cookies. The latter one opened in this market in 1983 and the fresh, daily baked, warm cookies are a treat especially loved by people living in the area. Have a bite yourself, and you will see why!

10. There are many places in Oxford where Harry Potter was filmed

Yes, we have finally come to this point. Many travel to Oxford England just for this. Taking into account the popularity of these books/movies, there is no doubt why it is so. If you are a fellow HP fan then in your wildest fantasies you might even consider how to travel to Oxford on a broomstick. Okay, I am just joking about this, but this city is nevertheless full of iconic settings, like Bodleian library (the Divinity school in The Philosopher’s Stone and the Duke Humfrey’s Library), New College of Oxford (corridors and other parts of Hogwarts) and Christ Church (Great Hall at Hogwarts, etc.). Just make sure to do your research before going there - some of these places in Oxford where Harry Potter was filmed are accessible only with a guided tour.

Even if you were not sure where is Oxford thus far, I hope now you have a more clear picture of what to expect from a trip to this historic city of brilliant minds. It is really a great destination even if you just travel from London to Oxford for a day trip and will give you deeper insight into lots of significant historical facts. May it be the history of nature that you will discover in the Museum of Natural History or the history of literature you will be able to understand better by visiting the University of Oxford. Just give it a try, and you will come back richer!

Flying shark in Oxford The historical mistake of Catherine the Great: Sale of Alaska Open curtains, I am watching football!!