16 reasons why you should travel to Switzerland right now 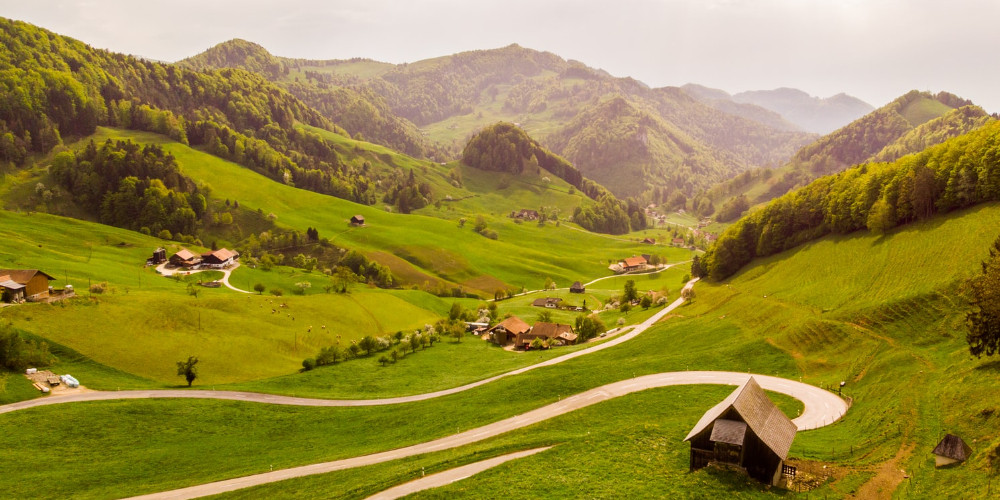 Helvetia, as the country was called in ancient times, but today this name is still used, Switzerland is a landlocked mountainous country in Southern and Central Europe, bordered by Austria, France, Germany, Italy, and Liechtenstein. The country has an area of 41,285 km2, which is only slightly less than that of the Netherlands, or slightly less than the area of the US state of New Jersey, folded in half. Switzerland's population is 8.3 million people (in 2015), the capital of Switzerland is Bern, the largest city in Switzerland. Do you know what language is spoken in Switzerland? Well, the languages spoken in the cities of Switzerland are German, French, Italian, and Romanian, which are traditionally spoken in various regions (cantons) of the country. According to the World Happiness Report 2015, the Swiss Confederation is officially the happiest nation on Earth.

Switzerland on the map

Geographically, the country is divided between the Alpine region of the Swiss Alps in the south, the Swiss plateau with its hills, plains, and large lakes, and the mountain Jura in the northwest. Discover some of the sights of Switzerland and why this is a place you should visit at least once in your entire life. Whether it's the spectacular mountain scenery, entertaining activities, or food that will leave you wanting more, you should experience them at least once. Switzerland on the map should become Switzerland in front of your eyes!

1. Most photographed mountain in the world

Whether you're an avid mountaineer or just a lover of good photos, the Matterhorn is a must-have item on your list. Like a jagged tooth, it leaps into the sky and is not for nothing the most photographed mountain in the world. Its lone peak is one of the most spectacular sights in Switzerland and in the world and should not be missed during your trip to the country.

Historically, Switzerland has been a haven for political exiles from all over the world. It is true to this day. Geneva, for example, is like no other city. More than 190 nationalities live and work in the city, making it a real melting pot of cultures.

In today's unpredictable political environment, Switzerland is a relative sea of calm. While it struggles with its isolationist factions, a stable democracy can still be seen in action. Political fans and those who want to escape from the hectic world of realpolitik for a while will be thrilled with a trip to Switzerland, where it is surprisingly easy to get away from the world. Switzerland's independence and neutrality have long been revered by the major European powers, while Switzerland itself did not participate in either of the two world wars. Nevertheless, the political and economic integration of Europe over the past half-century, as well as Switzerland's role in many UN and international organizations, may have negated concern for the country's neutrality.

Switzerland is blessed with many microclimates in its small territory. You can spend the day conquering the snow-capped Alps, then stroll along the palm-lined avenues in Ticino or Montreux. Most people come for snow and skiing but don't consider it a great summer destination.

Home to some of the best and most famous ski resorts globally, Switzerland's best ski slopes are easily accessible. Although they may not be cheap, they are a must-visit destination for both seasoned skiers and beginners and day-trippers alike.

One of the most popular destinations and attractions in Switzerland is Grindelwald. Imagine a dream mountain resort, and it will be very similar to Grindelwald in the Bernese Alps. This village is located under the Eiger's infamous north wall, a monumental rock wall that is equally inspiring and frightening. The North Wall was first conquered in 1938 and attracts hundreds of climbers every year, who look like tiny flacks when they fight on the rock. The Grindelwald Alpine pastures are a painfully idyllic place, and funiculars make it easy to reach the scenic mountain lookouts, the Grindelwald Glacier, and the lakes. On a snowy surface, this landscape has become a filming location for the films "Star Wars" (Star Wars) and "James Bond" (James Bond), and in winter, there are dozens of kilometers of ski trails and sledding trails.

The Swiss Alps are home to some of the most dramatic scenery in the world. From the tops of mountains that will make you stretch your neck to so many beautiful, isolated lakes that you'll never want to leave. The Zermatt ski resort boasts 38 peaks over 4,000 meters high. Jungfraujoch, where you will find the Great Aletsch Glacier, is rightfully known as the Top of Europe. To get there, you will arrive at the highest railway station in Europe at an altitude of 3,454 meters, where you will find the magnificent sights of two 4000-meter mountains - the Jungfrau and the Mench.

The mountains of Switzerland are not just for skiing. If you want to forget about skiing for a couple of days but want more snow, there are many other options to choose from. Many world-class Swiss ski resorts don't just stop at the ski slopes but offer much more options. You can go hiking on snowshoes, sledding, taking a taxi on a bobsleigh, or going on a good old-fashioned hike in the mountains. It is one big snow playground.

Switzerland boasts the highest peaks in Europe - more than 4,000 meters. On a clear day, the Alps offer a breathtaking view of everything around. Almost everywhere you go in Switzerland, some attractions will stay with you for the rest of your life. It is a playground for photographers and a paradise for nature lovers.

The Swiss are not famous for their chocolate for nothing. Many of the world's best brands have sprung up in the cities of Switzerland, and in almost every region and village, you can find a chocolate tasting or really pop into the store and stuff your bags for the homecoming.

Switzerland produces more than 400 cheeses, some of them "protected" and produced only in the country. You can visit Gruyeres and taste its exquisite cheese, or treat yourself to a traditional fondue while enjoying the beauty of the medieval village sights.

The Swiss make amazing Swiss watches. Sure, they can come with a pretty high price tag, but if you're in the market for a new watch, Switzerland is the number one place to visit. Schaffhausen, Omega, TAG Heuer, and Rolex are just a few of Switzerland's leading brands.

13. Some of the most beautiful lakes in Europe

Switzerland is a mountain peak and one of the largest and most beautiful lakes in Europe. From the vast expanse of Lake Geneva to the tranquil isolation of the Seebergsee, the Swiss lakes offer stunning views, especially in summer, when you can try out sports such as water skiing, diving, and rowing.

Every city in Switzerland has its customs, traditions, and even languages, resulting in a real mixed bag of events throughout the year. Whether it's the Valais Witch Race or the l'Escalade in Geneva, you'll find a rich history and cultural events wherever you go.

Switzerland is located in the center of Europe. Getting around and moving to another destination is easy: Germany, France, Italy, Austria, and the tiny state of Liechtenstein are all easily accessible by train. You can easily plan a trip to Switzerland for a longer tour of Southern and Central Europe.

Even the big cities of Switzerland like Zurich, Basel, and Geneva are not known for a very fast pace of life, and although the Swiss sometimes feel a little cold and far away, the country itself is incredibly relaxed and stress-free. Outside of the cities, you can enjoy some of the most unspoiled natural places that Europe has to offer. You just need to check the requirements for Switzerland visa and apply for one.

Topics
Apply for any visa in two clicks!
Countries
Do you want to get a Switzerland visa easily?
Get your visa now 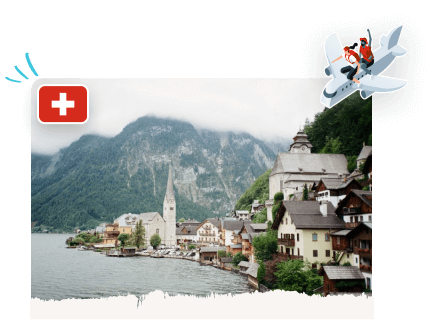