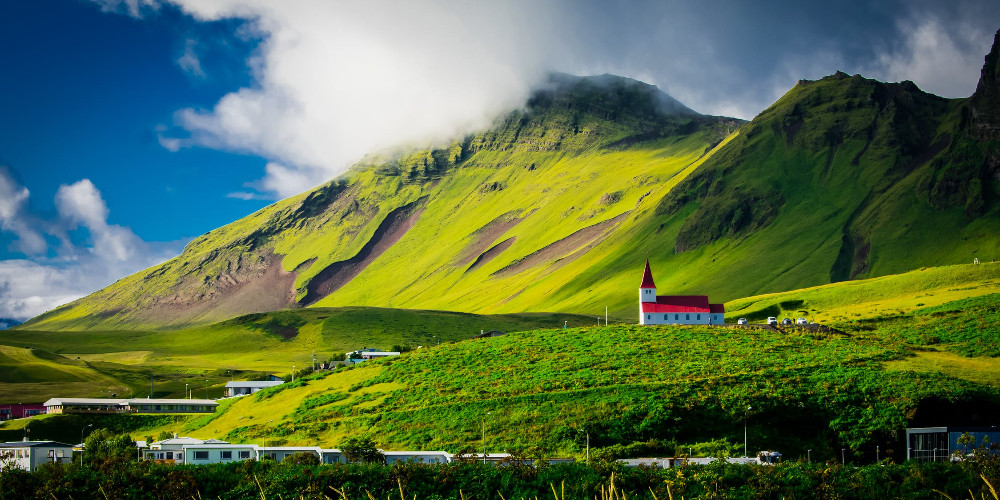 10 things I wish I knew before going to Iceland

1. Do not forget to rent a car

3. Book a place to stay before your trip

6. What is the best time of year to go to Iceland?

Going to Iceland is a dream of many travellers as the country slowly becomes a new favourite destination among adventure lovers. Two-thirds of the country’s population is living in the capital of Iceland - Reykjavik, which offers tourists much more than expected from a capital. The northern lights, beautiful lagoons, black sand beaches and Viking footprints are just a few reasons why you definitely have to consider visiting the land of fire and ice, as it is known among the locals. In this article, we will be mostly discussing what to know before going to Iceland.

1. Do not forget to rent a car

One of the most important factors that some visitors are looking over while going to Iceland is transportation. Let us start by saying that Iceland has absolutely no trains, with the severe climate being the main reason for it. Meanwhile, the bus system is not completely convenient.

As can already be clear, the best way to get around Iceland is by renting a car. Per day the price for an economical car fluctuates around 25 euro. And try to reserve a car beforehand online, so you will assure you to get the best deal offered.

Even though the car's rental seems a good price to pay, you should not forget the cost of the gas, as well. As the country does not have any oil fields, both diesel and gas are imported from abroad, which automatically increases the price. Generally, the gas costs in Iceland around 230 ISK per litre (USD 1.81). In general, the gas stations are open 24 hours a day which guarantees that there always be a spot for you to fuel the car.

Overall, we can easily highlight that the car will give you a hand while travelling to Iceland, for sure!

While travelling around one of the prettiest northern capitals of Europe, there is no way you will not be impressed by the curiosity awakening of all the building that you pass by. And in order to explore the city detailly, I would advise you to get a Reykjavik City Card.

The Reykjavik City Card provides the tourists with free access to a wide range of museums, as well as the card covers the cost of entrance to all of Reykjavik's swimming pools. However, the peak feature of the city card is free unlimited bus travel throughout Reykjavik Capital Region. Some minor discounts on various tours, in shops and on services are other bonuses offered to the card owners. Cards are valid for the same duration: 24 hours (ISK 4.000), 48 hours (ISK 5.600) and 72 (ISK 6.900) hours.

3. Book a place to stay before your trip

Hotels, hostels, even cottages Iceland offers any type of accommodation your heart desires; however, the price varies accordingly, too. And I would not be exaggerating if I say that the overnight stay in Iceland is very expensive, even for tourists on a high budget.

But you still can save some money by booking your place of stay days before your actual trip. Plus, renting an apartment or a room in a house always can be helpful, as you will have the opportunity to cook for yourself and even pack some food for your trips around the beauties of Iceland.

Golden Circle is one of the other things to know before going to Iceland. The Golden Circle is a tourist route in southern Iceland, stretching approximately 300 kilometres from Reykjavik to and from Iceland's southern uplands. It is the region with the largest number of tours and travel events in Iceland.

The three main stops on the road are the National Park of Thingvellir, the waterfall of Gullfoss, and the Haukadalur geothermal area that includes the infamous Geysir and Strokkur that became literal symbols of the whole country.

If you are not able to complete the circle on your own, a lot of tour agencies offer specifically designed tours in minibuses that will take you on this unforgettable trip. The price usually changes at around 120 USD.

Do you want to breathe in the very fresh Iceland air while standing under one of the most beautiful waterfalls in the region? Then get ready for a fascinating ride to the 20 metres tall Svartifoss, which is also known as Black Waterfall among visitors of Iceland. Interestingly enough, the name originated in the first place because of the surrounding of the waterfall by dark lava columns.

To be honest, I was very impressed when I learned that the architecture used the columns as inspiration while building the largest church in the country, Hallgrimskirkja. We will be talking about the church later in the blog. A quick side note: even though for me, the best time to travel to Iceland is summer, the Black Waterfall is open all year round.

6. What is the best time of year to go to Iceland?

Iceland welcomes the highest number of visitors during the summer period, as the weather conditions are comparably milder and days are longer. So, it should not be surprising to us that the prices increase dramatically around the summer period. However, when you travel to Iceland, you also get the opportunity to see the legendary northern light with all of its beauty.

In conclusion, if you ask me about the best time to travel to Iceland. I would definitely say that it is summer as you get to do more things during the day because of the length of the day and the weather is better.

Going to Iceland, there is no way that you have not come across the pictures of Hallgrimskirkja, being the largest church of Iceland, the building copies structure of the Black Waterfall that we have talked about before. The church was built in a period of 41 years, being exact from 1945 to 1986.

Initially, the church was supposed to be less tall, but Iceland Church leaders required a larger spire for Hallgrimskirkja (Lutheran church) to “look better than its opponent” Landakotskirkja (Landakot's Church), which was the cathedral of the Catholic Church in Iceland.

The wreckage of the Solheimasandur plane is one of the popular places to visit in Iceland, where an aircraft crashed in November 1973. Nowadays more and more tourist visit the place, and I believe that it is one of the places you must know before travelling to Iceland. However, it might be a little bit hard to find the plane as no signs are leading to it. It is 10 minutes from the waterfall in Skogafoss or 18 minutes from Vik. If you use your phone as a GPS, Google Maps should point out the location of the aircraft wreckage. It is as well as one of the most Instagrammable places in the area.

Visitors from all over the world come here to explore the beautiful countryside and watch the lights of the north. However, one of the points that we should not ignore the tastiest traditional food that Iceland to its explorers.

Svid or sheep's head in English is perhaps not Iceland's most appealing food, but if you are looking for the most authentic food, then absolutely go for it! It isn't commonly eaten these days; however, sheep's head is still served in restaurants.

Hakarl is a traditional Icelandic dish. Shark meat is being cured with a specific fermentation process, then hung outside for four to five months to dry. The scent of ammonia is very strong, and it has a distinctive fishy flavour.

And last but not least, Kjotsupa. The soup’s name can be translated from Icelandic means meat soup. The demand for the dish is specifically high during winter, but you can try it anytime you want.

Ice beaches and glacier lagoons are some of the main must-visit places in Iceland. Jokulsarlon Glacier Lagoon is the most picturesque one. This place is basically everything you imagined in your head before you travel to Iceland.

There are three stops around the lagoon, and I would encourage you to stop at all of them as views change dramatically in every stop, providing you with breath-taking background for pictures.

The first stop is pretty small and least crowded, so if you want to have all the lagoon to yourself, spending a long time here would make more sense for you. Meanwhile, the third stop is famous among visitors with its crowded lines. I also should mention that if you are lucky, you can even get a chance to see families of seals swimming around.

Now you know the things to know before going to Iceland, so travel to Iceland!