Walking across the Gobi Desert 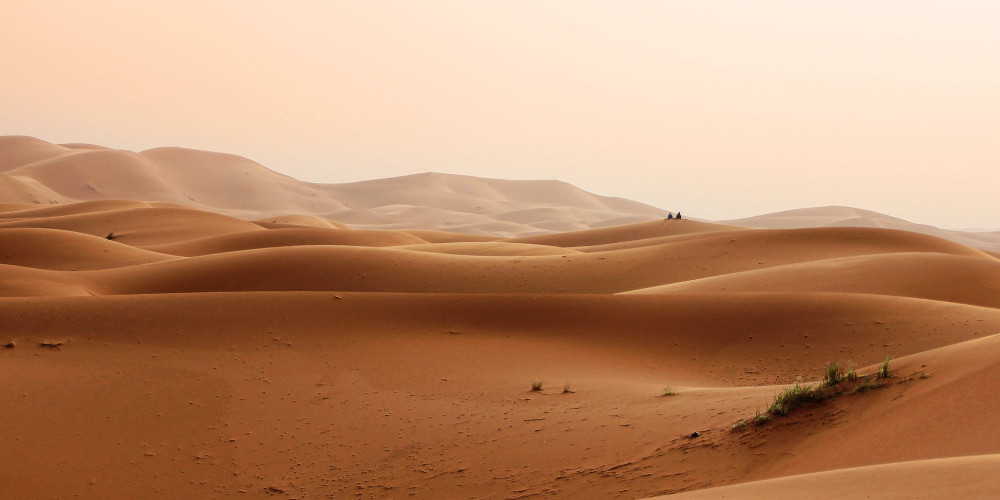 Where is the Gobi Desert? Marco Polo, one of the most-known travellers in history, crossed the Gobi Desert from Mongolia to China. After the trip, he said, “I did not tell half of what I saw, for I knew I would not be believed.” Still, nowadays, one of the biggest dreams of travellers exploring new places is to walk across the Gobi Desert. Indeed, walking 1,000 miles doesn’t seem challenging. Many people are trekking long distances. Generally speaking, we were born to walk, and in the past, people walked long miles. However, walking across the Gobi Desert is not like any other trekking. The main reason that makes this path so different and challenging is its long-distance, desolation, and silence. The arid Gobi Desert climate is also one of the biggest obstacles to completing this path. In general, unlike other places, travelling to the Gobi Desert is a very unique and different journey. So, let’s know this desert in detail before knowing how to walk it across.

One of the many deserts of the world, the Gobi, amazes people with its unusual landscape. The name is originated from the Mongolian word “gov,” which means “empty, arid place.” The Chinese call the Gobi “borderless sea.” This place, the most extensive plain in Asia, is the fifth-largest desert in the world. Those who first explored the area found the Gobi a terrifying area. The Russian traveller Nikolay Przhevalsky was one of the first explorers of the Gobi. It was challenging for the expedition to cover a long distance with stifling heat, filled with wavy dunes that tore off sandstorms. Just imagine long distance and not a drop of water—no bird or animal. Instead, you come across innumerable horse and camel bones. The sun shines from dawn to dusk. Another traveller wrote about Gobi 500 years before Przhevalsky: “We were already two months and ten days on our way. During this time, we did not see any traces of structures, except for the tombs. More than 700 years ago, a Chinese traveller similarly described the desert: “There were many evil spirits and hot winds. All travellers who encounter them die.” The Gobi is famous for its terrible heat, radiant sun, strong winds, and severe cold. The Gobi Desert temperature rises to 50 degrees in summer, and it is -50 degrees in winter. You cannot see such Gobi Desert temperature changes even in the cold pole Oymyakon. To tell the truth, the Gobi is not as dreadful as the first travellers described. Locals distinguish Red, Black, Yellow, Saline, Abundant and other Gobis. These gobies are also divided into numerous regions. It is claimed that the Mongols divided the desert into 33 Gobis. Indeed, the Gobi is very colourful. You can find sandy plains and high barchans here. The Gobi has been dry land for tens of millions of years. You will be surprised to know that 130 million years ago, these utterly swampy areas were home to dinosaurs. There is a legend that Gobi Desert animals originated here and spread all over the world. Many skeletons of these ancient giants were found, and dinosaur eggs were discovered for the first time in the Gobi. Scientific expeditions are being carried out in the desert. Even tourists were allowed to search for animal bones. However, you have to follow stringent conditions for excavations.

Some Gobi Desert animals have adapted to unimaginable Gobi Desert temperature changes in Gobi Desert. The small rodents in the desert hide in their nests. The thick fur of wild camels, Bactrian, protects them from the cold and the scorching sun. The fur on the lower part of their bodies is not thick, which allows them to cool down. Gobi Desert animals such as gazelles, kulans (onager), and antelopes are the inhabitants of these severe places.

How to walk across the Gobi Desert?

Now let’s answer our main question - how to walk across the Gobi Desert. First, you need to figure out when and where to go and how far you can walk daily since the Gobi Desert is vast. Therefore, you need to search for the desert in detail and make your plan accordingly. The hotter the area during the day, the colder it can be at night. It would be best to take with you clothes suitable for these temperatures and not be the extra load for you. If you are dreaming of walking across the Gobi Desert, you should know that a lonely, long, endless trip is waiting for you. So be ready to see empty plains everywhere and hot, dry and dusty air where it is hard to breathe. As you might be aware of the movies, the warm waves in this area can cause various hallucinations. After a while, you may feel tired and exhausted. You must have a strong will to endure all this. During the trip, you can spend the night with local, nomadic families in very remote areas after their consent. Being in the middle of a desert, these houses may not be as comfortable as you think. Most likely, you will lie on the floor, and the inside will not be so clean. Generally, the first thing you need to know before entering a house is to be alert about the dogs. You can come after the homeowners hold the dogs; otherwise, they may be attacked by them. At home, you can greet everyone by saying “Sain Baina uu” in Mongolian to establish a sincere relationship with them. You shall also take enough food and water if you are planning a long hike.

In general, people in this area consume a lot of meat and milk. All beverages, including alcohol and tea, are made from goats, camels, and horses’ milk. As for the food you can eat at the local house, the natural meal consists of dried goat meat, fried noodles, and rice. You must eat the food once it is offered. Otherwise, it will be accepted as disrespectful to them and their culture. In the end, I would like to say that it is not impossible to walk across the Gobi Desert, though it is challenging. All you need is to have a great desire, be prepared, planned, and have enough will and endurance.