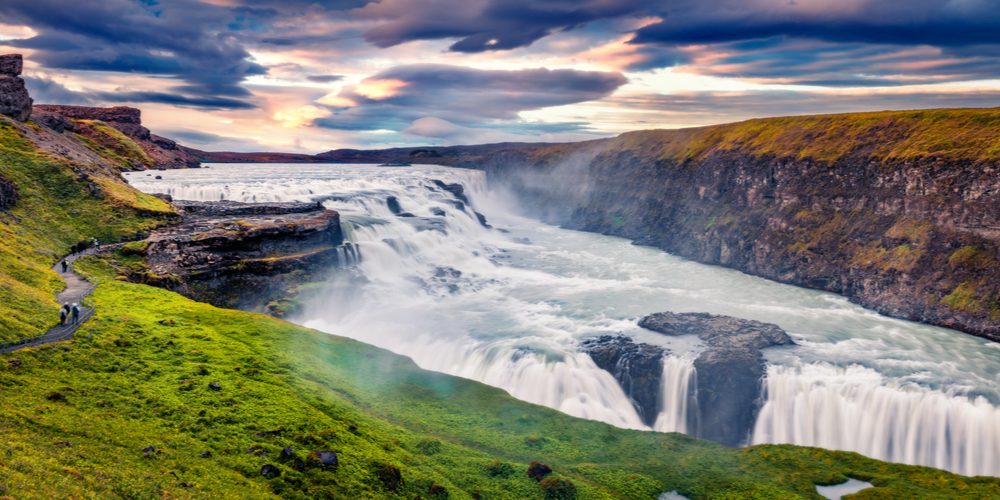 It's difficult to describe why waterfalls are so beautiful, yet there's no disputing their power. They're at the top of travelers' lists, and parks or UNESCO designations generally protect them. Every year, people go around the world merely to see the magnetic power of water pouring over a cliff's edge and crashing to the earth below. While these natural wonders can be found all over the world, from Hawaii's verdant highlands to Iceland's harsh shore, there's no disputing that certainly incredible waterfalls are a little more special and possibly somewhat more beautiful than the rest.

These are some of the best and most beautiful waterfalls in the world, ranging to lesser-known waterfalls with alluring swimming pools at their feet, and you can enjoy these experiences with the help of Pickvisa visa service. If you are ready, let's start our journey about the best waterfalls to visit!

Where are the world's best waterfalls?

If we ask a question titled where are the world's best waterfalls, answers will be mostly the USA. Here we go! Another world-famous waterfall - Oregon.

Although these falls are located just off the busy Historic Columbia River Highway, their accessibility does not detract from the site's fairy-tale charm. Travelers come to view water cascading from the higher falls and down to the lower falls in the Columbia River Gorge between Portland and Hood River, Oregon, where the renowned Benson Bridge rises prominently in the foreground.

When is the best time to visit Oregon Waterfalls? The true question is why you're here. Oregon is a big state with many different landscapes, experiences, and people. To determine the optimum time to travel, you must first determine what you want to see and what activities you want to participate in.

There is no such thing as an 'off-season in Oregon.' The mild climate allows for a wide range of activities all year. While everyone has their own motivations for going, there are certain aspects that may influence your decision to come during one season over another.

Winter: Waves and Snow Sports at Their Finest

Despite the fact that the Pacific Northwest is known for its lengthy, rainy winters, there are two major reasons to visit Oregon during these months: snow and surf.

Spring: When is the best time to visit Portland and go on a waterfall tour?

The image of Oregon (and the Pacific Northwest as a whole) that comes to mind is of wide fields of greenery, wildflowers, wildlife, and waterfalls, all of which are at their finest in the spring. This is the time of year when most people desire to travel to Oregon to see the Oregon they've imagined in their dreams.

Summer: Beaches, Beer, and Backpacking at Their Finest

As with other stretches of coastline, summer is the greatest time to visit the beach due to the extended hours of sunshine.

Here's a recommendation for you savvy vacationers: if at all feasible, visit the Oregon coast during the first or last weeks of summer. The throng have thinned, and the weather has improved. The mid-summer winds bring in a thick layer of marine fog most afternoons in July and August. It buries much of the shoreline in a chilly mist during the "shoulder" seasons, but that typical weather pattern isn't an issue.

Autumn: Fishing, Leaf-Peeping, and Competitive Sports at Their Finest

Pumpkin harvesting and corn mazes are among the many autumn activities available in Oregon. After the busy tourist season has passed, you can take a trip through the mountains to view the changing colors of the leaves, indulge in artisanal autumn-inspired coffees and beers, or seek tranquility on the beaches.

So, as you see, the best time to visit Oregon waterfalls depends on personal choice and desire.

This Yosemite National Park two-tiered waterfall attracts a large number of people, especially in late spring when the water flow is at its peak. The neighboring park, which is noted for its craggy granite cliffs, further adds to the grandeur of the falls.

When is the best time to see Yosemite waterfalls? While Yosemite is spectacular all year, April is by far the best time to visit if you want to see the park's stunning waterfalls at their most spectacular. The waterfalls are at their most spectacular in May and June, the wildflowers are flowering, and the summer hordes have yet to come (although it does still get quite crowded). Melting snow floods the streams in the spring, and Yosemite Falls alone can fill the valley with its roar in particularly rainy years! It's a fantastic opportunity to explore the park by renting a campervan from one of our San Francisco or Los Angeles locations. Here's how to witness some of the most popular falls while they're at their best.

The flow of some of the waterfalls varies throughout the year. By August, Yosemite Falls, for example, may have slowed to a trickle or altogether stopped flowing, and the area may be dry until April (although autumn storms can cause a temporary flow). March counts as winter in the mountains with storms, but the Badger Pass ski area remains open, and Yosemite Valley is still accessible. Skiing is gone in April, but Glacier Point Road/Tioga Roads are still closed, and many hiking routes are still snowbound. However, they aren't particularly large. Large waterfalls and plenty of water can be seen in May, as well as dogwood trees blossoming during Mother's Day weekend. The Glacier Point and Tioga Roads are generally closed until Memorial Day weekend, however this depends on the weather and the time of year. Because higher elevation paths are still covered in snow, hiking (without good trail finding experience) is limited to the Valley and Hetch Hetchy.

As in the case of Oregon Waterfalls, "When is the best time to see Yosemite waterfalls?" - depends on you!

The Iguazu Falls are a series of waterfalls that flow across Argentina and Brazil along the Iguazu River. The falls are the world's largest waterfall system and among the best waterfalls to visit, with the majority of it falling in Argentina, but some also in Brazil. According to legend, a deity wanted to marry a girl who had escaped in a canoe with her fiancé, so he split the river, generating waterfalls and a never-ending fall for them both.

Gullfoss, originally a privately owned waterfall, is now a state-owned attraction and one of Iceland's most well-known tourist attractions. This waterfall is one of the best incredible waterfalls in Europe and is part of the 'Golden Circle,' a famous tourist day excursion area.

The Kaieteur Falls in the Amazon jungle is the world's largest single-drop waterfall, measured by the water gushing over them. It is around five times higher than Niagara Falls and nearly twice as high as Victoria Falls in terms of height and volume, making it one of the world's most powerful and spectacular waterfalls.

On the Vietnamese-Chinese border sits the Ban Gioc – Detian Falls, the world's fourth-biggest waterfall. During the wet season, it combines into one waterfall, despite its appearance. Its resounding impact on the cliffs may be heard for miles.

The Rhine Falls, were developed during the last ice age, are the largest waterfalls in Switzerland and Europe. Fish can't climb the falls, but eels can by wiggling their way up the rocks. These are some of the most beautiful waterfalls globally and one of the best places to visit in Switzerland.

This is one of the most beautiful waterfalls in the world, and it is located in a Romanian-protected nature reserve. The way the water spreads and falls and the fact that this natural wonder is located on the 45th parallel north, halfway between the Equator and the North Pole, are the features that set it apart.

Browne Falls, one of New Zealand's largest or highest waterfalls, cascades from a height of 619 meters. Victor Carlyle Browne, a well-known aerial photographer, saw Lake Browne and the falls on one of his flights in 1940 and named them after him.

Your preferences for incredible waterfalls in the world will be easier if you choose our service. Pickvisa visa service will give you all the necessary information and make your journey awesome!

Apply for any visa in two clicks!
Topics
Nature