8 largest islands in the world 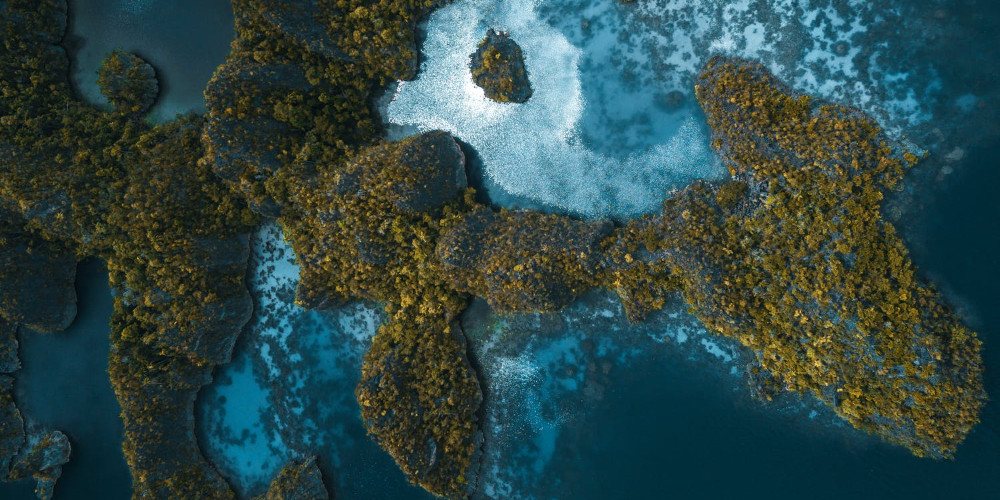 I guess it would be more relevant to start the post with the question: "What is the island?" Thus, we might also renew our geographical knowledge from school. The island is a natural land area, surrounded by water on all sides, relatively small compared to the mainland, above sea level, even during a rising tide. It occurs in the oceans, seas, rivers, lakes in the group (archipelago) or individually. You can find hundreds of islands on the world map. Each island differs from the other by its origin, size, fauna, and flora. The most varied, the most luxurious and the most comfortable vacations are the ones with the boat tours. If you want to get acquainted with islands with distinct ecosystems, such as islands with extensive vegetation and fauna, or islands with arid soil and volcanoes, I recommend you to read this article. If you are interested in islands or travel, you can also add the largest islands in the world to your itinerary. What are the largest islands in the world? Here is the list of 8 largest islands that will make you have an unforgettable tour abroad.

maintains first place among the largest island in the world. It is an autonomous region of Denmark. It is an autonomous region of Denmark. Greenland is also the most significant administrative area. The name means "green country" or "green place." There are meadows formed in the coastal regions due to the West Greenland current from the west-southwest of the island. That's why Vikings, who came to the island in the tenth century, named it Greenland. Almost 80% of this self-guided island is covered with ice. The size of the ice-free area is nearly the same as that of Sweden, but only a small part of it is suitable for cultivation. The Greenland population is approximately 57,000. Approximately 15,000 people live in the capital Nuuk. In the Middle Ages, little was known about the geography of the largest island in the world, Greenland. It was not even considered an independent island. It was shown as a peninsula in the northwestern part of Europe on the map. With the development of whale hunting, the island's coastal waters have again come to the fore. There have been many reports of Basque, Irish, and other European whale hunters coming to the shores of Greenland in the 15th and 16th centuries. In 1473, the Danish admirals D. Pining and H. Pothorst approached the east coast of Greenland and laid out a discovery board on the bank at the foot of the high mountain. In 1953 Greenland was already considered an integral part of Denmark. Since 1979, by the decision of the Danish parliament, it gained the status of self-government.

New Guinea Island, following the defeat of the German Empire in World War I, was awarded to Australia as a League of Nations mandate. It is located in the north of Australia, west of the Pacific Ocean. It is in second place on the list of the largest islands in the world. Nicholas Miklouho-Maclay, a Russian biologist and sailor who made significant contributions to geography, history, and science, researched the natural resources of New Guinea, the local culture and the local people. It is due to this man that the world learned the existence of wild jungles and original tribes.  The island of Guinea unites two parts of the world: Asia and Australia.

Kalimantan Island is the largest island in Asia and the third-largest in the world. Kalimantan Island, divided into three parts between Brunei, Indonesia, and Malaysia, is capable of attracting millions of tourists every year through its dense tropical forests, exotic atmosphere, and wildlife. The area of one of the world's largest islands is 43,330 km². The island is located in Southeast Asia, within the Malay archipelago. Europeans discovered the island during the Magellan expedition in 1521. Equatorial climate prevails on the Kalimantan island annual temperature is 26°C, and the annual rainfall amounts to 2000–3000 mm and 5000 mm in the mountains.

Madagascar is the largest island in Africa, located in the Indian Ocean. The island is separated from the African mainland by the Mozambique Channel. It is the fourth largest island in the world. It has a tropical climate. The subtropical climate is dominated in the south in a small area. The length of the island is 1,600 km, and the width is more than 600 km. Its area is 587,713 km². Known as one of the most beautiful islands in the world, Madagascar belongs to a state of the same name. The capital of Madagascar is Antananarivo. The highest point of the island is the extinct volcano Maromokotro, with 2,876m in height. The summit is located on the Tsaratanana range and is located north of the island. The Anjafy Plateau covers the central part of the island. The island descends to the east. The height of the five peaks here is 2600 meters. The island is rich with minerals such as iron, copper, and gold. The plains are swamped. Despite its proximity to Africa, it has rich flora and fauna. 5% of the world's creatures can be seen on the island, and 80% of these creatures are endemic. The most well-known of these are lemurs. Madagascar is called a small mainland because of its wide variety of endemic species.  You might ask yourself whether Greenland or Madagascar, after reading about Madagascar. Which would be better for you to visit? The two islands are so different from each other that we can only answer the question as follows: If you love the cold, then Greenland; however, if you prefer hot weather Madagascar is the place to go.

Baffin Island is a part of the Canadian Arctic Archipelago. Its area is 507 thousand km² and is in the Atlantic Ocean. It is the largest island in Canada. Nettling Lake in Baffin Land is the largest lake on the island in the world. One of the reasons why Baffin Island is so famous is the fact that Lake Nettling receives thousands of tourists every year. The Nature of Baffin Island makes it one of the most beautiful islands in the world. The majority of the island's population lives in the capital, Iqaluit. The island administration, doing its utmost to secure the welfare and social condition of the people, has committed to ensuring everyone's employment.  For anyone who wants to see Northern Canada, we recommend visiting Baffin Island. Here you can watch polar bears and go skiing. We think you will enjoy the cold climate like other tourists!

Indonesia's Sumatra Island is distinguished by its richness from other islands. The island is famous and visited by thousands of tourists every year since it is home to a variety of tropical forests. Here you will also find rare endangered species of plants and animals, whose names are listed in the Red Book. While being one of the largest islands in the world, it is also among the most beautiful islands in the world. Given that millions of people have made a living here, we can easily say that Sumatra Island is the largest supporter of Indonesia's developing economy. Being the sixth largest island in the world by its territory, this island should be the first for its richness!

Victoria Island is one of the wealthiest islands in the northern archipelago of Canada and is the second-largest island in Canada. Victoria Island holds 8th place among the largest islands list. The island is one of the most beautiful islands of old and new, united by ancient buildings and modern skyscrapers that give a person a positive aura. It is a sin not to come here while visiting Canada. Therefore, we strongly recommend anyone touring Canada to visit the island.

Apply for any visa in two clicks!
Topics
Islands