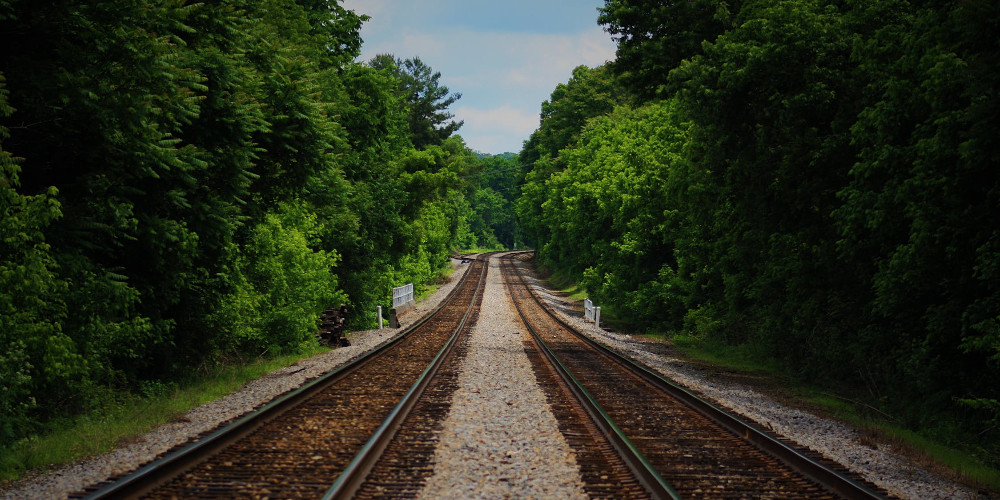 A spectacular and exciting journey between steep ravines and waterfalls is possible via the Kuranda Train. The Kuranda journey takes about 2 hours, and the route consists of 15 tunnels and 37 bridges. The part of the 37-kilometre-long railway line between the city of Cairns and the Kuranda passing from the ravines is more dangerous.

Another one of the most dangerous railways in the world - Rameswaram, connecting the southeast coast of India to Rameswaram Island has been built on the water. The railway bridge to Rameswaram Island was built in 1914 and is 1.4 kilometres long. The island is rich in monuments with its unique religious and architectural style, which makes it a tourist attraction spot for everyone all over the world. Nevertheless, the storms of the sea make it challenging to travel to the island by ship and boat. Even in the fourteenth century, the locals wanted to build a bridge that connects the mainland with the island. In the early twentieth century, it was decided that the railway would be more favourable due to dangerous weather. However, that did not lessen the danger. In 1964, 150 passengers died because of waves rising 7.4 meters during the storm in the region. If you are wondering where is the most dangerous railway bridge? You already know it.

8. Georgetown Railway – the US

The Georgetown Loop Railroad, completed in the second half of the 19th century, is located within the Clear Creek County boundary, Colorado, to transport workers to silver mines. The narrow and dangerous railway was the only way for the miners to pass through the Rocky Mountains. However, the railway was available only during the excavations in the mines. Although it was later abandoned, the railway was given into use to attract tourists to the area. About 100 years after the railway was in operation, passenger transportation began. In 1973, the demolished sections of the dangerous railway were restored, and a year later, it was opened to tourists. It runs between Georgetown and Silver Plume. The route consists of two bridges: the Creek Valley Bridge and the Devil’s Gate Bridge. The most dangerous and hazardous part of the road is the “Devil’s Gate” bridge. The bridge is 30 meters high. The railway route is 7.2 kilometres, passes through incredibly beautiful mountainous terrain, and rises to 195 meters above sea level.

One of the most dangerous and extreme railways - Minamiaso route has been built around the mountain of Aso, one of Japan’s most active volcanoes. Since 1928, the railway line has been put into operation for passengers. Part of the railway line runs along the high railroad bridge, which at first glance seems very unreliable. The bridge road is very narrow, which makes it even more dangerous, as the driver’s poor manoeuvrability may be enough to make the train fail. The railway bridge was severely damaged during the 2016 Kumamoto earthquake, and the bridge was in critical condition. The use of this one of the most dangerous railway routes has been significantly reduced since the quake. On the other hand, the fact that the railway is near an active volcano makes the possibility of a further erosion unavoidable. However, the railway has a spectacular view that can compete with this threat.

It is a 217 km-long train route linking the Argentinian city of Salta to Chile’s Polvorillo. Although initially intended for load transportation, it is now open for tourists. The construction of the unique railway passing through the mountain ranges and the deepest canyons began in 1921 and was completed in 1948, taking almost 27 years. Throughout its route, the trail crosses 29 bridges, 21 tunnels, and 13 viaducts, remaining 4,200 m above sea level. The curved structure, spiral curves, and steep turns of the road make the new passengers even more excited. The adrenaline-filled and exciting journey of about 16 hours promises breathtaking moments for tourists.

Pilatus railway has the world’s steepest route as well as one of the most dangerous railway routes. The railway crossing Pilatus Mountain was put into operation in 1889. The line runs from Alpnachstad to the Peak of Pilatus Mountain. The height is 2073 meters. The cogwheels were used to prevent the chances of wagons get off the rails. Engineer Edward Locher was the first who proposed this idea for the project. Horizontal and vertical wheels on rails and wagons make it possible to run vertically. At present, the routes are at the disposal of passengers. Through nostalgic wagons, tourists can experience a sense of travel even if it is scary.

In 1943, the Japanese Empire built a railroad to strengthen its authority in Burma during World War II. It is called “Death Railway” due to the numerous casualties during construction. It is known that 12,000 prisoners and more than 90,000 workers lost their lives. The railway is also not safe for the human being. The 415-meter-long railway connects Burma to Thailand considered one of the most dangerous and extreme railways.

3. White Pass and Yukon Railroad – the US

The White Pass and Yukon Railroad is a line linking Alaska and Canada. The total length of the railway system is 175 km, and the most dangerous part is in Alaska. The line has no analogues in the world due to its complex structure. The route passes through dangerous mountainous terrain, with some rocks reaching up to 3,000 meter high. The narrow and dark tunnels add more fear to the line. Bridges on this route are scary and dangerous. If you think you are brave, the long and curve road will only create a chance for you to enjoy the scenery. Some bridges on this dangerous railway can be up to 2000 meters high. There have been accidents on this one of the most dangerous railway routes in different years. The 2006 accident resulted in death. In 2014, the train got off the rails and injured 19 passengers and four railroad employees. Even though the railroad linking Canada’s Whitehorse with Skagway, the US, is dangerous, it is still in use of tourists today.

Considered as one of the most dangerous and extreme railways in the world - The Duffy’s Cut railroad, with mystical stories, was built in 1832. Railway contractor Philip Duffy hired 57 Irish immigrants to build a train line along the dense wooded hills and ravines of the area. After a while, the infectious disease was spread among the workers, and 57 of them died. After the incident, several individuals and passengers starred to claim that they have seen spirits and nightmares in the area. Even movies about unusual events in the region were filmed. It was supposed that they were intentionally killed to prevent the spread of the disease among workers. A team of researchers began archaeological excavations in 2004, and five years later released shocking facts to the world. The researchers have confirmed the possibility of deliberate killing of workers. Some were reported buried alive in the common grave. After investigations, the incidence of nightmares was also reduced. It is explained by the fact that anxious spirits find relief. Nevertheless, despite this, tourists are still flocking here with the dream to see the ghosts.

1. Nose of the Devil – Ecuador

And now, the "winner" of our the most dangerous railways in the world list...If any of you have ridden in the scary trains in the amusement parks, you may consider that you have already used the “Nose of the Devil” railroad in Ecuador. The route, which runs along the edge of the mountain, is quite dangerous. The railroad reaching to the “nose” of the hill runs down and then climbs up after the turn. Again, after arriving at the “nose,” it moves down. The Nose of the Devil is a railway line from Ecuador’s Quito to Guayaquil. About 2,000 workers lost their lives in the construction of the railway. The “Nose of the Devil” is supposed to be an alternative for adventurous tourists.