Do bridges connect or separate? 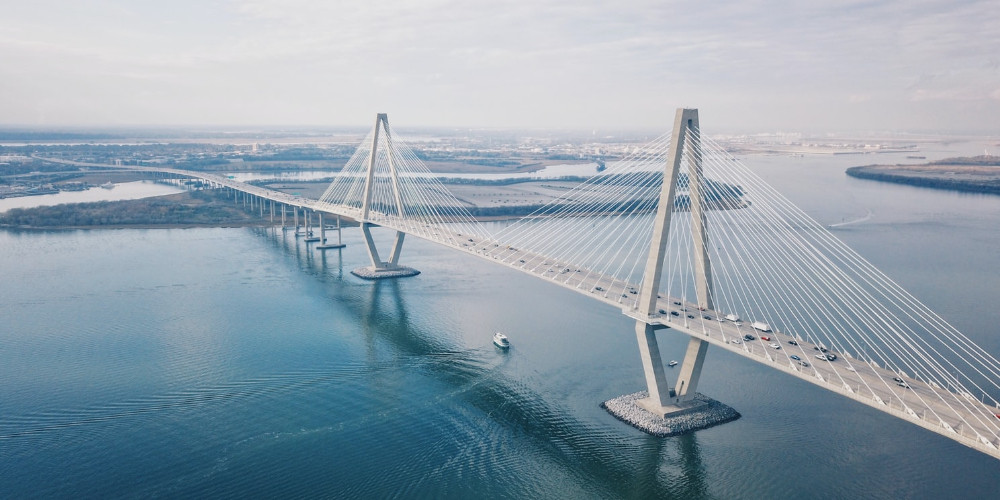 Love is to build bridges, not to build walls. Though the walls, once constructed to separate people, have been demolished, the merging function of the bridges protects them from this danger. It can even become the voice of a great nation as the Khudafarin bridge.

Do not be surprised by the fact that the world's longest glass bridge, Hongyagu, is in China as well. The bridge, built in the city of Shijiazhuang in Hebei Province, near Beijing, connects two bridges. The length of the Hongyagu Bridge is 488 meters. The bridge at a height of 218 m gives full of exciting moments for everyone. The world's longest glass bridge project, opened in December 2017, belongs to a private tourism company. The bridge is 4 meters wide. 1077 glass panels with 4 cm thickness were used for the construction. Visitors are provided with a shoe glove to prevent damage to the glass. The bridge can hold up to 2,000 visitors at the same time. However, for security reasons, attention is paid to not exceeding 500 visitors. Special rescue brigades are also ready to help at any moment.

In general, there are many glass bridges in China. These glass bridges, which open a mysterious view for the tourists, give everyone adrenaline and frustration because of their height. Such bridges are mainly selected for special events, weddings, and fashion shows. The glass bridge built in the mountains of Zhangjiajie, which inspired the creators of the Avatar film, attracts tourists not with the length, but with a magnificent view.

Other facts about bridges

The world's longest suspended bridge is in Japan. The Akashi-Kaikyo Bridge crosses the Akashi Strait and links the city of Kobe and the Awaji Island in Hyogo Prefecture. The bridge, with a total length of 3911m, was built in 10 years and was commissioned in 1998. The longest walkway bridge in the world is located in Switzerland. The 494-meter-long Europabruke (European Bridge) is at 85-meter high at Grabengufer crossing, near the town of Swiss in the province of Zermatt.

When you look at where the shortest bridge in the world is, you can see that it is famous not for its shortness. Thus, the bridge is known for its international status. Earlier, this status was attributed to the bridge in the Lawrence River linking area between Canada and America. The 8-meter-long bridge on Zavikon Island, located between New York and Ontario, is on the border. In contrast to other islands in the Thousand Islands archipelago, a bridge was built only on Zavikon Island, during the border treaty between Canada and the USA. The reason is that a person's house was in the Canadian part and the yard in the American section.

Now, this status is on another bridge. The 3.2-meter-long bridge in the border between Spain and Portugal has been called the shortest bridge in the world, according to the European Union. The shortest bridge, built in 2008s, links the village of Varzea Grande in the Alentejo region of Portugal with the town of El Marco in Spain's Extremadura.