Art of selling time by Hublot 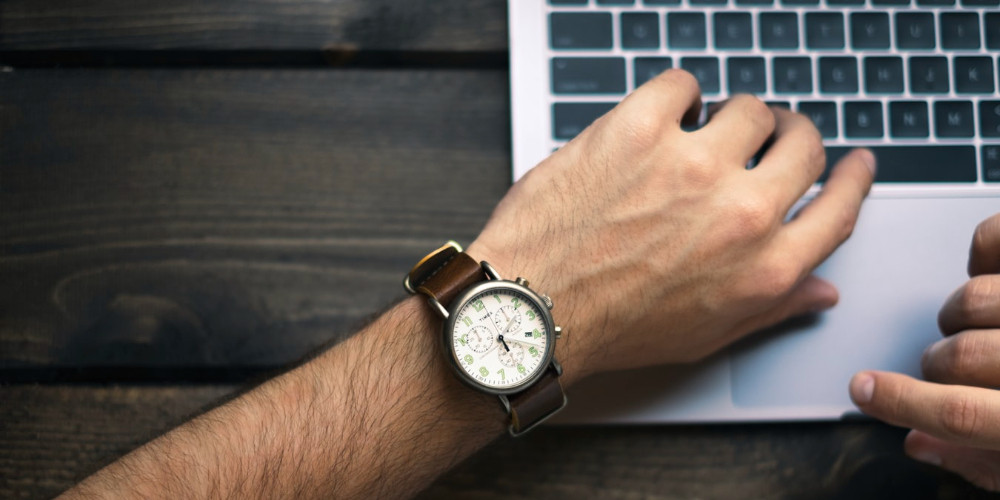 During a press conference, one of the journalists stands up to ask a question about Hublot’s Big Bang Watch Series. He asks about the reason this watch is all dark, which eventually makes it impossible to see the time. The audience waits for the reply by Jean-Claude Biver, CEO of Hublot. Jean-Claude smiles with a compassionate face and utters this:

“We are not selling time anymore. We are selling art.”

Hublot factory was not in the priority list during my stay in Switzerland. In fact, I came to this country to present Kvotter mobile application for book readers. We had an intensive agenda. Every day was packed with meetings and big preparation for official presentation day, where 70 countries would come together to celebrate the Seedstars International Event for startups. We had only two days to enjoy the places around. Orkhan (my friend) decided to book himself a CERN tour. He was dying to see the Large Hadron Collider. I did not have any particular interest. He knew that I loved watches and booked a Hublot factory tour for me. I was tired after the events. There were too many emotions involved during preparation for a 60-second idea pitch. I wanted to simply enjoy the quiet Swiss Tech Hotel room with soda and chips. What a way to enjoy the Swiss journey. Orkhan was not going to let this happen. He dragged me to many cities. I saw San Francisco, New York, and Chicago again only because he dragged me to multiple adventures. He loved motion. He could not stop. So here we were. We were done with the startup part of the trip. It was time for Swiss adventure. To be correct, it was time for “Swiss time.”

I sat into a Mercedes Splinter with other tour people. We hit the road to see some watches. Did I mention that roads here were covered with endless flower fields and vineyards? Swiss people had a peculiar diet. It involved cheese and vine. The last day of the Seedstars event could be easily renamed into a fondue day. You could enter the hall to see fountains of cheese and people picking them to finish their vine. Or they took vine to finish the cheese slices. These would be a perfect combination for those who drink alcohol. For a person who does not, it was a weird food fetish to observe. To be honest, if not for the Subway Sandwiches and Turkish Kebab Corner, I would starve to death. But for those who enjoy the variety, Switzerland has much to offer. But the variety came with big price tags. Tags. Let’s tag ourselves back to the watch factory of Hublot, which was waiting for the guests. Mercedes Splinter stopped at Nyon, and we saw armed guards that checked the visitors. They had the James Bond movie-style suspicion. Everybody was a potential watch thief. Or it was passed their lunchtime.

They opened the gates and we walked towards the big block of building with Hublot sign on it. These people were good at business. They doubled the production in a short period of time after Jean-Claude Biver made some tough choices. It was the second building and the Formula 1 style bridge that made us stop for a while. I was thinking about Orkhan and his CERN adventure. Well, his adventure was over soon. The place was not working that day. He was so upset about it. The best part of the story is his crossing to France to do some food shopping for us. Food in Switzerland was expensive. What was not? As we were entering the first building, black Maybach doors opened for 4-5 Chinese customers with bags that had dozens of Hublot’s in them. They were wearing black costumes and black eyeglasses. Maybe it really was a movie part. They passed by with a fast breeze. Another car that passed us by was convertible Aston Martin. The driver who put funny looking sweater onto his shoulders looked at us from a peak of his nose. God, he was snobbish. Although, I give him some credit. Geneva and Lausanne make you snobbish a bit. When you sniff too much luxury in the air, you have to deal with the consequences. Well, guess what? We were about to sniff some next-level luxury inside the building of Hublot.

Let’s start with a cow statue in the entrance hall. I call it a cash cow. It was signed by mega names of football and only these signatures cost up to 250.000 Swiss francs.

We were welcomed by a magazine cover type of guy. He was handsome and very articulate. The movie vibes were not leaving the entire time. He greeted us while handing out some white doctor coats. We needed to put these coats in order to keep the place clean. Corridors were loaded with milestones and awards. I noticed an old watchmaking table next to the entrance of the corridor. This table was the only historical item you could see in the entire building. Other objects, devices, and machinery were fresh and running. Every person who worked in this place was carrying a Hublot watch in his/her hand. This was like a standard uniform requirement. The first floor was meant for ordinary buyers - people who would spend between 5000-25000 dollars for a piece. The first floor was stacked with heavy machinery. We saw automated electro-spark and CNC milling machines for producing componentry for the watch series. Most of the machines were bought from the EPFL Institute. Each machinery cost minimum of 3-5 million dollars. The whole building was a Fort-Knox for watch lovers. That was why these armed guards were so suspicious of anyone approaching. There was even a designated place for the so-called magician. This magician or alchemist would create 18k Gold by fusing boron carbide (ceramic) and 24k gold using a proprietary process that applies high pressure and heat to bond the materials in a super-tough alloy. We saw a black metallic tube which looked mediocre. 40+ % of it was gold. We immediately thought about the possible ways of gold trafficking. Alchemist guy laughed at this idea. He said that he never imagined such a scenario. Well, of course, he did not. This imagination belongs to those who live outside the world of luxury and comfort. The magazine cover guy escorted us to the next floor. He was spitting some quotes by Jean-Claude about the “crazy” philosophy of the brand. To cut short. How much does a Hublot watch cost? Biver said that you have to pay crazy money to get these crazy watches. Basically, he said that anyone who paid for these things was happily crazy. Well, I did not have enough money to feel that level of madness. Although, the ambience was in the air.

Air on the second floor was way different

The second floor was for special craftsmen and VIP customers. These craftsmen carried 100k-200k watches on their hands. They were working on million-dollar pieces. One of the watch artists was explaining the structure of 300k LaFerrari edition while making sure that we do not drop the watch onto the floor out of excitement. There were so many details that we heard and not remembered. Who needed to know that much? Was it not a part of marketing? Or it was art in the end.

The second floor had a beautiful view of yellow fields and pasture zone. We were in the midst of the luxurious farmland which by the way belonged to the CEO. He was producing his own milk, cheese and meat stocks. The showroom was set for us to taste his products. This special room was the place where multi-million dollar transactions were made with ease. Many VIPs tested local cheese and meat and drank wine as they signed huge checks for the Swiss pieces of art.

We heard about a guy from Singapore who spent 100 million dollars on watches annually. Yes, you heard it correct. The Asian market was trending place for watchmakers who fought for their modest piece of market share. Hublot was fighting for the 5% share, which was a huge milestone for them. Switzerland was roofing names such as Rolex, Patek Phillippe, Tag Heuer, Lange und Sohne, Chopard, etc. Old names meant old and concrete traditions – traditions of people who cared about status and well-being. Hublot was going in a different direction. It was rude, ugly, big, screaming, bold, dark, and many other ambitious emotions were attached to it.

When I stood in that showroom, I could only guess the names of celebrities that bought time here in Geneva. I was not a celebrity and I was not going to spend a fortune on time. The cheese was good, beautifully sliced beef was good, the juice was good. It was a perfect time to leave this place full of diamonds and gold. It was a perfect time to behave normally again.

Maybe one day, I would enter the gates as a VIP buyer. Until then, Hublot would be a dream for a young writer who cared about time. My time was to pen the memoirs while chewing the sandwiches that were bought from the French market.

I listened to Orkhan’s adventures while being in CERN. Adventures that were supposed to happen but did not.

I happily lay on my bed and ate some big strawberries. Even strawberries were perfect in here. People in Lausanne enjoyed quite evenings. Nothing worked - no shops or restaurants. We walked with Orkhan around the EPFL campus and Rolex Library. We passed by the little yachts that prepared to set for the bigger ones. We passed by lovely cottages that seemed empty. We passed by the city centre’s lights that showed us some waters of this place.

Did I tell you that Switzerland is a place where great writers were baptized to their fame? They literally jump-started their careers in this mountainous location. Dostoyevsky lived in here for a while. Tolstoy lived in here for a while. Mary Shelley wrote her Frankenstein in here. I was in here as well. I do not know if the future will hold a different card deck for me, but I was in here as well. In this space of perfect landscape, expensive food, and time which was packed into a form of art.

I looked at my modest Seiko watch. It was time to get onto the airplane. This Seiko cost me only 224 dollars. I bought it to celebrate a good sales deal. I knew that it would be with me for many years. Three years later, I had to sell it because I needed to buy medicine for kids. Personal feeling of glory and pride was gone. But for my 33rd birthday, Orkhan put that very watch onto my table. He knew about the pawnshop deal. He knew me very well. I was looking at this watch again. Tears came down. I was very happy to have such a friend. Seiko was back in my wrist. I was back in the game, and I played well this time.

And as the clock ticks, there are more stories to come.