The best countries for beer lovers 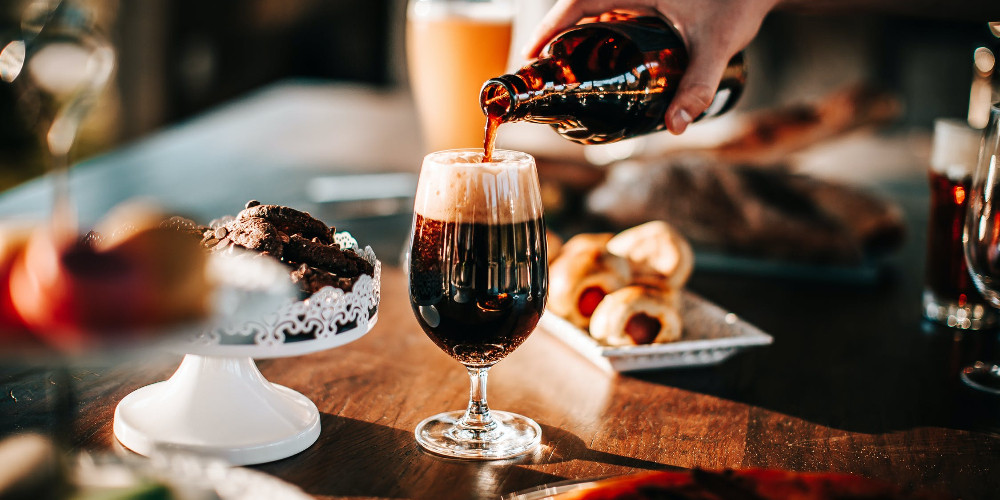 With more than 1,300 factories of beer and the famous festival of Oktoberfest, Germany is undoubtedly the country of beer and one of the top beer-drinking countries. Germany also has the official beer day, and this holiday has been celebrated since April 23, 1994, to commemorate the Purity Law of 1516 decreed by Count William IV of Bavaria. It established that beer should be made based on three ingredients: Water, barley malt and hops, giving rise to the Reinheitsgebot. It is a tradition in southern Germany, specifically in the State of Bavaria. There are four times more breweries in Germany than in the rest of Europe. The wheat beers are top-rated in this country where average German drinks 115 litres of beer a year. Such is the point of fondness for a beer that even German law favours its consumption. For example, the minimum age of consumption is 14 years. In most German Federal States, it is allowed to consume it anywhere, on the street, in public transport, in non-sanitary public buildings, universities, etc. You choose from a wide variety of best beers: Hefeweizen (wheat beer), Weizenbock (toasted wheat beer), Dunkel Weizen (dark wheat beer), Weissbier (white beer), Rauchbier (smoked beer), Munich Lager, and Schwarzbier, among other. If you’re interested in exploring some more, you can visit Germany’s oldest commercial brewery on this guided walking tour of Munich.

is one of the best beer countries. The manufacture of beer in Ireland has its history; early in the 19th century, there were more than 200 breweries in the country, while today, there are only about 25 of them. However, that doesn't stop the Irish from enjoying their beer in large quantities. Each Irish town has its craft beer. On the beautiful Dingle Peninsula, in the southwest of the island, they feel fortunate to be able to offer their Lager Crean's to their millions of visitors. In Waterford, the Metalman micro-factory lovingly makes its Pale Ale, which it sells only in barrels. It is considered the most powerful sector in the country. Although you think of dark beer and Guinness when hearing the name of Ireland, the reality is that the Irish do not prefer this. The most popular in Ireland is "Lager," and they drink it with hardly any foam. It is thanks to Arthur Guinness that black and red ales are thought of.

The original Budweiser House, Pilsner Urquell, Staropramen, and a couple of hundred other beer brands have made this country to the top of the best beer countries. The first factory of beer opened in 993 in Brevnov, while today, there are about 130 factories spread throughout this central European country. The most typical Czech beers are Pilsener-style Lager beer, which is also one of the world's best beers. The Czech Republic's average beer consumption is 157 liters of beer per year, placing his country in the highest position. So, let us have a beer, raise our glasses, and toast to this Czech town! In this country, there is also the possibility of immersing yourself in beer to relax, which you can do at the Beer Spa Bernard in Prague.

deserve all the respect of the brewery and the Belgians themselves too. It won't be easy to choose your favourite because it is one of the world's greatest variety. There are more than 1500 types of beer. As traditional as they are innovative, its styles and production methods have been countless since the Middle Ages. Visit some of the factories. They have dedicated museums to the beer, or if you are on the weekend in Brussels, go to Delirium, in the Guinness Book of Records for being the bar that sells the most different labels to the public. The service is a ritual, and they do not win for glassware. If you search for which country is famous for the beer Corona, you will find Belgium.

A pint of beer to ward off the chill in one of Vilnius' breweries is pure necessity. Lithuania may not call you a destination at first glance, but it is one of the countries with the most incredible variety of local and craft beer. Away from the industrial, you will see dozens of so-called farm beers that you will not find anywhere else. Its most important secret is in the inimitable indigenous yeast. Lithuanians go crazy and consume more than 90 litres per head.

Croatia is a good vacation spot in itself, and even more so if you are into beer. Between beach and beach, between island and island, location and location of "Game of Thrones," you will be able to try its ten of their brands of which Croats give a good account, drinking almost 82 litres a year.

Romania is the tenth country that consumes the most beer per inhabitant globally, more than 75 litres. They are lovers of "liquid gold", with which they usually eat their spicy sausages. Bucharest is one of the cheapest cities, also, to drink it although it is in Brasov, in Transylvania, where there is more tradition, and you can organize several fun "tours." Azuga or Ciucas is the decan brands there.

Yes. According to Alltech and the Brewers Journal, the United States is the country that brews the most craft beer. Within the "Yankee" vastness, New York is a promising beer city according to Vinepair, praising especially Brooklyn and its growing number of good breweries, including Threes and Other Half.

Lagers are the "pinnacle" in Poland, along with vodka. The country is also in the top 10 of Statista of world producers, and Krakow is one of the cities where beer is cheaper, according to an index published by GoEuro. You can take both vodka and beer together if you can.

The Austrians fight with the Germans to be the most drinkers. They are there, and although they do not have an Oktoberfest, they celebrate their festival in Vienna every year, the largest of the year in the country. Own beer, local cuisine, folk music stars, and traditional dresses compete with the locals and last until the beginning of October.

The country is known for several beer brands such as Amstel and Heineken. However, real beer is the one that is made in Amsterdam. Brewing beer is a centuries-old tradition in the country that dates back to medieval monasteries. The Dutch even have their special version of craft beer. The "Speciaalbier" (special beer) is usually bottled and is generally much stronger in flavour (and alcohol content) than standard "blonde." Anglo-American craft beers, such as American Pale Ale, are also readily available. In any case, beer lovers will find a great variety in Amsterdam. Brouwerij't IJ is perhaps the most iconic brewery in Amsterdam. Or also De Prael, which is another of the beer temples in the Dutch capital.

, and London in particular, is undoubtedly the homeland of good beer. Although England does not stand out for its excellent gastronomy, what they do have (and drink) in large quantities is beer. They can be served as a pint (568ml) or as a half-pint (284ml). The nearly 7,000 pubs in London have turned the city into a European destination for beer. Here the top-fermented beers ("ale") are the most popular and consumed, instead of the Pilsen or Lager, which are low-fermented. Traditionally the ales are served at room temperature or the temperature of the pubs' cellars, which can vary naturally depending on the season of the year in which you are. For those who prefer Lager beers, there are Foster, Carlsberg, Carling, and Tuborg. For those who prefer a slightly stronger flavour, a pint of Pale Ale, Young's Special London Ale, London Price, or Meantime are ideal options.

Beer and eating a tapa are the cradle of some of the best Spanish craft beers. Proper names such as La Cibeles or La Virgen are just some examples. However, these drinks are from the beer tradition of the country. Mahou is a Spanish origin beer company, founded in the capital in 1890 as an "ice and beer factory." Such is the tradition of this beer that the Mahou brand already appears in a 1920 painting by the painter Solana, on a table in the Pombo cafe. At that time, it was customary for beer to be mixed with soda or lemonade. The presence of beer in Spanish society has been emerging since the sixties.