Where to drink the best wines in Europe? 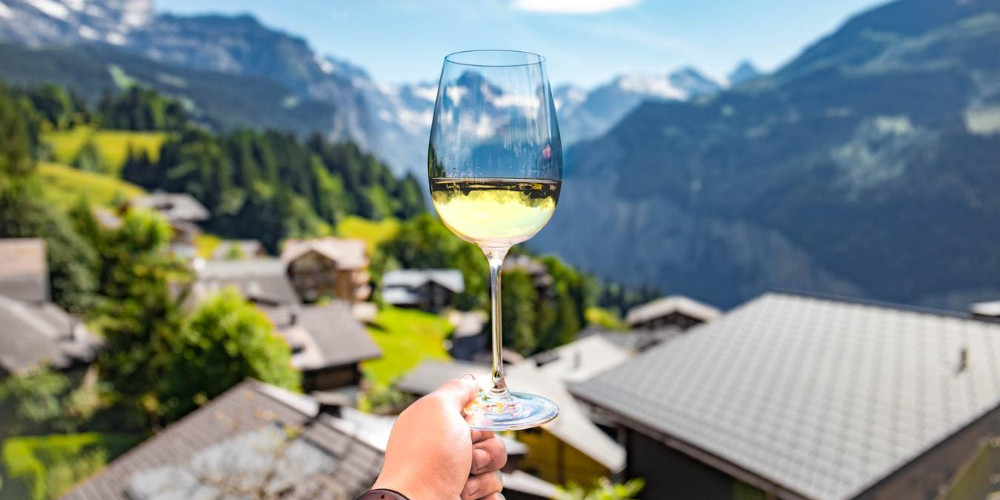 "Beer is made by men, wine by God" ― Martin Luther. If we surveyed to find the best drink in the world, there is no doubt that the answer would be wine. Researches show that people consumed 244 million hectoliters of wine worldwide in 2018. It is quite a high result. Also, the survey shows that the USA was the most wine consumer. Ok, the USA was the most wine consumer, but which places have the best wines? You will get the answer to this and more in our blog. In this blog, you will learn the best wines, the best red wines for health, why wines taste different in Europe, what are the best red wines, what are the best sweet wines, what are the best white wines, and more.

Why do wines taste different in Europe? 2019 data shows that France is the second wine producer in the world. France produced 42.1 million hectoliters of wine in 2019. There are many locations in France where you can taste delicious wines, and the Champagne region is one of them. Most people ask: Why do wines taste different in Europe? Many various things can affect wine taste, such as producing technique, region, wine sort, etc. We can say that the traditional producing method is the main secret behind wines' success in Champagne, France. There are two major cities in the region to visit: Reims, where you will find Veuve Clicquot, Pommery, and Taittinger and Epernay. You can taste some of the best red wines and best white wines in both cities and learn various facts about producing and winemakers.

Try some of the best European white wines in Puglia, Italy

It says in one Italian quote: "Buon vino fa buon sangue," which means good wine makes good blood. The next stop in our journey is Puglia, Italy. Probably, you have heard the name of this region if you taste Primitivo. What are the best wines of Puglia? The best wines of the district are made from Primitivo and Negroamaro grapes. Also, Puglia has some of the best white wines made from Falanghina, Verdeca, and Muscat. There are more than 200 wineries, and it covers enormous areas, which is why I consult you to create Puglia's best wines list and begin your trip after that.

Douro Valley is in the north part of the country and one of the world's most ancient wine regions. Wine production started in this region many, many years ago when Romans settled in the Iberian Peninsula. While walking in the area, you will see that grapes are planted near the river on peak cliffs to increase sun rise absorption. What are the best wines in the valley? The Douro Valley is famous for the best sweet wines and one of the best red wines in Europe. Vinho Verde can be an excellent example of the best sweet wines in the region. If you are a wine fan and have never visited Douro Valley, it means that you missed a lot. Add the valley to your list of the best locations to taste the best European white wines.

Spain is one of the countries where you can find the best red wines in Europe. One of the winery regions of Spain is Catalonia. Catalonia has a rich wine production history. Such as in some provinces in Italy and Portugal, wine production dates back to the Romans age. There are ten assigned wine regions in Catalonia, which have a length of more than 144 km. Thanks to grape sorts such as Garnacha and Carignan, they produce some of the best red wines. Where to taste wine in Catalonia? There are plenty of spots, and Emporda is one of the most famous ones. It covers the 2000 ha area and uses various local grapes, such as White Grenache (an example of the best European white wines), Macabeu, Syrah, and Tempranillo, to make wine.

Now it's time to talk about the most outstanding East European wines. Our first stop in East Europe is Istria, Croatia. Compared to other wineries that we mentioned above, it consists of small family-owned businesses, so they do not produce large quantities but high qualities. Here you will find both kinds of grapes, white and red. They use Malvasia Istriana (white grape) and Teran (red grape) to produce one of the best wines in Eastern Europe. Where is Istria? Istria is on the northwest peninsula of Croatia, on the border with Slovenia and Italy.

Another country where you can find the best wines in Eastern Europe is Hungary. The Tokaj region is well-known as the origin of the world's oldest botrytized wine, Tokaji Aszu. Botrytis is a valuable sort of fungus that grows on grapes and produces delicious east European wines. Two chief grape sorts that grow in the region for centuries are Furmint and Harslevelu. Interestingly, the government does not allow using all grape sorts to produce wine. The other grape kinds that producers use for wines are Zeta, Kabar, Koverszolo, and Yellow Muscat. Where is the Tokaj region? It is in northeastern Hungary and close to southeastern Slovakia.

Brick buildings on top hills that are surrounded by trees, charming wineries, and more make Tuscany one of Italy's best locations. Tuscany is the countryside that is well-known for winery fields. It consists of multiple sub-regions, and the most popular ones are Montepulciano, Chianti, and Brunello di Montalcino. These subregions are not so far from each other so that you can explore all of them effortlessly. There are plenty of family-owned wineries around Tuscany, so it can be troublesome for newcomers to find the way to the best Italian wines. That is why most people recommend joining tours for better understanding and effortless finding the best Italian wines. Sangiovese grapes that grow mostly in Montepulciano are the favorite ones for plenty of people.

Another location where you can find the best European white wines is Rhineland Pfalz. Rhineland Pfalz is the second-largest wine region in Germany and attracts millions of people to Germany each year. The region is well-known for dry white wines, and there are more than 22 allowed grape sorts in the area. Winemaking and tasting is an undividable part of Germans' daily life. Various festivals took place throughout the year in almost all sections of the country. Experiencing that atmosphere at least one time would be an unforgettable memory for you.

Have you ever heard about the Valley of the Beautiful Lady? Probably, your answer will be no, because Eger is not so popular out of Hungary. There are roughly 200 wine cellars in the valley engraved in rhyolite tuff caves. Here you will have a chance to taste and buy some of the best wines in eastern Europe. Some of them even won awards from the Bordeaux Wine Olympics.

Nevertheless do not worry, all of them have affordable prices. Also, don't miss the opportunity to try one of the best red wines in Europe, Egri Bikaver. Another example of worth trying east European wines in Hungary is Egri Csillag.

Sicily is the largest island in the Mediterranean and has excellent conditions for grape growing. Sicily has more vineyards in comparison with any other region of Italy. Sweet Marsala wine that is produced here is one of the best Italian wines. Another famous wine from Sicily is Zibibbo. It has similar characteristics to the first one, but it has a lower alcohol percentage. One fascinating fact about the production is that instead of being fortified, the grapes are left to ferment under the sun. Another famous wine that is worth tasting is Nero d'Avola, which has high acidity.

Bordeaux is the unofficial wine capital of the world. Even this short sentence is enough to understand the value of the city for wine lovers. Medieval structure, delicious wines, and food attract millions of tourists each year to Bordeaux. Most people say that even after spending one week with wines, you will feel like you are just beginning the long journey. The superlative grape kinds in Bordeaux are Merlot and Cabernet Sauvignon. The region is most famous for white wine, and the best locations where you can find it are Pomerol, Medoc, Sauternes, Graves, and Saint-Emilion.

What are the best red wines for health?

Of course, it is impossible to mention all superior wine regions in one topic. Without any doubt, I can say that their number is a couple of times more than I mentioned. At least now you have some general information about some of the best vineyards in Europe. At the end of our blog, I want to answer this last question: What are the best red wines for health? As you know, red wine has a positive effect on our health; according to Google search results, we can see that Pinot noir is the best red wine for health.