10 countries for culture lovers to visit 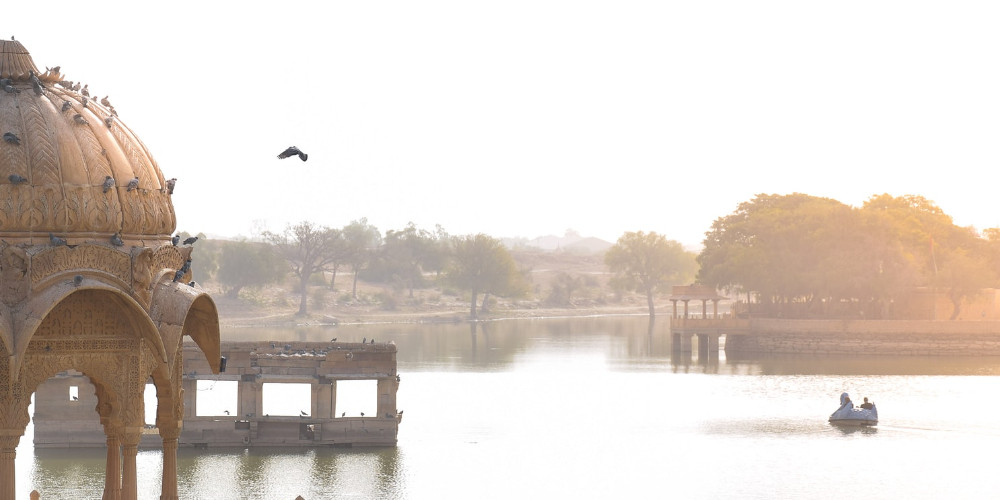 What are the best countries to visit as a culture lover?

If you are interested in what are the best countries to visit as a culture lover. I can say that there are a lot of the best countries to visit. Each has specific cultural characteristics, and it is hard to choose among the cultural countries. It depends on whether you are curious about festivals, cuisine, music, museums, etc., of the cultural countries. Talking of the celebrations, it is one of the most interesting cultural facts about Spanish speaking countries that they are at the top of the list. You can attend various kinds of festivals, carnivals in these most cultural countries. Of course, there are also cultural differences between countries with a Spanish speaking population, or maybe you are an Eastern or Chinese culture lover. Then you definitely should go to the Far East.

Chinese culture has developed independently over thousands of years and shows some remarkable peculiarities. Chinese paintings and craftsmanship may seem interesting in Western eyes. Still, you can expect some strange, graceful behaviours in their daily dealings with residents and customs in restaurants, which you should be prepared for. I strongly recommend you learn about China as a Chinese cultural lover before your trip. It is always more sensible to explore the country with open and interested eyes. The yin-yang balance, Chinese medicine, calligraphy, personal development are the most famous examples of this culture. Also, the arts are fundamental to understanding Chinese culture.

is the jewel of colonial baroque art. Brazil's trip will suppose a different perspective of approaching its excellent architectural examples from the colonial period, specifically to its baroque and rococo masterpieces. The art that the Portuguese brought to Brazil when they arrived in these lands still has importance. Many of these arts, places, and monuments were declared by UNESCO as a World Heritage Site. Places like Salvador, Ouro Preto or Olinda are just some of the regions whose architectural wonders you can recreate on your trip to Brazil. Throughout the country, you can see the typical colonial architecture, both civil and military, and the religious, which reaches incredible heights with examples such as the Church of San Francisco Salvador, an elaborate example of the Portuguese's architectural work settler but without forgetting the regional diversity of Brazil, you can also see the regional architectural differences.

Spain does not have one culture, but many. During the history of Spain, there were different kingdoms, and it has been invasive and invaded. Above all, it has reflected its diversity in every aspect of society, culture, and its cities' landscape. Traditions, languages, passions, concerns, gastronomy, and climate determine how Spaniards feel the past and integrate it into their daily lives, fighting through the centuries to preserve their identity. Perhaps that is why popular festivals are so deeply rooted, where people participate with devotion and pride, thus helping to perpetuate the culture. One of the interesting cultural facts about Spanish speaking countries is that the language has some differences in the countries, so does the culture.

has existed for more than 6,000 years, undergoing numerous changes that occurred due to contact with invading peoples, such as the Arabs, the Romans, and the Greeks. Its center is in northeast Africa, mainly on the Nile River banks, but it has expanded in times of imperial conquest. Both ancient Egypt and the ancient Mesopotamia cultures were the first societies to create, sustain, and develop a writing system, both around 3,000 BC. So, Egypt is one of the most cultural countries because of its history. The current Egyptian culture has new manifestations in various areas of art and draws on its heritage from antiquity, preserving monumental works of architecture such as the pyramids.

It isn't easy to find a country that impresses you as much as Italy. It is fascinating, it awakens new horizons in you and broadens your mind, it enriches you with many cultures. Every traveller can find something of his own in Italy, which makes him or her come back here again, and again, it is difficult to explain and easy to feel, but you will always see something that identifies you. Italy is the world's capital of art and creativity. No matter which city you go to, you can enjoy the incredible architecture and impressive cathedrals and see legendary artists and sculptors' works. In Venice, the Doge's Palace, the Uffizi Gallery in Florence, or the Vatican Museum in Rome will reveal in each travel respect and the real passion for art.

Despite being in the Middle East, Iran is not an Arab country. The country is currently the Islamic Republic, and the majority of the population is Muslim, but their origin is not Semitic, as are the Arabs, but they are Persians. Their language is Farsi, which is completely different although it is written with the same Arabic alphabet as Arabic. Anyone who has travelled through enough Arab countries will quickly notice the cultural difference. Iran is a country with a unique Persian culture. One of the wonders of Iran is to delight in the architecture of its mosques and palaces. An explosion of geometry, colours, roofs, and domes that you would stare at for hours, minarets that skim the skies, and constructions of a film like the Mausoleum of Shah-e-Cheragh that will make your jaw drop. It may surprise you, but you can visit almost all the mosques and holy places in Iran. They will greet you with a smile.

Regarded as one of the first Christian countries in the world, Georgia is filled with an impressive religious heritage. There it is not strange that the churches are from the 4th or 5th century, which produces, on the other hand, the birth of a very particular architectural trend, Georgian churches have their style. Georgia also has an architectural heritage halfway between East and West, where finely crafted wooden corridors are found along with the houses that overlook small gardens or avenues.

Ireland is one of the few regions of Western Europe that was left out of Roman colonization. The country has maintained its Celtic roots and wears them proudly as a symbol of its identity and unique and fascinating history. Much more than the language, spoken more and more among them, it is a palette of traditions that the Irish perpetuate and keep alive as proof of their love for their homeland. That is the reason that this country has a beautiful and unique culture that will fascinate you.

Japan surprises with its culture, so being different from others. From traditions to gastronomy, religion, entertainment, relationships, Japan will amaze you at every moment. These are just magnificent and strong reasons to say that Japan is one of the best countries that the lovers of unique cultures should visit. On your trip to this Eastern country, you will experience more things you have never done before. You should know that Japanese culture is so different that each activity can seem out of the ordinary, such as petting the cats in Neko Cafe, wearing the traditional kimono at festivals, or as you visit the temples, drinking tea, sleeping at the Capsule Hotel, etc.

At first glance, it may not seem like it, but its proximity to Spain makes Morocco an ideal travel destination if you plan a trip to this country, where you want to know or enjoy a culture quite different from the Spanish one. Also, suppose you want to know interesting cultural facts about Spanish speaking countries. In that case, you should travel to Morocco, too, because its proximity gives you the possibility of being at the destination near to Spain, which has affected each other. If there is something that you cannot ignore in Morocco, it is its gastronomy. With endless possibilities, ranging from tasting an orange juice in Djemaa el-Fna to buying a handful of olives at a market stall, going to sit on a terrace and enjoying an incredible tagine, which, for sure, will become part of your memories of the trip.

MOST RECENT
Topics
Get your visa with one click
Countries