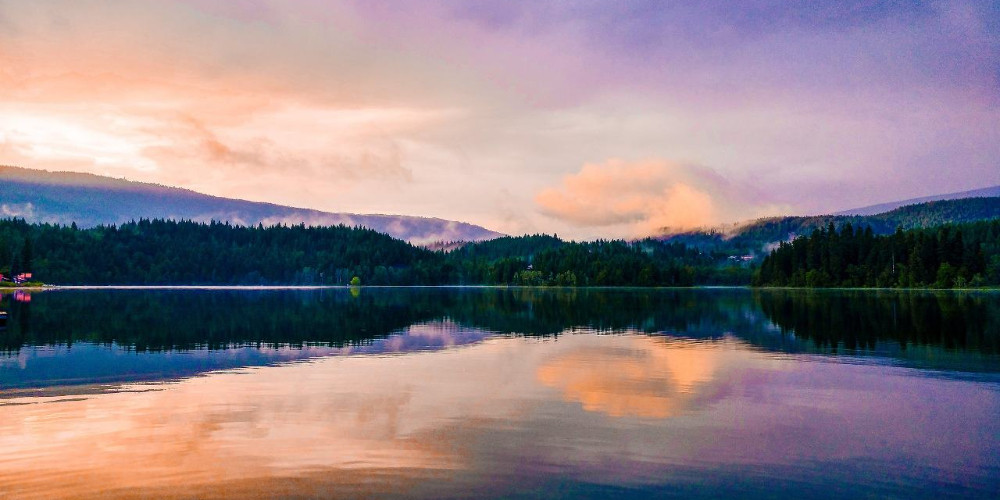 is a great way of exploring the world and gaining priceless experiences. Unfortunately, increasing demand for tourism facilities has caused ecological damages around the world. Nowadays, tourists prefer a different form of tourism called "ecotourism" to avoid traditional travelling's side effects. What is ecotourism? What is ecotourism definition?  Ecotourism is catering to visitors who want to explore the natural world without destroying or disrupting their habitats. Tavel to natural areas that conserve the environment sustains the wellbeing of the local people and involves interpretation and education" is the perfect ecotourism definition, according to The International Ecotourism Society. The International Ecotourism Society is a non-profit organization dedicated to raising awareness about ecotourism. People who participate and implement ecotourism activities also follow the basic ecotourism principles. Ecotourism principles involve minimizing physical, social, behavioural, and psychological impacts and building a culture of environmental respect and protection while providing positive experiences to visitors and hosts. On the host side, the mindset of ecotourism is one that creates value for residents and businesses and can help to offer remarkable experiences to tourists while at the same time growing their exposure to local cultural, political, or social concerns. Ecotourists learn about their destination's ecosystems, traditions, and cultures without missing out on an adventure, excitement, and relaxation.

There are more benefits of ecotourism besides exploring hidden places all around the world and preserving the environment. Ecotourism gives us a completely new perspective of the world and encourages us to open our eyes to different thought ways. There are also sustainable adventures on land and under the sea. Your vocabulary also grows as you take on new accents and master words you have not been familiar with, making you a more fluent speaker. For ecotourists, history takes on a life of its own, and the main benefits of ecotourism are about the cultures of countries. You can feel like you have travelled back in time by going to the old cities and getting acquainted with its culture- cuisine, traditions, and environment. What is ecotourism around the world? Nowadays, most big cities have started implementing ecotourism principles and finding new ways to minimize travellers' carbon footprints. Besides applying ecotourism for ecological reasons and saving nature, some countries use ecotourism as a major national economy industry. What are the best ecotourism destinations? The top countries globally, which offer remarkable ecotourism adventure travel, are the US, Costa Rica, and Africa countries.

is one of the eco-friendliest ecotourism destinations in the world. Ecotourism in Costa Rica is one of the main activities of the tourism industry in the country. With coastlines on both the Caribbean and Pacific, the South American country is known for its beaches, volcanoes, and stunning biodiversity. Approximately a quarter of Costa Rica is preserved jungle, alive with wildlife, including various monkeys and exotic birds. The country offers both cloud forest and rainforest, which are amazingly beautiful. With its rich biodiversity and immense ecosystem, ecotourism in Costa Rica leads the ranks in this category of tourism. A strong respect for nature is apparent everywhere you go. This appreciation is evident in hotels and resorts throughout the world, which deliver sustainable ecotourism and a rated Certificate of Sustainable Tourism (CST) program. Many hotels and resorts serve organic food; landscape their grounds with lush tropical plants and flowers, and reuse and recycle their capital.  Ecotourism in Costa Rica is quickly growing in popularity, making it easier than ever to find your perfect tour. Costa Rica Ecotourism tours generally focus on natural wildlife observation, epic adventures in the great outdoors, or a mix of the two.

Different forms of ecotourism options include Costa Rica Ecotourism tours to one of the world's volcanoes (including Poas and Arenal); daytime and nighttime nature hikes; whitewater rafting; country coffee tours; visits to the white-faced Capuchin monkey area; For the best conditions, visit the dry season of Costa Rica between mid-December and April. You can even volunteer for a different kind of experience to help with sea turtles conservation or volunteer with local coffee growers who practice organic farming. Participating in Costa Rica ecotourism tours is sure to be a memorable experience. Eco tours focus on local culture and people and ensure your money goes to businesses that support animal preservation and protection of nature.

involves responsible trips and travel to areas that might be protected and especially fragile. South Africa has many biodiversities. Thus, ecotourism is a way for the country to benefit from nature in a non-consumptive and legitimate fashion, as opposed to prohibited practices such as poaching and trafficking in international wildlife trade. South Africa is incredibly biodiverse, with 858 species of birds and 299 species of mammals. South Africa and seventeen other countries are considered megadiverse, which means those countries contain 70% of the planet's biodiversity. Ecotourism in Africa forms around protecting the country's biodiversity and providing South African people's health and wellbeing. One of Africa's popular ecotourism destinations is in Kenya. The International Ecotourism Society, or TIES, defines as "responsible travel to natural areas that conserves the environment and improves local people's wellbeing." Ecotourism in Africa, Kenya, started by public and private initiatives that revolve around the country's rich wildlife.

Kenya is a great destination to participate in ecotourism adventure travel tours. Kenya's natural attractions include enriching, nature-based entertainment, such as game-viewing safaris and bird watching, promoting conservation efforts and surrounding communities' wellbeing. Aquatic practices are also accessible on the eastern coast of Kenya. From February to April, scientists tag whale sharks, the largest known species of fish, to monitor them via satellite. The East African Whale Shark Trust organizes trips for visitors to dive and snorkel with scientists in the Indian Ocean to witness a mechanism that helps increase awareness of the species. Kenya owes its status as an eco-destination to its fauna, including a group of mammals known as the "Big Five" - elephant, rhinoceros, buffalo, lion, and leopard. Kenya's seven habitats - savannas, beaches, forests, snow-capped mountains, deserts, coral reefs, and river deltas - also help draw the more than 500,000 tourists who visit every year.

Ecotourism in the US

As a new industry, you'll find the ecotourism experience can vary widely from country to country, with some offering many long-established options and others just beginning to grow. You can wonder, what is ecotourism in the US? America may not be the first country to come to mind when you hear of ecotourism. Still, after various projects over the years, it is getting easier to travel here sustainably. Some states are better than others, with areas like Alaska, California, and Hawaii leading the way with their incredible national parks, eco-friendly events, and options to relax in sustainable lodges. There is also a great range of camping spots, and cross-country public transport routes are an alternative. Hawaii ecotourism is the main reason for the fame of this city worldwide; it is a place people visit because of the ecology - the ocean, the beach, the mountains, and the region's overall beauty. Both locals and the visitors enjoy all that its ecosystem offer. Hawaii has a long history of environmental stewardship. The ancient Hawaiians not only knew about sustainability but also practised it in their daily lives. They had to! When the ancient Hawaiians occupied the islands, they did not have the luxury of "importing" goods from anywhere else.

All the Hawaiian Islands have diverse and delicate habitats that are fragile to outside factors. That is why Hawaii has the largest number of vulnerable and endangered endemic plant and animal populations anywhere in the world. An important value for native Hawaiians and Hawaii locals is Malama Aina's idea or care for the land. There are several ways in Hawaii ecotourism that tourists can learn about the native rituals used to operate the land — and help locals make Hawaii more prosperous for generations to come. There are several farm and agricultural tours, botanical gardens, and more that highlight the islands' unique surroundings for travellers interested in Hawaii ecotourism activities.

Although New York and Ecotourism sound odd together, it is possible to live ecotourism in New York by planning your trip carefully. It does not matter where you are. It is all about taking into consideration not only yourself but also your environment. You can embrace ethical tourism by using mass transit, staying at a hotel or B&B that makes an effort to be "green," shopping at a locally owned store, and eating at a diner, coffee shop mom-and-pop eatery to get ecotourism experience in New York. Alaska, in other words, "Great Land," is one of the role-model ecotourism destinations all around the world. Alaska is located on the edge of the Arctic on the northern tip of the American continent. Alaska is a dream ecotourism destination for nature and wildlife lovers and home to a wide range of preserved wildlife species, including the grizzly bear, moose, caribou, humpback and blue whales, sea otter, sea lion, and others – some of which are otherwise threatened or endangered elsewhere.