What is the difference between Netherlands short and long term visa? 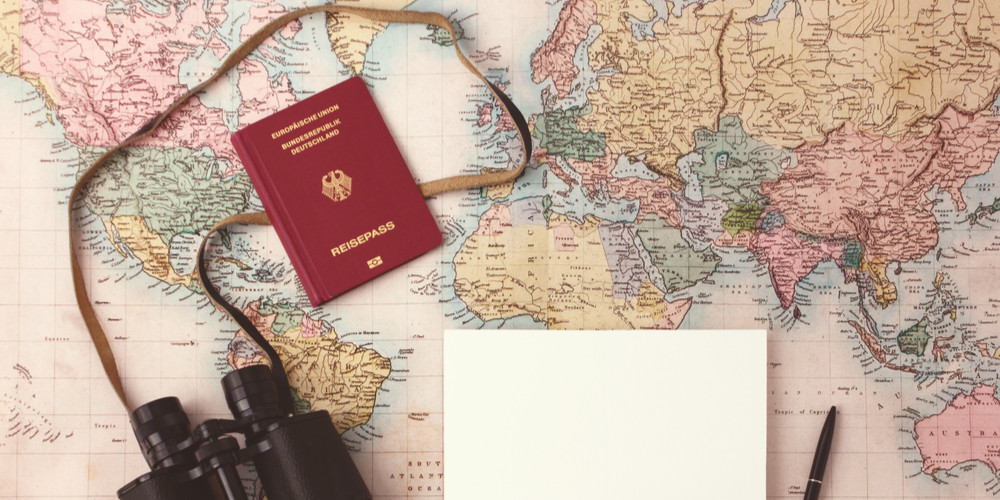 The Netherlands is a picturesque place, which is located in the northwestern part of Europe. The Netherlands includes not only the land between Germany and Belgium but also some areas that are far from the usual Dutch places. These are some of the Caribbean islands you can also visit by any of the visas we will discuss today.

The Netherlands is a modern European country with a rich cultural heritage, which survived the era of naval power. First of all, it has a peculiar architecture, which will impress every casual tourist who looks in these parts. Picturesque bridges, spread across the country, windmills, and charming homes, were as if they crawled out of a fairy tale.

The Netherlands is made up of 12 provinces, which in turn are divided into communities. Also, three particular communities are among the aforementioned Caribbean islands. These islands are also sometimes called the "Caribbean Netherlands".

Sometimes the Netherlands is mistakenly referred to as Holland. And even more, people try to find "Schengen visa to Holland" or simply "visa to Holland" on the Internet. But in fact, this action is highly erroneous since Holland is just two of the twelve provinces of the Netherlands. Moreover - since 2020, the Netherlands has wholly abandoned the reference to "Holland" not to puzzle its citizens or the occasional wanderer.

To do this, you only need to solve one question: what is the difference between a short-term visa and a long-term visa for Netherlands, and how to obtain them.

By world standards, short-term and long-term visas have a lot in common, and the difference is simple. The main difference is in the complexity of registration and, as it is easy to guess, in the duration of validity.

With a short-term visa, you can stay in the Netherlands for a short period, from 1 to 90 days. As for the long-term visa - the maximum period of stay in the country can be up to five years.

All of the above types of visas are an international standard that fits, if not all, then really most of the countries available in the world. But each country has its characteristics that complement and sometimes even negate this gradation.

How to apply visa to Netherlands?

As already mentioned, for each different purpose type of visa must be obtained. Due to many factors - and this applies not only to the length of stay. For example, for tourist purposes, most often choose a tourist visa. Still, if someone in the visiting country is willing to take a specific person and compensate for his stay in the country, then a visitor's visa is more suitable. It does not require a detailed description of the route and does not even need to confirm the income level. The main thing is that the host in the country fills out all the necessary paperwork and ensures his guest's stay.

Visa to the Netherlands and the visa of any country in the Schengen Agreement are rich in choice. Therefore, before you start choosing a particular visa, you need to decide on its type.

The first thing to decide on is the difficult choice between the "C-visa" and the "D-visa".

Short-term visa for Netherlands. Also known as the Schengen visa and the C-visa.

A short-term visa to the Netherlands is the most popular, as it meets the needs of most visitors to the country. C visas come in the following categories:

A long-stay visa for Netherlands implies a long period of stay in the Netherlands. It is essential to take this visa if you intend to immigrate. As with the C visa, the D visa has several subcategories, depending on the country's purpose.

- Student visa. For a visit to the Netherlands for study purposes, both short-term and long-term visas are acceptable. As you can easily guess, a long-term visa is suitable for long-term studies, such as college admission. The procedure is no different from the already mentioned short-term study, but, depending on the details of training and stay in the country, it will require some more documents - for example, a check on payment of the first academic year. It may also be necessary to obtain a residence permit, but this is usually taken care of by the educational institution.

- Visitor visa. If the purpose of your visit is to reunite with relatives, friends, or relatives for a short time or as long as possible, it will issue. To obtain it, you need an official invitation, which will play an essential role in the embassy. A peculiarity of visa is that all documents are prepared by tourists and those who host them.

- Family reunion. This visa does not differ much from the last option; there is only one key point: it is recommended to obtain it if the residents of the Netherlands, who are hosting, are close relatives of the tourist. In the case of family reunification is a much more thorough examination of the candidate for a visa than in an ordinary guest visit. Still, there is a right to obtain a residence permit.

- Work visa. The Netherlands is one of the most developed countries in the entire European Union. It is worth bearing this in mind before choosing a job in Europe. Many people wish to become immigrant workers in the Netherlands, and therefore obtaining a work visa is a long and challenging process, which in most cases leads to rejection. You can only count on getting it if you have a ready-made invitation from a Dutch employer or the owner of a business or self-employed person operating on the territory of the Netherlands. Also, you should have no debts, no problems with the law of your own country and European countries; also, you should have a professional license and confirmation of deals on a property purchase in the Netherlands. The Netherlands Embassy is sure that you will have a place to live in the territory of the country.

Netherlands long term visa allows you to stay in the country for an extended period, up to 5 years.

Visa of the Netherlands: registration

Generally speaking, the Netherlands painstakingly examines applicants for a visa, but in general, this country is favorable to tourists from all over the world. To obtain each type of visa to this European country is necessary to comply with many subtleties and nuances concerning all types of visas and each type of visa separately. A Dutch visa in any of its hypostasis will require the presentation of the following documents to the Netherlands visa center:

Accordingly, for each type of visa, you will also need other documents, and even in two cases of obtaining the same visa, the package of documents may be different. It all depends on the specific purpose of visiting the Netherlands.

Documents justifying the purpose of the trip are the final step in obtaining a visa to the Netherlands.

Topics
Apply for any visa in two clicks!
Visa
Do you want to get a Netherlands visa easily?
Get your visa now 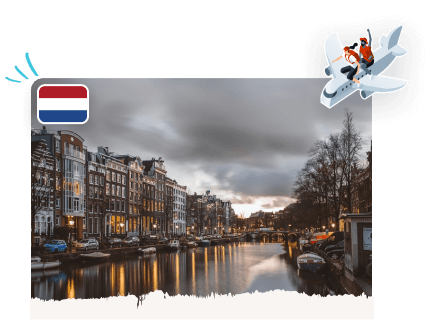