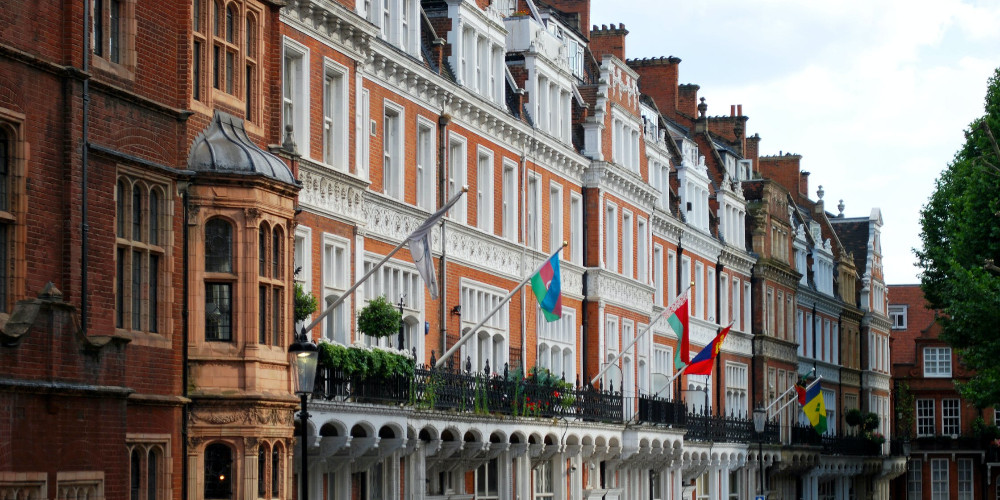 The first embassy in history

What was the first embassy in history? or when was the first embassy established? Often, travel enthusiasts and people living in another country have had to visit embassies at least once in their lives. We are sure that this is more than once for many people. However, what is the concept of an embassy, what does it serve, what are the rules here? First of all, let's get a general idea of what embassies are because we will go to the dusty pages of history to find out about the first known embassy.

As we all know, all countries have embassies. The embassy is the main office for the diplomatic representatives of one country in another. Although not necessary, it is mainly located in the capital of that country. The main responsibilities of embassies are to offer all services, including consular services. The head of an embassy is called an ambassador or high commissioner. What was the first embassy in history? In what country and by what country was it created? Who was the first ambassador? Historical facts are always both interesting and exciting. Because when we think that ordinary things, which seem to be a part of our lives, did not exist in a particular time, we have a special interest in knowing when, how, why, and by whom they were first created.

Going back to the most ancient times, we see that one of the oldest known diplomatic correspondences is the Amarna Letters. It was letters written between Egypt's pharaohs and the Ancient Near East in the 14th century BC. In 1274 BC, after the Battle of Kadesh, one of the first famous international peace treaties was signed. This agreement remained in the pieces of stone plaque and was able to preserve itself. This agreement is one of the most important proofs of how relations between the countries have developed over time.

In general, the ancient Greek city-states sent representatives to each other's countries to negotiate on specific issues, such as war, peace, or trade relations. However, there were no regular diplomatic representatives in each other's territories - ambassadors or embassies as we know them by their current names.

As time went on, concepts such as ambassador (head of an embassy), and embassy became more and more needed. For example, relations with the Ottoman Empire were especially important for Italy. The interaction between the various merchants, diplomats, and clergymen who negotiated between Italy and the Ottoman Empire helped open up and create new forms of government and Diplomacy in Ottoman Empire. As a result, negotiating diplomat has become a person representing an autonomous state in all political affairs areas. Due to the Ottoman Empire's strong politics, all other sovereigns' need for a diplomatic settlement was felt. So we can say that that, in the early modern period, the diplomatic environment was built on a foundation appropriate to the Ottoman culture.

Of course, these relations continued to develop in different ways in each country, and each country began to strengthen and develop the foundation of its political relations. However, in 1206–1294, the Mongol people began to issue a document similar to today's diplomatic passport during the Mongol Empire. These documents were called "paiza." Paizas were given in three different types (gold, silver, and copper), depending on the envoy's importance. With paiza, the envoy had the authority to ask for food, transport, and land from any city, village, or tribe within the empire without difficulty.

The origins of modern diplomacy can be traced back to the Renaissance period. The first embassy was founded in Northern Italy in the thirteenth century. Milan took the lead, particularly under Francesco Sforza, who established permanent embassies in the other Northern Italian city-states. From the 14th century onwards, Tuscany and Venice were also flourishing diplomatic centres. Many modern diplomacy traditions, such as presenting an ambassador's credentials to the head of state, originated in the Italian Peninsula.

This practice, which began in Italy, first spread to Europe. Milan became the first city to send a representative to the French court in 1455. However, Milan refused to accept the French delegation because of the fear of espionage and the thought of interfering in its internal affairs. Foreign powers such as France and Spain became increasingly involved in Italian politics. After that, the need to accept emissaries was accepted. Soon, the great powers of Europe began to exchange representatives. Spain became the first country to send a permanent representative. In 1487, Spain appointed an ambassador to the Court of St. James (England). By the end of the 16th century, permanent representations had become the norm. The Holy Roman Emperor, on the other hand, did not send permanent legates regularly because they could not represent the interests of all German princes. All of them were subject to the Emperor in theory, but in practice, each acted independently.

Between 1500 and 1700, modern diplomacy rules were further developed and gradually approached the way we know them today. The highest rank of diplomats was called the ambassador. At that time, an ambassador was almost always a nobleman. The rank of the nobility varied according to the prestige of the country in which he was appointed. Standards began to emerge, such as ample accommodation for ambassadors, frequent visits, and the important role that the host country's people played in the judicial life. Even minor positions in the embassies can be high paid. Therefore, small countries prefer send and receive person who were one step below ambassadors. The ambassadors of each state were ranked with very controversial and complicated codes of preference. Countries are usually ranked by sovereign title; For the Catholic peoples, the emissary from the Vatican, then from the kingdoms, then from the principalities, is superior. Representatives of the republics is  considered the lowest-ranked ambassadors. Of course, it often angered the leaders of German, Scandinavian and Italian republics.

At the same time, in almost all European countries, permanent foreign ministries were established to coordinate and manage embassies and their staff. Of course, these ministries were still far from their current modern forms. Many had external and internal responsibilities. Until 1782, England had two administrations with often overlapping powers. These early foreign ministries were also very small. In the 1780s, France boasted the largest foreign ministry office, and it had only 70 full-time employees. That's a small number compared to today's ministries.

Elements of modern diplomacy gradually spread to Eastern Europe and came to Russia in the early 18th century. The whole system was disrupted for many years due to the French Revolution and the subsequent wars. However, in 1815, after Napoleon's fall, the Congress of Vienna established an international system of diplomatic degrees. Before World War I in 1914, the Congress of Vienna settlement formed  European International Policy.

As you can see, the embassies that we now encounter in all countries have not existed same as now since ancient times. These political and diplomatic relations, which began with a simple letter, have developed over the centuries and have taken their rightful place in our time. Maybe it was a topic you never thought about. What a long history it was! Now we have a better understanding of embassies' importance in ensuring and establishing political relations between countries.

The 10 Most Architecturally Extraordinary Consulates What do the first embassy and Mona Lisa have in common? 5 countries to visit for history lovers