Foods to try in Puerto Rico 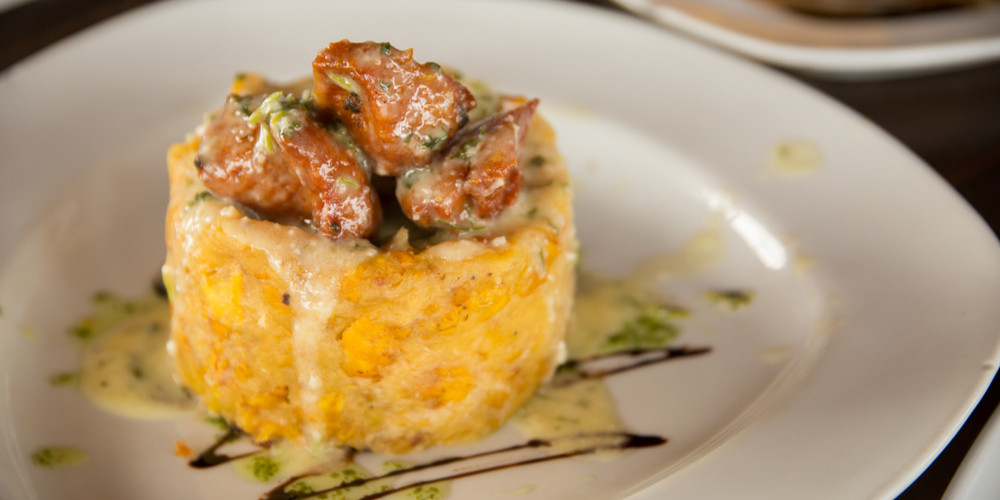 Puerto Rico is a stunning destination with the world's best beaches and the most vibrant culture that attracts tourists from the whole world. This colour and energy translates also into their food, which, by the way, is finger-licking delicious. Nonetheless, most people who have not come across their cuisine would have no idea what are the main gastronomic influences and flavours that rule the plates of this heavenly island and, even less likely - what are the best foods to try in Puerto Rico. It is why I want to tell you a story that will include information about the most flavorsome and typical foods and desserts to try in Puerto Rico. However, even more so - you will get a short insight into the ways their cuisine has become what it is nowadays. And other bits of yummy inspiration that you might even use in cooking up something delicious at your own home. So let's start from the basics and get to know the most common ingredients and historical events that give an impression about a typical Puerto Rican meal. By the way, if you would like to get information about Puerto Rico visa procedures, you can click on the “Services” section of our website.

The base of this island's culinary influences comes from Taino Arawak, Spanish and African. It is often described as slightly similar to Spanish and other Latin American cuisines, but nonetheless features some particular and very local flavors and ingredients that make it especially distinctive. An interesting fact is that Puerto Ricans have become aware of their cuisine and established it relatively early, opening the first restaurant La Mallorquina in 1848, and publishing the first cookbook El Cocinero Puerto-Riqueno o Formulario a year later. And to find the most typical dishes, one would usually search for the keywords cocina criolla, as it is the way locals call their culinary heritage.

What are the most common ingredients in foods to try in Puerto Rico?

Taking into consideration all the influences and the natural flora in this country, the composition of a traditional plate is no surprise. One would usually find chicken or fish/seafood as the protein and loads of various vegetables or fruit (guavas, mangoes, bananas, coconuts, and guanabanas, avocados, pumpkin, chayote, okra, pigeon peas, and various greens). The plate's starchy part is usually a side made of yams, plantains, cassava, taro root, rice, or sweet potatoes. But to get a better impression of the combinations of these yummy ingredients, let's cut to the chase finally.

Here goes a list of my favorite 10 foods to try in Puerto Rico!

Oftentimes referred to as Arroz Mamposteao, this dish is an incredibly delicious version of rice and beans. But don't call it just that, as this name will be underselling this hearty yumminess. It is a dish that originated as a "leftover dish", but nowadays is most often made with green peppers, olive oil, cilantro, beans, tomato sauce, and onions. The key to making it delicious lies in the technique. Unlike other rice and bean dishes, in mamposteao all ingredients are mixed, stewed together, which allows the flavors to layer on top of each other, and rice to soak up all the deliciousness.

Among other foods and desserts to try in Puerto Rico, this must be my favorite. The closeness of the sea ensures the best quality of seafood which is why anything with treats from the ocean will be an amazing choice to get an impression of Puerto Rican culinary tradition. In this fresh salad, a chewy, delicious octopus is tossed in tart vinegar alongside some herbs, olives, onions. And on the plate, it is served together with a side of crispy fried plantains. Altogether, that makes up the perfect beach dish! And just so you know, it is among one of the most popular dishes on the island so you will be able to find it in almost any restaurant.

A bite-size perfection! That is all I can tell about bacalaitos, but with all seriousness, these are like small pancakes or cakes made of boiled and shredded codfish, batter, flour, and Adobo. They can be bought in stands all over the island and are amazing as a snack if you like eating fish. And if you happen to have salt-dried cod at home, this is probably one of the dishes on this list that you could easily recreate at home. Just look up some recipes online and try the flavor of Puerto Rico in no time!

Who doesn't like meat-stuffed cakes, am I right? It is a very special local version in Puerto Rico and is deep in the hearts of locals. Besides a typical stuffing made of corn beef, pork, seafood, cheese, or blood sausage, the exterior is made of green plantains or yucca. The key difference is annatto - a particular spice that originates in tropical regions of Mexico and Brazil but has become a staple in Puerto Rican cuisine. It gives Alcapurrias a distinctive flavor and vibrant yellow color. Other things that season this delicious snack are lard, olive oil, garlic, and salt. And, similarly to Bacalaitos, it can be found both in kiosks and restaurants as well.

It is one of the most important staples of Puerto Rican cuisine. It is the star of some of the most popular dishes, but besides that, it is a beloved and very common ingredient on the plates of the local people. What are gandules you will ask? The name pigeon peas also know them! So, Arroz con gandules, or rice with pigeon peas served together with roasted pork, is commonly available everywhere you go in Puerto Rico. If you are up for a less widely known combination, try stewed pigeon peas (gandules guisados) with green plantain dumplings!

Yet another deep-fried heaven for your tastebuds. Grated green plantains are shaped into small bowls or patties and then fried in oil. Most commonly these tiny bowls are filled with meat. However, due to the somewhat spiky shape from pieces of plantain, aranitas have gotten their name from...spiders! In English, the name means "the little spiders". I hope that this doesn't sway you away from trying them because they are not missed!

This is a dish most commonly found in Puerto Rico during holidays. Masa (a paste) of root vegetables and green bananas is filled with stewed meat and wrapped in a banana leaf. After it is cooked, one would eat it with a special hot sauce. You should try this dish if you want to learn more about the essence of a Puerto Rican celebration table!

It is one of the absolute favorite and most popular foods to try in Puerto Rico and stands out with its versatility. Mofongo's main ingredient is fried plantain that is picked green, fried, and then mashed with spices and olive oil to form a delicious paste. It is then served in the shape of a bowl (usually) in many combinations as a side dish or the main. The most common version is vegan or fried pork meat. If you like blending the culinary worlds, you might try Jagerschnitzel type with a creamy and delicious German-style pork - mushroom sauce.

Okay, let's get onto the sweetest part. With that, I mean desserts. Arroz con dulce is a version of rice pudding that is especially popular in Puerto Rico. The technique involves various stages of soaking and boiling rice in coconut cream or milk and adding raisins and cinnamon in the mix. Preparing it takes a while, but it is so worth it! Enjoyed refrigerated, this is among the most common comfort foods made for holidays (like Christmas).

One more delicious treat for dessert lovers is Tembleque. If you like creamy and coconutty, then Tembleque is exactly one of the best foods to try in Puerto Rico! You will easily find it in most bakeries, topped with cinnamon and coconut flakes. The easiest way to describe it without trying it is by naming it a Puerto Rican cousin of panna cotta. A slightly jiggly pudding served in various shapes always makes coconut lovers happy.

That's it, let's finish this mouthwatering rambling up. I hope that now you have at least some impression of what are the best foods to try in Puerto Rico, and what's unique about their cuisine. Through telling about my favorite 10 foods to try in Puerto Rico I tried to convey a deeper story on their heritage, history, and flavors in general. And even if you have no chance of visiting this beautiful island country in the upcoming months, I hope that some of the things you read have inspired you to try something new by looking up a new local restaurant or experimenting with a particular recipe. After all, my end goal always is to make sure that a fair amount of appetite-inducing information feeds the inspiration and curiosity.

Topics
Apply for any visa in two clicks!
Food, Hotel, Restaurant
Do you want to get a Puerto Rico visa easily?
Get your visa now 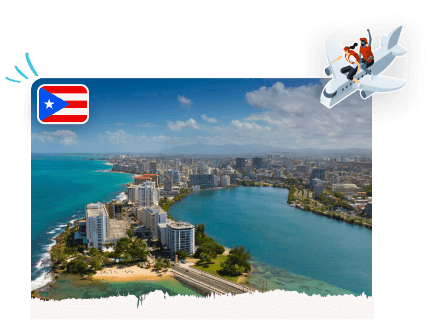