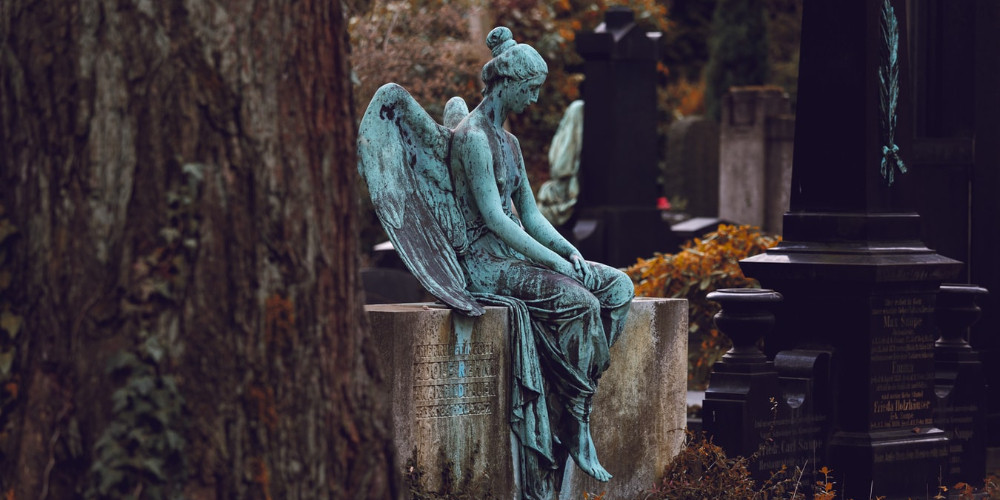 Desire to conquer new lands, hunger to be rich, is obliged human beings to fight with each other since the beginning of time. Many people died just because of the endless desires of leaders. Historians think that the number of people who died during wars is between 150 million and 1 billion. One of the darkest moments in human history is World War 2, in which more than 85 million people died. Nowadays, we can see a lot of graveyards all over the world, and today we will give information about the enormous cemeteries in Europe. Through this blog, you will learn how many American cemeteries in Europe, which are great monumental cemeteries in Europe, and more.

The first example of American cemeteries in Europe is the American cemetery, Colleville-sur-Mer. Another name of this cemetery is The Normandy American Cemetery. On June 8, 1944, American soldiers built this crypt in honor of soldiers who gave their lives. It covers 69,80 hectares area, and there are 9285 graves. Also, here you can find the Walls of the Missing, in which you can see 1557 names. Every year more than 1 million people visit this cemetery, and this is one of the most visited World War 2 cemeteries in Europe. It is interesting to note that this place shooted in the movie Saving Private Ryan (made in 1998) by Steven Spielberg. Besides, there is a museum where you can discover new facts about the war. Today, because of COVID-19, everybody should wear a mask to enter.

Vienna Central Cemetery is the second-largest graveyard in Europe. Vienna has more than 50 cemeteries, but this one is one of the most well-known and the biggest catacomb in the city. The cemetery was established in 1863. The total area is 2,4 square km, and there are over 330,000 graves in Vienna Central Cemetery. Many famous actors, scientists, composers, painters, singers rest here, for instance, Ludwig van Beethoven, Ludwig Boltzmann, Adolf von Brudermann, Clemens von Pirquet, Karl Eugen Neumann, Alexander von Zemlinsky, and more. As we mentioned, this place is so well-known in Vienna, and it attracts a lot of visitors every year, that is why there is a special bus to come to the graveyard. The current charge for the bus is 2,80 EURO. Besides, except November 1, you can enter in your private car, but on November 1, this place is so crowded that is why the government made such a decision.

Pere Lachaise Cemetery is in the capital of France, Paris. Pere Lachaise Cemetery is the largest cemetery in Paris (by 44 hectares) and one of the great monumental cemeteries in Europe. 3,5 million travelers visit this area annually, and there are 75 393 graves here. Also, this is the site of three World War I memorials. You will see many crucial monuments here, such as memorials for alien warriors who died for France during World War I, monuments for foreign militants who died for France during World War II, memorials in the remembrance of victims of collection and extermination camps, memorials in honor to victims of catastrophic airborne accidents, monuments in respect to victims of June 1848, and more.

Moreover, it is easy to find the location. The graveyard is on the Boulevard de Menilmontant, and you can effortlessly go there with Paris metro. The station Philippe Auguste on Line 2 is near the main entry, while the station Pere Lachaise is 500 meters away near a side entrance.

Highgate Cemetery is in north London. This place was built in 1839. More than 170,000 people rest in 53,000 graves, and the total area is 15 hectares. There are two parts of the graveyard: West Cemetery and East Cemetery. This place is notable because of many famous and valuable people whose grave is here and for being a nature reserve. The magnificence of nature and those people in graves make this Highgate Cemetery unique. Some of the most famous people who were buried here are George Eliot, Karl Marx, George Michael, Bruce Reynolds, Sir William Charles Ross, William Kingdon Clifford, etc. Besides, the location of the crypt is effortless to find. As we said, there are two parts, and one of them is in Swains Lane just north of Oakshott Avenue, and another one is in Chester Road.

Sudfriedhof is the largest cemetery in Leipzig, with 82 hectares. Also, Sudfriedhof is one of the three largest park-like cemeteries in Germany. The other two graveyards are Ohlsdorf Cemetery in Hamburg and the Sudwestkirchhof Stahnsdorf in Berlin. Furthermore, the area has rich flora and fauna. There are many tree types such as Sweetgum, Mahonia, Metasequoia, Kentucky coffeetree, Ginkgo, Tilia, etc. Besides, you can find more than 9000 Rhododendrons that are up to four meters long. Many notable and respectful people rest here, such as Albrecht Alt, Fritz Baedeker, Julius Bluthner, Christian Furchtegott Gellert, Marinus van der Lubbe, and more. Nowadays, the number of people buried in Sudfriedhof Leipzig is roughly 560,000 residents.

One of the great monumental cemeteries in Europe is the Old Jewish Cemetery in the Czech Republic. As you know, Jewish people faced many troubles throughout history, and we can find a lot of burial areas in belongs to this nation, and the Old Jewish Cemetery is one of the most popular ones. There are more than 12,000 gravestones in this cemetery, but people say that the number of people who were buried here is nearly 100,000. Jewish Museum is administrating the area, and they organize a tour of the museum and entry to various synagogues. This graveyard is the most ancient surviving Jewish cemetery, and that is why every year, thousands of people visit this place.

Another place that has cultural and historical importance of French people, and especially for local citizens, is Montparnasse Cemetery. The second-largest cemetery in Paris is Montparnasse Cemetery. The total area is 19 hectares, and there are more than 35000 plots in this graveyard. There are graves of plenty of political figures, philosophers, artists, actors, and writers. Some of them are Charles Baudelaire, Marguerite Duras, Jean-Paul Sartre, and Simone de Beauvoir. Also, you can find tombs of soldiers and residents who died in the Franco-Prussian war (Siege of Paris and Paris Commune).

The north of Boulevard Edgar Quinet is the main entrance of the cemetery. Besides, the area divides into two parts: a small cemetery (petit cimetiere), and a large section is a big cemetery (grand cimetiere).

Brookwood Cemetery is the largest cemetery in the United Kingdom and one of the largest ones in the whole of Europe. The total area of this graveyard is 202 hectares, and more than 235,000 people were buried here. Some of the notable people who rest here are Edward the Martyr, Admiral Sir Edward Codrington, Sir Henry Goldfinch, Dr. Robert Knox, Alfred William Hunt, Alexander William Williamson, and more. Furthermore, the crypt has listed a Grade I site in the Register of Historic Parks and Gardens. You can visit the cemetery between 08:00 and 17:00, but remember that after 16:45, access is not possible. You can reach the place by your car or by the South Western Railway. The journey to Brookwood Station lasts nearly 40 minutes, and there is an exit at the station leading straight into the Cemetery areas.