Best hotels in Berlin to stay 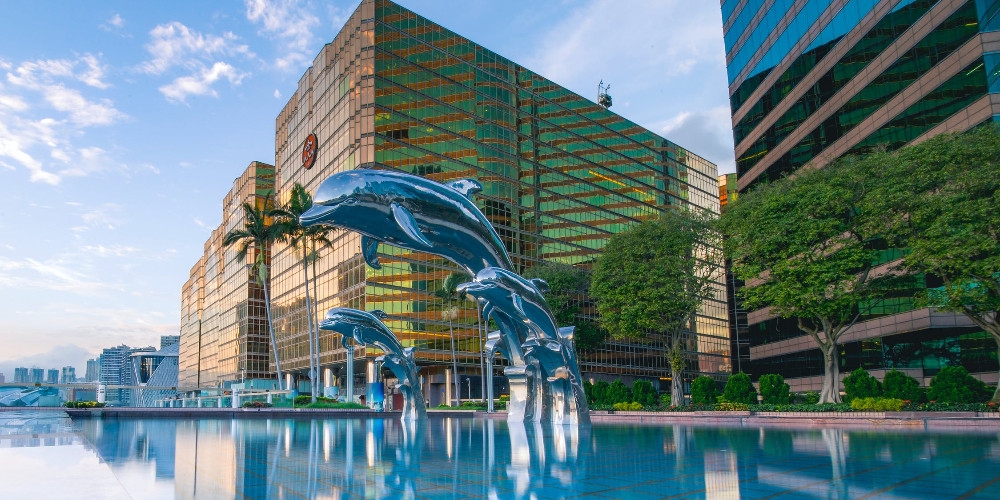 When we think of where to stay in Berlin, the first place that comes to mind is Kempinski. The guest list of the hotel from shortly after the opening includes the prominent person of that time. J.D. Rockefeller and F. D. Roosevelt stayed in the hotel during their travel to Germany. Also, it was preferred by German Emperor Wilhelm II. After the fall of the Berlin Wall in 1991, the hotel was able to obtain approval for the reconstruction and renovation of its old building. In 1997 the hotel was reopened in its old glory and started to offer modern luxury in a class of its own in the traditional place with a view of the famous Brandenburg Gate. The facilities at the hotel include the Adlon Spa and the gourmet restaurant Lorenz Adlon, another restaurant by star chef Tim Raue. Even today, the stars and celebrities stay in the Adlon during their visit to Berlin, and certainly, it causes small scandals. Such as the scene in which M. Jackson held his baby over the balcony railing to show it to fans has become legendary.

If you like to stay in the city centre and stay in luxury, do not think about what are the best hotels in Berlin, just book a room at the Hotel de Rome. It was the former counter hall, but now it is a luxurious ballroom with a ceiling height of 8-10 meters, where elegant events of Berlin take place. The former vault now is suites of the exclusive wellness area. Hotel de Rome is probably the best place to stay in Berlin with its luxury and beauty. You can still see the historic locking systems of the building, which makes it the safest in the city.

Additionally, the hotel's personnel is considered the most friendly in Berlin. Another highlight is the capacious roof terrace, which offers a fantastic view of the historic centre of the city. Sights such as the Museum Island, Unter den Linden boulevard, and the Gendarmenmarkt are within small walking distance from the hotel.

The InterContinental was one of the first five-star hotels in Berlin and, with its 558 rooms and suites, is still the place for high-quality events on a larger scale. With the construction of a new pavilion, the hotel expanded its event space to 5,700 square meters and, with the "Potsdam" ballroom, offers the largest conference room in Berlin's luxury accommodation sector. After a successful meeting or congress day, the guests can completely relax in the Spa Vitality Club with 1,000 square meters of the wellness area. The hotel can also be popular with the number of celebrities visited. The 200 square meters presidential suite was first introduced to former US President Clinton during his travel to Germany.

The Grand Hyatt is one of the best hotels in Berlin Germany, which is an elegant five-star luxury hotel on Potsdam Square. It has the Vox restaurant with a show kitchen and sushi bar, the Tizian restaurant with Italian cuisine, and the Vox bar with a selection of more than 150 types of whiskey. The Zoopark, the Reichstag building, and the Philharmonia are within walking distance. The contemporary architecture five-star luxury hotel was designed by architect Jose Rafael Moneo. The residence has a remarkable collection of contemporary pieces of art, which is kept in modern interior design and sets technical accents in every room with about 55 inch flat screens. A highlight of the leisure hotel is the spacious wellness area of Club Olympus. Located on the top floor of the building, the club offers a sensational and amazing view of the city. Another special feature is the spacious roof terrace with over 250 square meters of lawn. Conveniences that Kate Winslet, Diane Kruger, Leonardo Di Caprio, and Nicolas Cage are said to have appreciated while they travel to Berlin.

Still looking for places to stay in Berlin? The design style of the Mandala Hotel is rather underestimated among the elegant hotels in Berlin, but its light and aesthetically beauty are at a high level. Guests can feel at home in elegant lifestyle suites, be pleased in the Facil restaurant at a star level, enjoy the club atmosphere in the exclusive Qui-Bar and find an oasis of wellbeing on 600 square meters in the ONO Spa, which seems to have its origins in a futuristic film. The Mandala is located directly on Potsdamer Platz and so in the immediate neighbourhood of the Brandenburg Gate and the Berlin Philharmonic.

What are the best hotels in Berlin with modern architecture? Of course, firstly, Ritz-Carlton appears in mind. As part of the Beisheim Center, the hotel reminds the great era of Art Deco skyscrapers in the USA in the 1920s. However, the interior design is both traditional and classic and meets the expectations of a top-class grand hotel. The hotel has 303 well-appointed guest rooms, including 40 suites and a luxury apartment. For very demanding guests, there is the club, which operates as a "hotel in a hotel" and offers a private atmosphere and personal service. The five-star hotel has an exclusive wellness area and offers conference facilities at the highest level. During the Berlin International Film Festival, jury celebrities often stay here.

The luxury hotel is located in a historic villa, the Palais Pannwitz. In the mid-nineties, this palace was redesigned as a castle hotel. Karl Lagerfeld was responsible for the design of the castle hotel. The interior design is excellent as outdoor. If you like historical places to accommodate, this hotel is the best place to stay in Berlin for you. The hotel gained national recognition in 2006 when the players of the German national football team and their supervisors were accommodated in the Schlosshotel im Grunewald. Despite the idyllic, secluded location, the hotel is centrally located. By car, you can be in the centre of the city in a few minutes.

This hotel is among the best places to stay in Berlin. The Hotel Regent Berlin is located on the Gendarmenmarkt Square with an obvious view of the classicist ensemble of the concert hall and German and French cathedrals. The Museum Island, the Unter den Linden boulevard, and Friedrichstrasse are within walking distance. The 156 rooms and 39 suites of the hotel are classically and elegantly furnished with valuable antiques and many kind details and at the same time with the latest technology. The elegant presidential suite fascinates with a breathtaking view of the Gendarmenmarkt. With modern conference and meeting rooms as well as the dining restaurant with nice ambience Charlotte & Fritz, Regent Berlin offers the right stylish ambience for individual tourists as well as business travellers. All makes it to the list of the best hotels in Berlin Germany.

If you like to stay at a skyscraper, then do not think about where to stay in Berlin; visit Waldorf Astoria. With 232 rooms and suites, the luxury residence is located in the Berlin Zoofenster - the new spectacular skyscraper in the west part of the city. The building was designed and renewed by renowned German architect Professor Christoph Mackler. On the 32nd floor, the magnificent presidential suite is handmade with stone and glass and offers a magnificent view over Berlin. The French agency developed the interior design of the hotel. A luxury spa is the only Guerlain brand in Germany. Of course, a gourmet restaurant and lounges should not be missing from a hotel in this class. With these luxuries, a hotel is a lovely place for celebrities who travel to Berlin.

The luxury hotel on Kurfurstendamm was the first of five-star hotels in Berlin. The Hotel Bristol Berlin is therefore considered the "grande dame" of the Berlin hotel industry, and the standards were set based upon it. It was opened in 1952 as the first luxury hotel in the west of the divided city. It quickly became the focus of social life: John F. Kenndy, Ronald Reagan, Herbert von Karajan, Hilde Knef, and Curd Jurgens stayed here, and Erich Kaster had mentioned the hotel in his famous Children's book "The Little Man". The stylish and elegant hotel, centrally located on Kurfurstendamm, is always kept up to date with the hotel industry and still meets the highest standards today, for example, with its luxurious wellness oasis Bristol Spa. The restaurant of the hotel is very amazing, and the Bristol Bar is one of the most beautiful hotel bars in the city and should be visited by everyone who wants to travel to Berlin.