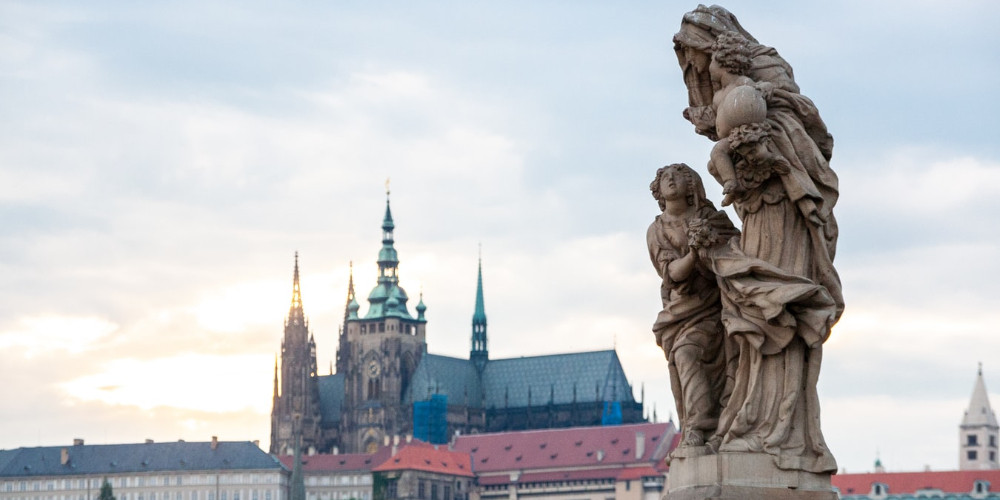 Statue of St. John of Nepomuk

Of course, Prague is among the most popular cities globally, being in the first place on many people's travel lists. The city's beauty is the main reason why each year millions of tourists travel to Czech Republic. Where is Prague? It might not seem obvious for you to ask where is Prague, because probably you have already heard about this city before. However, in case some people might ask where is Prague, let`s tell that it`s the Czech Republic's capital and one of the most beautiful cities in Europe. The city is located on the Vltava River banks, which is the tributary of the Elbe River. The city is famous as the mother of cities or hundred-towered Prague. These nicknames can be a key to understand why the city is so famous and called an Instagrammable place. You will have a fun time in Prague during your travel to Czech Republic, due to the great historical sites, palaces, squares, and sculptures in Prague.

There are many reasons why you should travel to Prague. First of all, there are so many countless activities to do and places to visit in the city that you will not even ask about what to do in Prague, and you will remember your time in Prague as the best moments ever. In case you do not know the city well and need advice on what to do in Prague, here are some of my tips about what to do in Prague: visiting beautiful historical buildings, for example, Prague Castle and Old Town Square; crossing Charles Bridge and the Astronomical Clock are must; walking in Golden Lane; trying Czech cuisine, such as Pork Knuckle; taking a photo in front of the Lennon Wall; drinking a beer; and more. You should not also miss visiting the most remarkable sculptures in Prague and learning about them because if you love history and art, even one Prague sculpture will be enough for you to admire. You will see a lot of great masterpieces of statues and sculptures during your travel to Prague.

Here is my list of the most significant and most beautiful sculptures in Prague:

The most massive Prague sculpture, the greatest one made of bronze globally, is the Statue of the Hussite military leader Jan Zizka. It is located on Vitkov Hill, where the Hussites, led by Jan Zizka, defeated the troops of the First Crusade on 14 July 1420. The statue is 9 m high, 9.6 m long, and 5 m wide. Its weight is 16.5 tons. The Statue was made according to the design of Bohumil Kafka. The Theseus from Interpreter State Stud Farm became a model horse. The rider's figure combines several types of men, including wrestler, architect, and officer, which Bohumil Kafka used as a model for his statue. He also collaborated with many historians who helped compile Zizka's armaments. The opening of the monument was on July 14, 1950, on the anniversary of the Battle of Vitkov, in which the Hussites, led by Jan Zizka, defeated the crusader army in these places. The sculptor did not live to see the unveiling of the monument, as it took place eight years after his death. You should never miss the opportunity to visit this statue when you travel to Czech Republic.

The Infant Jesus of Prague is a wax statue representing the little Jesus Christ. This is a very rare exhibit that was made in Spain and donated to Prague. For many, the statuette is a symbol of faith and hope. The statuette has long been dressed in beautiful dresses. Its collection has more than 100 clothes that you can see. You can have a good time in Prague by merely visiting this wonderful statue.

The magnificent monument to Franz Kafka is on the borders of the former Jewish corner, between the Spanish Synagogue and the Gothic Catholic Church of St. Ducha. The author of the statue is Jaroslav Rona, but in the realization, he collaborated with David Vavra. The bronze sculpture by sculptor Jaroslav Rona commemorates one of the world's greatest writers born in Prague. The place where the statue stands is very symbolic itself because, in addition to the fact that Kafka lived in Dusni Street No. 27 (the border between the Prague districts of the Old Town), the statue finds itself in the spiritual zone of three religions: between the synagogue, the Catholic and Protestant churches. Kafka spent practically all his entire short life in this thoughtful and romantic part of old Prague. The Franz Kafka Society had initiated the construction of the statue of Franz Kafka. The statue is 3.75 m high and weighs 700 kg. The sculptural combination consists of two bodies: the lower massive figure represents by an empty men's suit (jacket and trousers), which carries the figure of Franz Kafka himself on his shoulders. The design of the monument is inspired by Kafka's short story "Description of a Match." The sculpture thus expresses the spiritual bifurcation that the writer reveals to himself in his texts. In the text of the amendment, it happens that one character jumps on the shoulders of his previously dominant companion at a certain moment.

Jan Hus’s sculpture in Old Town Square Prague is one of the most important Art Nouveau symbolist works of Czech monumental sculpture since 1915. The author of the sculpture is Ladislav Saloun. The work was unveiled on the occasion of the 500th anniversary of Hus's burning. The monument has a massive granite pedestal, dominated by Jan Hus, who stands on the burning border. Behind the martyr's figure on the right, there are six figures of Hussite warriors. In 2015, the statue underwent a major reconstruction. A memorial box for future generations is now inside the monument.

The statue hangs high above the ground and is the best sculpture in Old Town Square Prague. The author of this masterpieces is well-known controversial artist David Cerny. The special sculpture represents a high expectation of the possibilities of decision-making. Each of us can control our destiny, just like Sigmund's "hanging" here. The two-meter-long statue from 1997 allegedly represents Sigmund Freud, hanging at the height of 2.2 m with one hand from the roof in Husova Street in Prague's centre. The statue can be easily seen by a pensive pedestrian - it is necessary to raise your head properly and look at the house's roof. The statue was lent abroad several times, where it caused considerable commotion. The biggest "crack" was in Michigan, where someone mistook it for someone's suicide and called emergency staff. Firefighters and police officers came to the statue at that time and saw it was a statue.

The Neo-Gothic bronze monument of Emperor Charles IV is a magnificent Prague sculpture to visit. The monument has been there since 1848, when it was released on the 500th ceremony of the Charles University establishment. Dresdener sculptor A. Hahnellt created the statue of the iron from Saxony. Simultaneously, because of this sculpture in Old Town Square Prague, the area was widened. The monument's central statue has the shape of a monarch with a crown in a glorious robe, who holds the charter on the establishment of the university, named after him, on his right hand.

Statue of St. John of Nepomuk

The Statue of Jan Nepomucky on Charles Bridge is the most important local statue ever, which has become one of the main sightseeing of Prague. The statue is still popular among people to this day. Tourists reach the statue for good luck when they travel to Prague. It shines next to the right breast of Juliet's Statue at the Casa di Guilietta in Verona, Italy, the heads of eighty-two turtles at the Temple of Literature in Vietnam or the finger of the little man Mandl in Klagenfurt, Austria. The clay design of the sculpture was created by the Viennese sculptor M. Rauchmuller, the author of the wooden model - Jan Brokof allegedly turned from the Protestant to the Catholic faith during this work (this model is today on the altar in St. John's Church in Skalka, Prague). The saint's work depicts him as a man with a beard and with the symbols - five stars encompassing the head. They symbolically are above the surface, so when he was thrown into the holy water, and also represent five letters of the word tacet (in Latin means silent). Besides Virgin Mary, St. John is the only member of the Christian pantheon that, due to church guidelines, can have stars above his head. There is a cross, a rochet, and a palm branch as a sign of martyrdom. According to which other monuments of him were created in the Czech Republic and overseas, the statue was an iconographic pattern. To have a piece of good luck, you should touch the statue.