10 things I wish I knew before going to Czech Republic 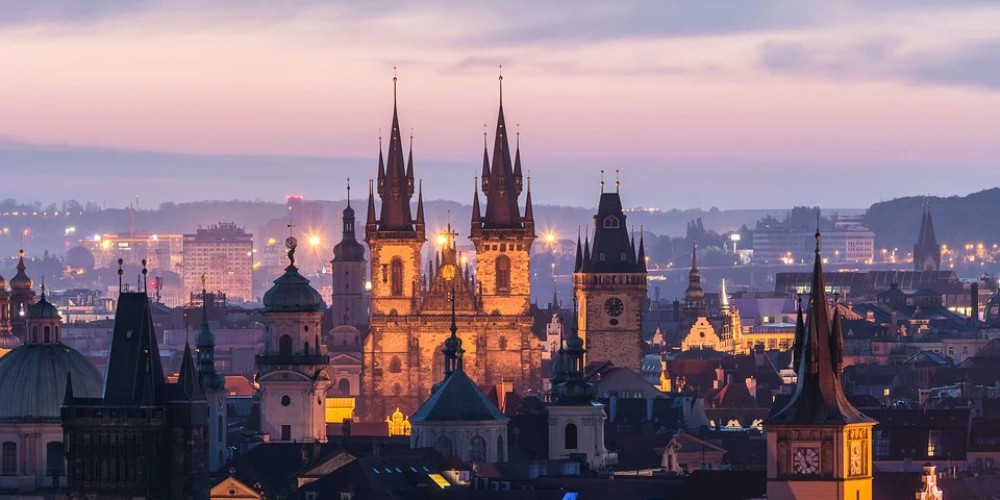 Being one of the countries not necessarily rushing towards building as many modern buildings, travel to Czech Republic might as well feel like time travel. Well, preserved architecture from previous centuries is one of the reasons some might call the capital Prague a "medieval metropolis" and surely you will feel it too if you decide to spend some time in Czech Republic. This country, conveniently located in Central Europe, is a very modern nation. Surprisingly, also one of the most popular destinations in the region. It offers plenty of fun, history, and natural treats for any visitor to come. Still don't know much about the Czech Republic? No worries, after this article, you will! But in the first place, don't forget to check our "Services" page to know more about visa types of Czech Republic before planning your trip.

What is the capital of Czech Republic?

Prague! It is located in the heart of Europe, equals Paris in size, and is one of the places with the best beer in the world. Hold tight to find out more about this beautiful capital!

Is it safe to travel to Czech Republic?

Yes, it is! You still might encounter petty theft and street crime, but take basic precaution measures, and you will be safe. As a tourist, just be aware of pickpockets in crowded places (like Charles Bridge in Prague) and central metro stations. Keep your tickets in a safe place until someone authorized asks you to show them. I hope it goes without saying that your wallet and mobile phone should stay away from the public eye too.

The easiest way to describe it … is by saying that the weather is unpredictable! Lately, with all the global climate change, the weather conditions are changing, and even the locals are not sure what is about to be expected. What I can tell - technically, the country has four seasons, and winters are colder, but summers can go up to 40C in August. It is always smart to pack layers of clothes in case the conditions change, but do more detailed research before traveling. Also as per usual in bigger cities, also in Prague weather could be a tat warmer than in other places.

Where to travel in Czech Republic?

My dearest suggestion is - everywhere! Travel to Prague, but surely plan to go somewhere else too. The country is small, there is so much to discover, and the travel is easy (they have speedy trains too). I might even suggest - besides researching where to travel in the Czech Republic itself, try checking options for travel to the closest surrounding countries. Both Berlin and Vienna are just about 3 hours away by train. Tempting, isn't it?

So what should you know before going there?

Oh, yes, they do! Some even say that Prague has become the Venice of Central Europe. Read - crowded along the most popular routes and tourist places. Travel to Prague is something you should not miss out on; it is absolutely beautiful. But do consider going there off-season or visiting the most popular spots in less popular times of the day.

2. Transportation is great, but taxi scams is not a myth

Public transportation in Prague, as well as the whole country in general, is well connected and very affordable. For some insight - a ticket valid for 30min of traveling in Prague will cost you less than 1 EUR. Cool, isn't it? But if you prefer to travel by taxi then make sure to be careful. The stories about taxis scamming tourists are not a myth, therefore it is better to ask the receptionist to call you a cab or just use Uber or the local app Liftago. Never flag taxis on your own.

3. Beer is the national drink

To prove it, I will drop some facts. Prague has the highest beer consumption in the world (above 156L per capita/year), and the number also includes newborns and dogs. Funny or not, the beer is cheaper than the water here. And the most prominent fact - "Plzen" is in the Czech Republic! Doesn't ring a bell? It might if I say that is where the word "pilsner" comes from. In this town, Pilsner was first produced 175 years ago, but nowadays, its flavor has made it one of the most popular products in the Czech Republic. If you are a beer lover and still thinking about where to travel in Czech Republic, then definitely include this town and Pilsner Urquell Brewery Museum in your itinerary!

4. Lunch is the highlight of the day

And I start this conversation in order to open one about some local culinary treats. Besides lunch being the most important meal of the day, another typical thing is the order of the dishes. Usually, soup is eaten first, and the main course follows. Their cuisine has an abundance of duck, pork, and dumplings, and things you should definitely try on your travel to Czech Republic are vepřo-knedlo-zelo, gulas, or svickova. And, of course, some good quality beer from a local brewery!

For decades the Czech Republic was under the communist regime and actually was a part of the country called 'Czechoslovakia'. Based on a peaceful dissolution, the country ceased to exist in 1993. Keep in mind not to call their country by this name, because Slovakia is now a completely different country and locals are very conscious of this fact. In fact, it is somewhat a national pride thing, and you might spark some unpleasant looks in your direction if you do use this name.

6. Tourist attractions in Prague are near to each other

Pack your walking shoes and save some money, enjoying the historic must-sees moving around on foot. Nevertheless, keep in mind that in Prague weather can not be predicted, and you will be better off if you also pack an umbrella or, even better - a waterproof jacket. This is definitely the best way to discover this romantic city!

7. Mind-blowing wonders in the Bohemian Paradise

Some call it Bohemian Switzerland too, and it has earned the name for a reason. The landscapes just remind the ones in Switzerland and will take your breath away. Even if you are not an active hiker, really consider going to this region and plan a visit at least to the Pravcicka Brana. It is a huge sandstone arch and actually - the largest natural one in the whole of Europe. Or, if you want to see views slightly reminiscent of Meteora in Greece, hike to Marina Skala (Mary's Rock).

8. One of the most beautiful spa towns in the world

Going to charming Karlovy Vary will make you feel like you are back in the golden days of the European aristocracy. Often referred to by the German name of Karlsbad, this town offers not only picturesque walks along very distinctive colorful houses on the banks of the Tepla River but also an authentic spa experience. It has been one of the most popular spa destinations for the European aristocracy (like Peter the Great, Beethoven, and others) since it was established in 1358. It is noteworthy also that this city served as a backdrop for the 2006 James Bond film "Casino Royale", but Grand Hotel Pupp was the main inspiration and filming location for Wes Anderson's "The Grand Budapest Hotel."

9. Anyone can become a tomb rider!

Well, not the adventurous type that digs up graves, but something along the lines. The Czech Republic has many exciting locations that preserve the remains of thousands of people who died in wars or during times of terrible plagues. The fascinating part is the way people have decided to display these remains in various creative ways. Take, for example, the Bone Church in the small town of Sedlec. Pure and chilling artistry - bones used to create chandeliers, bells, and other parts of the church!

P.S. No need to worry, is it safe to travel to Czech Republic - nobody is gunning after your bones nowadays. Instead, just go and enjoy the impressive structures made by their ancestors!

10. The most beautiful sanctuaries for bookworms

I hope that thus far you have already understood that the Czech Republic is a country where history and all the classical values are being honored very much. And what better way to do it than with books! Or even better - the collections of precious books, the libraries. Prague is home to the three oldest and nicest libraries in the world. Surely, if you will check pictures of Clementinum and Strahov Monastery, your jaw will drop at the spectacular view of these absolutely stunning Baroque rooms with high ceilings decorated with meticulous paintings and decorations. What's even better - these libraries are located in especially beautiful buildings that have other spots worth visiting in a heartbeat.

I don't know how about you, but after seeing all the beautiful images and stories about this country, I am more than eager to visit as soon as possible. I hope the bits of information in this article inspire you to spend some time in Czech Republic too! And maybe ask some other questions than what is the capital of the Czech Republic? Something like - how, when, and with whom?

Topics
Apply for any visa in two clicks!
Countries
Do you want to get a Czech Republic visa easily?
Get your visa now 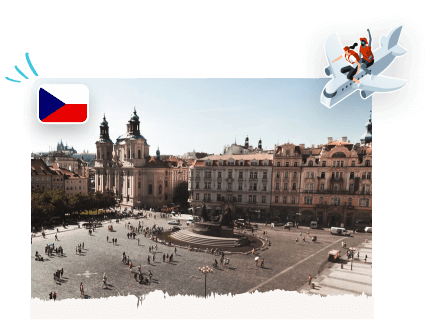