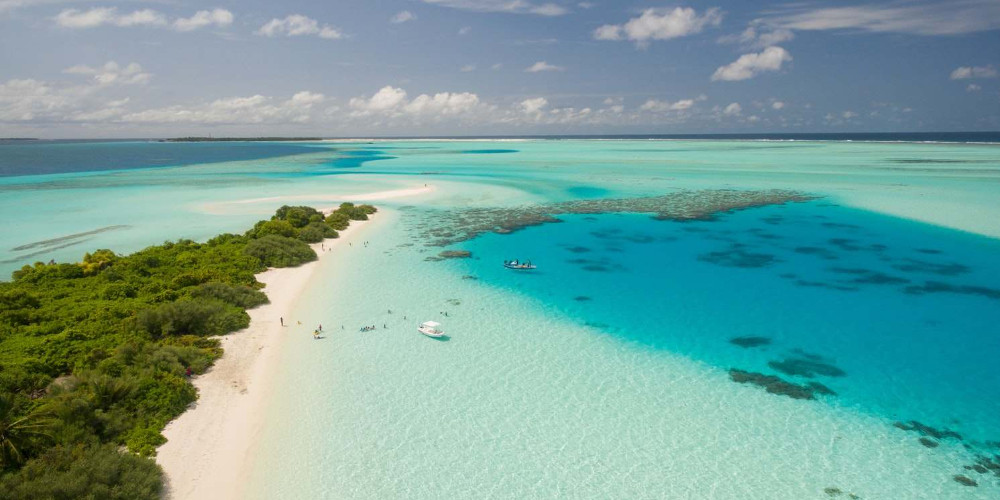 We all love getting hundreds, if not thousands, "likes" for our travel pictures, as it is no secret that finding instagrammable spots wherever we are travelling to has become a challenge. Worth mentioning that usually, our most liked Instagram photo is taken during our trips! And today we will be travelling to one of the fascinating countries in the world, where you will not have any problem finding a nice background or historical monuments to share with your friends! Get ready because we are applying for a Barbados visa and heading to Barbados!

But where is Barbados? In short, we can say that Barbados is an island in the southern part of the Caribbean Sea, centred 160 km east of Saint Vincent and the Grenadines. It is around 32 km from northwest to southeast and about 25 km from east to west at its widest point. Surprisingly enough, the island is approximately triangular in shape. Bridgetown, which is also the primary seaport, is the capital and the largest city in the island country.

And even though you have a chance to spend all your time on the most beautiful beaches you have ever witnessed while visiting this Caribbean paradise, you will find plenty more things to do! This glamorous island is full of cultural heritage, architecture, and beauty that it can offer you!

We also should mention the Barbados weather that will affect not only your pictures but also your whole trip. Between July and November, it is just the best time to travel to Barbados. While these months come during the hurricane season of the Caribbean, however, there is absolutely no need to worry as hurricanes rarely reach the islands or even the shores. So, we can basically say it is always the best time to travel to Barbados. Barbados weather is perfect no matter when you decide to book your ticket and visit this paradise!

Animal Flower Cave is one of the best places to visit in Barbados, and you should not miss it at any cost! In the parish of St. Lucy, the Animal Flower Cave is situated at the northernmost point of Barbados. The word 'Animal Flower Cave' derives from the anemones of the sea that are located in the cave pools. Some of these pools are deep enough for you to dive in. The walls of the cave are full of fascinating structures that are coloured by oxidation of copper and iron, in colours of green and blue. See if you can see the formations of turtles and hands as you enter the Animal Flower Cave. Or, as it is such an instagrammable place, you can let your followers do it!

With a population of around 110,000, Bridgetown is the biggest and most lively city on the island of Barbados. It is the capital and economic hub of Barbados, after all. Bridgetown Barbados today is steeped in rich heritage and tradition, representing a blend of old and new, with heritage sites and buildings set within modern structures such as shopping malls.

Are you looking for things to do in Barbados? Head to Parliament House! The historic Parliament House, instantly identifiable by the architecture and clock tower in the neo-Gothic style, and the National Heroes Square are two of the city centre's major locations. The lovely Chamberlain Bridge is across the street from the Parliament Buildings, with views across the Constitution River, known more generally as the "The Careenage".

During your travel to Barbados, make sure to take a lot of pictures in Carlisle Bay, as I would not exaggerate if I say that the bay is one of the most instagrammable places in Barbados. This is one of the most enticing places to dip your toes in the sea or set up a beach chair, with stunning blonde beaches and long stretches of crystal-clear blue waters. Pebble Beach is one of the better stretches around the harbour.

What to do in Barbados for history-lovers who want to educate their followers on Instagram, though? Formerly the site of a magnificent mansion designed for the amusement of royalty, including King George V by Sir Graham Briggs, today is a national park. It has an excellent atmosphere for a picnic and an enjoyable day in the park while providing breathtaking views of the southern tip of the island. Who knows, maybe your next most liked photo on Instagram will be from your picnic during your travel to Barbados?

Located in the parish of Saint Peter, next to Grenade Hall Signal Station and Forest Barbados Wildlife Reserve covers four acres of mahogany forest. It was set up by Jean Baulu, a Canadian primatologist, and his partner, Suzanne. In 1982, for the conservation and study of green monkeys, who were introduced to Barbados in the 17th century and are now prevalent on the island, they first built the Barbados Primate Research Centre on the site. The reserve is especially at the top list of things to do in Barbados if you are travelling with children.

There is no church relation at St Nicholas Abbey, as, in the past, it has only been a sugarcane plantation building. Today, St Nicholas Abbey is a well-preserved museum, effectively recreating plantation life from the 18th century. On the sugar plantation, there is a rare 1930s film of life that is available in the museum for screening. Selected as one of the "Seven Wonders of Barbados" by the Barbados Tourism Board, the property has drawn several thousand tourists each year. I would say it is one of the most historical places in Barbados.

If you love spending time outside and were asking yourself what to do in Barbados? I got you covered. Hunte's Gardens is the product of the imagination and years of work of Anthony Hunte that produced this masterpiece. Built-in a gully in the island's interior, the gardens are laid out with stairs and twisting walkways meandering across the expansive grounds on terraced slopes—a variety of flora, ranging from large palm trees to unusual plants. For your information, the gardens are frequented by birds and animals too.

Bottom Bay surely is one of the underrated places in Barbados. It is a picturesque, gorgeous beach on the Atlantic side of Barbados, accessible by a long collection of stairs. From both endpoints, cliff walls line the beach, and crystal-clear water extends out to the reef, with the deep blue sea reaching out to the horizon behind it.

Around 1660, Sunbury Plantation House was built by one of the first settlers on the island, Matthew Chapman. He was affiliated to the Earl of Carlisle and was given land in Barbados by this connection. Sunbury Plantation House, steeped in heritage, with mahogany antiques, vintage prints, and a rare array of horse-drawn carriages, is over 300 years old. This is the only big house with all rooms available for viewing. Visiting the place is surely one of the interesting things to do in Barbados, and I can guarantee you that your feed will become so colourful without you even noticing it!

The next instagrammable place in Barbados is Andromeda Gardens. It began as a private plant selection around the home of Iris Bannochie, who was a scientist named after the Greek mythological figure of Andromeda, writing separate research papers on topics such as the lifecycle of the whistling frog and the vitamin C quality of the Barbadian cherry. She was a mentor to many and was seen as the queen of horticulture in Barbados. She was responsible at one point for bringing over 80% of the ornamental plants contained in Barbados. The trails here are rugged and, in some situations, steep, rendering them unreachable for people with mobility difficulties.

The Folkestone Marine Park & Museum is a park where visitors can go snorkelling, swimming, or enjoy the playground and the beach. As the water here is generally calm, it is also a popular place for kayaking and paddleboarding. A Folkestone Museum of galleries and aquariums is also on-site.

Some of the most visible highlights are flowering plants, a lovely stream, and the monkey playfield, where you can also see green monkeys in the mornings as food is set out. There are also threatened with extinction plants and animals in the garden and a few plant species found only in Barbados. So, if you are interested in flora and fauna of these lands, then Welchman Hall Gully is one of the best instagrammable places in Barbados.