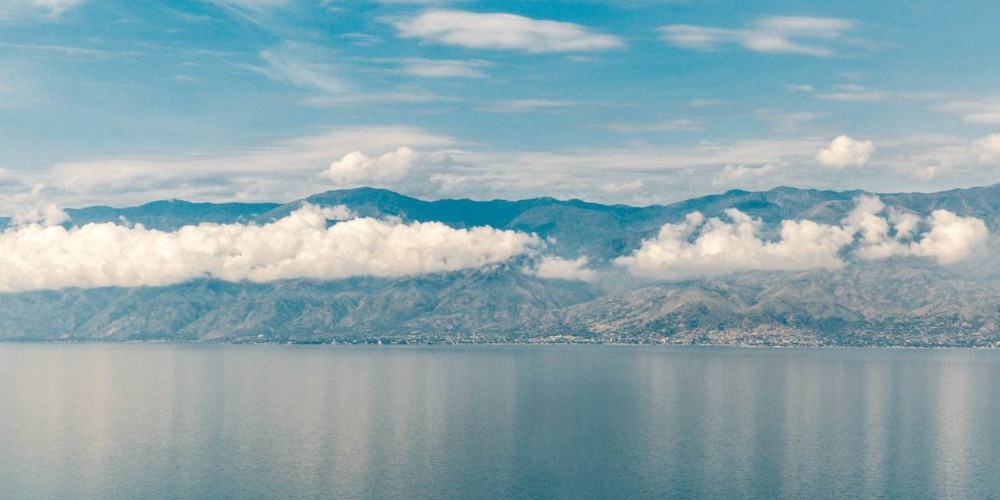 Are you looking for the next travel destination for your travel plans but want to try something new and different? What about Africa? Have you ever been to Bujumbura? Or, let's ask differently, have you ever heard of Bujumbura?

But first, where is Burundi? Burundi, or the Republic of Burundi with its official name, is a landlocked country located in the eastern part of the central part of the African continent. The border neighbours of the country (when moving clockwise from the north) are Rwanda, Tanzania, and DR Congo, mostly with Lake Tanganyika. The capital of the country is Gitega. The capital, formerly Bujumbura, moved to the city of Gitega, about 100 kilometres east, in 2019. Bujumbura is still the economic centre of the country.

Bujumbura, formerly Usumbura, is Burundi's largest city and main port. It ships most of the country's main export products - coffee, as well as cotton and tin ore: Burundi, a country in east-central Africa, south of the Equator. A landlocked country, the historic kingdom is one of the few African countries whose borders were not defined by colonial rulers. The former capital of Burundi, Bujumbura, is located in the northeast of Lake Tanganyika. The old part of the city houses buildings from the German and Belgian colonial periods, as well as a central market filled with hundreds of stalls. At the same time, Bujumbura is the city with the most crowd in the country. Now we can answer not only the question "Where is Bujumbura?" but also we already have a lot of information about it.

Human and freight transportation is carried out over Lake Tanganyika, some of which are within the borders of Burundi. Expeditions can be arranged to the Democratic Republic of Congo, Tanzania, and Zambia, which borders the lake. The most important port of the country is located in Bujumbura, and there is no sea transport activity other than this lake.

Should we travel to Bujumbura? How is climate? When should we travel to Burundi? Although Burundi, which is located close to the Equator, generally has a tropical climate, there are variations between regions. In many places there is a significant difference between daytime and nighttime temperatures. While the annual temperature is around 20° C in the plateau region, temperatures around Lake Tanganyika rise up to 23° C, and fall down to 16° C in the mountainous regions. In the capital city of Bujumbura, the average annual temperature is 23° C. The ideal time to visit Burundi is the end of May and June. Because July, August, December, and January are very dry. It is rainy from September to November and from February to May.

Is it safe to travel to Burundi?

There are many risks involved - for example, travelling outside the capital Bujumbura is a risky move, especially after dark. However, if you are an adventurer, you can really have a good time here as you will mainly meet friendly people - just be sure to get your malaria vaccine and drink plenty of water. Also, always keep your passport, other documents, and money in a safe place.

The overall risk is high. Burundi is not a safe travel destination for travellers. You should be aware that many governments advise their citizens not to travel to the country as this is considered very high risk. Always be attentive to your surroundings. Both minor and serious crimes are normal here. The political and security situation in Burundi is volatile and unpredictable and could deteriorate without warning.

What is the most beautiful places to visit in Burundi?

Are there nice places in Burundi? Established at the junction of the Nile and Congo rivers, most of this country consists of forests. There are many places that tourists should visit in the country, which is the centre of attention with its magnificent nature, cultural richness, and historical past. Here are some of those places.

Bujumbura is a city built on the shore of Lake Tanganyika, and naturally, one of the best activities in the city is walking and spending time on the lakeshore. Tanganyika Lake, known as the world's second deepest lake after Lake Baikal; It is one of the most popular tourist destinations in the region with its magnificent scenery, rich underwater life and magnificent nature surrounding it. Promising completely different beauties to Bujumbura visitors at any time of the day, you can also take exquisite photos at the lake. This means that you will have many great Instagram photos to share with your friends because this is one of the best Instagrammable places in Bujumbura, Burundi.

We said before that forests cover the vast majority of the country, right? Kibira National Park is another perfect place where you can meet with nature! Offering the opportunity to be together with the stunning natural beauties of the country and even the entire continent, the park offers many activities such as strolling among interesting species of trees and plants and observing cute monkeys. You will be able to breathe fresh air, relax, and collect a lot of unforgettable memories!

Kibira National Park is an exquisite natural area covering an area of 400 square kilometres with its rich biological diversity. Located near the city of Bujumbura, the capital of the country, this park was an area used by the kings of the country for hunting until 1933.

Rusizi National Park, located 20 minutes by car from Bujumbura city, is among the most famous places in the country. You can see many animal species such as crocodile, hippo, and flamingo in this park where you can take long walks along the Rusizi River. You can also take a chance to explore the region in more depth by taking boat tours on the river.

Traveller and missionary Dr Livingstone – Stanley Monument, built in honour of David Livingstone and journalist and explorer Henry Morton Stanley, is located 10 kilometres south of Bujumbura. This stone monument shows where these two Europeans who visited the area stayed here.

Ruvubu National Park is the largest national park in the country, with a width of 508 square kilometres. In this park, which fascinates you with its impressive nature and animal species living in the region, you can observe more than 425 bird species as well as animals such as hippopotamus, monkey, antelope, buffalo, leopard, and lion.

Mount Heha, the largest mountain in the country with an altitude of about 2700 meters, is one of the favourite places to visit for travellers who love hiking and climbing. This mountain, which dazzles with its magnificent views, is located in Burundi's Bujumbura Rural state.

Located about 30 minutes from Bujumbura city centre, Karera and Saga beaches offer a great atmosphere for those who want to enjoy the sun and warm weather in the city. You can spend the day relaxing on the beaches and watch the scenery in the region. With their majestic and magnificent views, these beaches can really be considered as one of the best Instagrammable places of Burundi. Enjoy the warm weather by the sea!

Visiting the museum, which hosts reflections of Africa's breathtaking nature, is another important activity for those who visit Burundi. The museum can be considered among the ideal places for those who want to spend a few hours in the city centre and then taste local delicacies in Bujumbura's restaurants.

Visitors who want to get away from the hot weather that is effective all year round and cool off in Bujumbura can also head to the Kagera Waterfall, which has a magnificent view. The surroundings of the waterfalls are cooler than many Instagrammable places in Bujumbura with the effect of the high flowing waters. How would you like to cool off a little and have a fresh day?

Artefacts that have an important Instagrammable place in the cultural heritage of Bujumbura and Burundi can be seen in the Gitega National Museum in the city. This place, which is referred to as Burundi's best museum in many ways, is among the main stopovers in the city for travellers interested in art. We are sure that you will learn more about the art and history of the country while examining the works here.

Shop at the Central Market! Central Market in downtown Bujumbura is a great Instagrammable place to try local Burundi delicacies and buy fresh fruit. It is possible to find clothes and other interesting items reflecting Burundian culture on the colourful stalls of the market, which attracts the attention of the locals as well as the tourists visiting Bujumbura. This is one of the best things to do in Bujumbura Burundi.

If you want to explore the impressive natural beauty and local culture of this beautiful African country, you should hurry to visit it!