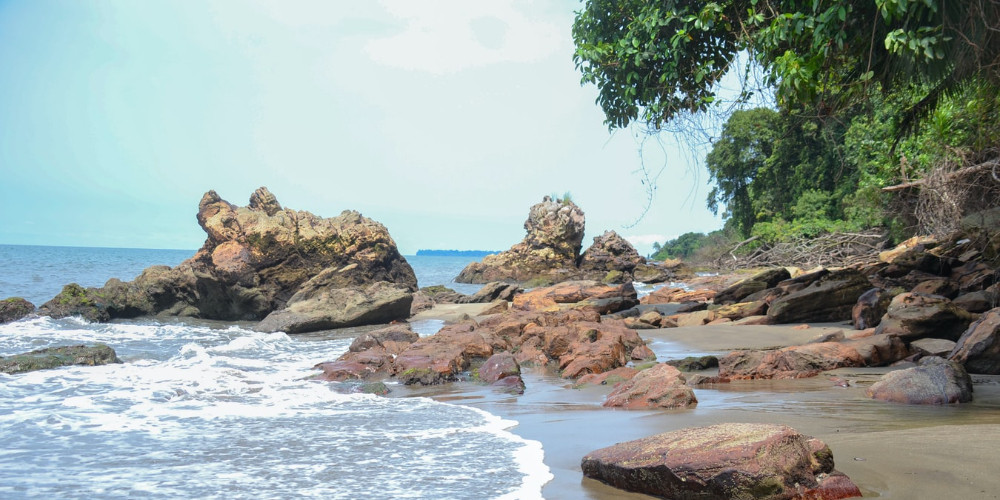 Being called "the last Eden on Earth", Gabon is one of the distinguished countries in Africa for its heavenly sandy beaches, pristine jungles, and amazing landscapes. The country is a mecca for beautiful nature. That is why there are thirteen national parks dedicated to protecting this precious beauty. Also, you can obtain an e-visa for Gabon easily. Unlike its neighbours, Gabon enjoys more economical and political stability, which makes the country a safe and worthy option to explore. Where is Gabon? Gabon, or the Gabonese Republic, is located at the Equator in Western-Central Africa. It borders the Atlantic Ocean, Cameroon, Equatorial Guinea, and the Republic of the Congo. How to find Instagrammable places in Gabon? Basically, there are dozens of famous places in Gabon to visit and snap beautiful pictures for your Instagram account. The most beautiful places in Gabon include the following sites:

Libreville is the capital and the biggest city of Gabon. About one-third of the country's population lives in this city. Because of an influx of oil money, Libreville saw a lot of investment in the infrastructure, including large tall buildings, amazing restaurants and hotels, clean streets, casinos, and so on. The freed slaves founded the city in the 19th century; Libreville means “Freetown” in French. Nowadays, being located at the beautiful shores of the Guinea Gulf, the city has modern buildings, markets, and communities. Instagrammable places include Notre Dame de Lourdes, Palais Presidentiel, L'Eglise St-Michel, and the Museum of Art and Culture.

Across the Gabon estuary from Libreville, you will find one of the most popular places to go to in Gabon, namely the Pointe-Denis Beach. This heaven-like beach with the whitest sand is a stunning place to visit and relax. Especially if you are tired of the hustle and bustle of Libreville, this beach, with its beauty is irreplaceable. Here, you can enjoy the warm water, get a nice tan, and take lovely shots of the sunset at this virgin sandy beach. Apart from having a calm weekend, you can also party with other visitors and have a drink. Also, you may be lucky enough to observe the nesting turtles on the peninsula.

Cathedrale Saint Louis is one of the Instagrammable places when you decide to travel to Gabon. It is rare to see a catholic church being surrounded by palm trees. So, it is a special place to take some good pictures, isn't it? Also, the area bears a calm ambience to relax and even contemplate. Cathedrale Saint Louis is located in Port-Gentil, a coastal Gabonese city on Lopez Island. If you are fond of fishing, then you may join Makaira Sportfishing Adventure as a solo traveller or with your family. The city is also known for its nightlife and casinos.

If you are a fan of wildlife, you should definitely travel to Gabon. The area is full of national parks. Lope National Park is one of the most beautiful places in Gabon. The park is located in central Gabon. This place is the most vital hub for primates in Central Africa. Lope is also a niche for endangered mandrills, gorillas, chimpanzees, forest elephants, as well as more than 400 bird species. Apart from its fauna, the area is also renowned for its beautiful landscapes, including the thick rainforest and the legendary African river, the Ogooue.

One of the famous places in Gabon is Franceville, one of the four largest cities in the country. The city is located at the east bank of the Ogooue River. It is a major trading centre and a mining region in southeastern Gabon. Visitors can take a walk in nature and see the Poubara Falls. You can also visit Cathedrale Saint-Hilaire de Franceville and the memorial to former President Omar.

One of the most popular places to go to in Gabon is the savannas, wetlands, forests, and lagoons of Loango National Park. Some tourists consider Loango as having the best savanna in the world. It spans a distance of 200 kilometres of uninhabited wildlife. This park is the only reserved area where elephants, gorillas, buffalos, and other animals of the savanna have access to the ocean. Loango has a catch and releases fishing activity for tourists, where adventure lovers may catch different types of fish, including barracuda and sharks, and safely release them back to the water. Researchers report that the area has the second-highest concentration of mammals on the continent.

If you wonder: How to find instagrammable places? The answer is nature. Gabon is a mecca of beautiful nature, thanks to its national parks. The Pongara National Park is well-known for its beautiful landscapes, such as forests, savannas, and of course, a beach, as well as diverse flora and fauna. The park extends for about 870 square kilometres over most part of the Pointe-Denis. It is a protected area due to its diverse animal and bird population, including endangered Damara terns. Yet, it is highly accessible to tourists.

One of the most beautiful places in Gabon is Kongou Falls. This waterfall is a dreamlike beauty located in Makokou city, which is the regional capital of the Ogooue-Ivindo province. Some people call this waterfall Gabon’s Niagara. The water drops from about 60 meters, creating a big water spray. Kongou Falls bears spiritual significance for the local people in the region. It is located on the Ivindo River and surrounded by walls of virgin forests on the sides. You can visit Makokou by bus, car, or train. The waterfall has dozens of large and small streams. Many bird species and mammals have been spotted in this mesmerising place.

When the movie producers of Hollywood wanted to make a Tarzan movie in a place full of exotic forests, fast-flowing rivers, waterfalls, and astonishing landscapes, the most suitable place would be Ivindo National Park. The area is distinguished for having Gabon’s Instagrammable places, including Kongou Falls. Travellers like visiting Langoue Bai (forest clearing) for enjoying stunning scenery and taking unforgettable pictures. Adventure lovers can also join camping groups to get the best out of the trip to Ivindo National Park. The area is famous for its rapids and waterfalls. Bird lovers will especially enjoy visiting this park with over 400 bird species, including African grey parrots.

This small town is located at the bank of the Ogooue River. Actually, there is nothing special about this sleepy chilling town. But it is the surroundings that make this place special for tourists and local people. Plus, Lastoursville's attractions may include hidden caves located a few hours walk from the town. There were recent expeditions in the area, finding an undiscovered underground cavern stretching over several miles. There are about 35 caves in the rainforest of Lastoursville, spanning over 90 square kilometres area. The researchers argue that these caves were formed about 50 million years ago and were home to ancient human activities. In Lastoursville, you can also find knowledgeable guides who can accompany you and talk about the history of the place.

Being located in western-central Gabon, Lambarene is a place to relax, contemplate, and experience local life in Gabon. The main activity in the town is fishing. This is where you can pour all of the problems out of your head, catch some fish, and enjoy the beautiful rainforest around you. This small town was made popular by Albert Schweitzer. This Alsatian-German philosopher and doctor built the Schweitzer Hospital in Lambarene. Albert Schweitzer later received the Nobel Peace Prize.

? It is where national parks are the greatest wealth of the nation. Akanda National Park is one of the popular places to go to in Gabon. It is highly renowned for its nesting ground for migratory birds. In fact, it is one of the largest nesting places in the world. Besides, one-quarter of the protected mangrove in Africa are located in this park. Local people, especially the Bantu peoples, consider the woods within this park a sacred place, where most of their legends and stories come from. The area is also perfect for watching dolphins and whales. The park also has responsible people for protecting leatherback sea turtles and preventing illegal fishing.

All in all, if one decides to travel to Gabon, he/she will definitely get one of the best experiences. The country is a home ground for hidden beauties, astonishing beaches, jungles, savannas, rivers, and waterfalls. It is incredible that Gabon, almost as large as Italy, is home to the thirteen national parks. These national parks are the hubs for different animals and birds to thrive. In this article, I showed why it is good to travel to Gabon, as well as famous places in Gabon. Instagrammable places in Gabon are mainly rainforests, stunning landscapes, caves, and waterfalls. I also tried to answer the following questions: Where is Gabon, and how to find instagrammable places?

Apply for any visa in two clicks!
Topics
Countries
Do you want to get a Gabon visa easily?
Get your visa now 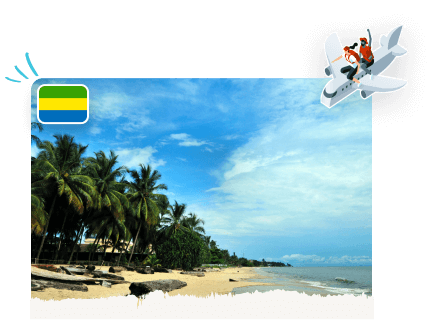