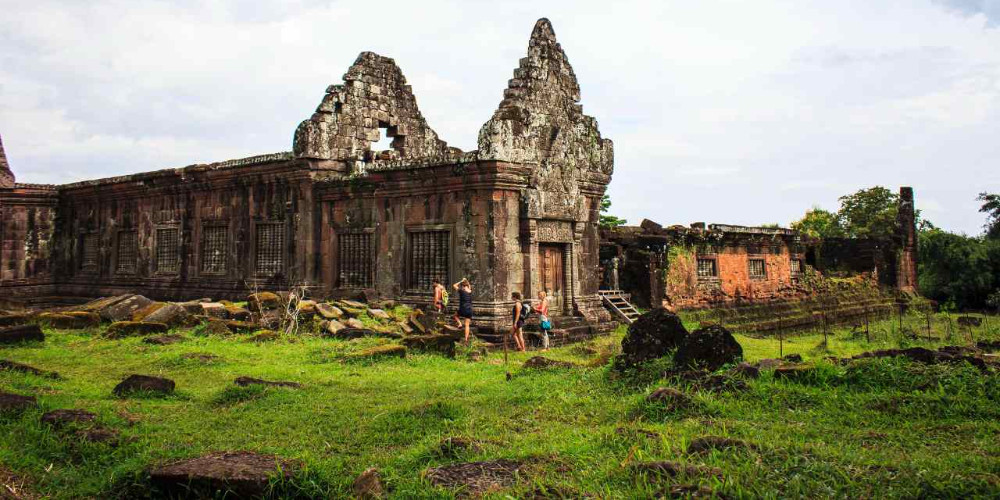 It is no surprise that south-east Asia has always provoked our inner traveler whenever we saw anything related to the region. So, get ready dear readers, because today we will take a great trip to the area, being more specific to one of the least famous destinations in the region, to Laos. But where is Laos exactly? Laos, is the densely populated territory of Southeast Asia’s northeast-central mainland. In the north, it consists of an unevenly circular section that narrows into an area extending south-east like a peninsula. Overall, the state spreads from northwest to south-east for nearly 1,000 km. Today, in a land of pleasant and hospitable Laos people, Laos provides genuinely true experiences. We will not be mistaken if we say that Laos is literally a piece of untouched nature, 40% of it is surrounded by trees, and 20 National Protected Areas protect the ecosystem and endangered wildlife. Now that we have answered your question of “Where is Laos?” we can proceed with discovering the country. However in this article, we will not be talking only about where are good places to visit in Laos or let us say what to do in Laos, but our main focus will be to find out just the best places for your Instagram feed. So, here are the 12 Instagrammable places in Laos!

Moreover, if you need any information regarding a visa to Laos, you may check the "Services" section of our website.

The spot is definitely one of the most exciting places to visit in Laos. Sitting between Vientiane and Luang Prabang, Van Vieng is one of Laos’ major tourism locations. This part of Laos has a very wild reputation in the old days and a surprisingly lively nightlife scene, but now it has become a bit more prosperous due to the steps taken to clean up its appearance by the local government. Enjoying the tubing down the Nam Song River is one of the biggest motivations for coming to Van Vieng, and you can take in the lush jungle landscape here at the same time. So, make sure not to miss this charming place while you travel to Laos.

Where are good places to visit in Laos? In the capital of Laos! With a population of around 600 000 inhabitants, Vientiane is the capital of Laos and is perceived to be the smallest capital in Southeast Asia. Also known as the City of the Sandalwood It is the largest city in Laos along the Mekong River Curve. In a small location in the business district, the city’s points of attraction are clustered and can be easily visited on foot. Compared to other Southeast Asian cities, the area provides a laid-back pace of life; traffic is lighter. A variety of French-inspired constructions, such as the Laotian variant of the famed Arc de Triomphe in Paris, known as Patuxai, can also be seen as you walk around. Many references to Lao culture and identity are used in the architecture of the stupa. Luang is a major tourist destination and has become the icon of Lao nationalism. Each level, containing three levels, conveys a representation of part of the Buddhist doctrine. There is a very high chance that your next most liked Instagram photo might be taken here!

Another one of the best places to see in Laos is these islands. The islands are caused by the dispersion of the Mekong River near the border between Laos and Cambodia, which created these amazing little islets. The size of the islands varies, which is awesome because if you want a bit more nightlife and a wider variety of accommodation choices, you can pick any of the larger islands like Don Khon and Don Det. If you just want to slip off the net and get away from it all in Laos, you can explore smaller and sleepier islands like Don Khong as well.

What to do in Laos for animal lovers? In Bokeo Province, Laos, the Bokeo Nature Reserve is located. The protected area was established to preserve its population of the black-cheeked gibbon, found in 1997 and was previously believed to be extinct. The wildlife sanctuary is 1,230 km2 in scale, is defined by a mixture of deciduous forest and mountainous areas that include 500-1500 m elevation. Bears and lions are also present, Asian elephants and wild water buffalo pass through the reserve. The park encourages you to remain in treehouses that give a view of the forest canopy from the bird’s eye, and you can even take part in exciting jungle games such as swinging on a zip line. Also, I think it is very important to mention that there are two elements of the conservation scheme, one of Gibbon observation huts, known as canopy huts in the vast forest reserve intended to see the black cheeked gibbons, and the second aspect is to witness at the canopy level the majesty of the rain forests. It is no surprise that the reserve is one of the best places in Laos to visit if you are with the family.

In Phu Hin Bun National Park, in Khammouane Province of Laos, there is Tham Kong Lo which is worldwide known as the Karst limestone cave. It is situated on the Nam Hin Bun River, which flows into the gorge, approximately 130 kilometers north of Thakhek. The cave is about 7 kilometers deep and wide, and sections are as high as 300 feet. In recent years, the locals have set up suppliers to supply visitors to the site. There is a lake within the cave that glows a vivid emerald color that locals hold as holy. Taking a boat ride around the amazing chamber is the perfect way to scope out the cave and admire the rock crystals and stalagmites and stalactites here. I think both locals and visors will agree with me if I say that the caves are one of the most picturesque places to go in Laos.

This is a Hindu temple founded between the 11th and 13th centuries, and this would have been a strategic position in neighboring Cambodia in the mighty Khmer Empire that extended from Angkor. You can also find temples similar in nature to those in Angkor that is also partly eroded by the jungles of Laos. Initially, Vat Phou was affiliated with the city of Shrestapura, which was located immediately east of Lingaparvata Mountain on the side of the Mekong.

By being one of the most attractive places to see in Laos, the spot also allows you to discover Laos from a different perspective. Muang Ngoi Neua is a Lao town in the Louangphrabang Province along the Nam Ou River. It is part of Luang Prabang’s Ngoi district 170 kilometers northeast. Muang Ngoi Neua used to be comparatively quiet and under-visited, but it has now become renowned for being a stop-off on the famous Banana Pancake Trail that winds up in Southeast Asia across many countries. You can also go to the small ethnic villages surrounding the city or hike to many popular caves and spectacular waterfalls.

Who would not want to have their most liked Instagram photo be taken on the Mekong river? Pakbeng is located between Luang Prabang and Huay Xai, and if you take a river journey down the Mekong between the two towns, one of the main reasons people visit is to stay overnight. The town is the overnight stop between Luang Prabang and Huay Xai for boats. The sluggish vessels, which travel for two days between Huay Xai and Luang Prabang, spend the night moored in Pak Beng.

Luang Prabang is a marvelous patchwork of typical Lao wooden houses and traces of European architectural styles; reminders of the times when Laos was part of the French colony of Indochina. Set at the confluence of two rivers that almost circle the region, and underneath a temple-topped hill. The town is also famous for its charming little cafes in the European style that are situated along the scenic banks of the river, and this area is so charming that it is also a UNESCO World Heritage Site.

The city is used as a transport stop-over for the bulk of visitors during their travel to Laos and other countries, which is quite a pity. Although this small town does not have anything to see, it’s a nice place to adapt to the Lao lifestyle: sit on the banks of the Mekong, have a Beerlao, and watch the river flow by. However, it is also popular for its Mekong River cruises, as you can take a ship from Huang Xai to Luang Prabang, and this is the highlight of a journey to Laos for many tourists.

Travel to Laos can never be completed unless you have been to Nong Khiaw. This is a great place to explore if you enjoy hiking or if you just want to find out more areas of the country of Laos, as Nong Khiaw is situated in the middle of beautiful limestone mountains. Nong Khiaw even sits on the gorgeous Nam Ou Canal, so you can take a boat ride here from the perspective of the water to help you take in all the scenery. Gorgeous karst formations also surround this part of the world, and for anybody who loves spelunking, the limestone caves here are a perfect place.

Luang Namtha is a popular town for tourists that offers a hiking and biking base for the surrounding villages of the hill tribe. Surprisingly enough, the Museum of Luang Namtha is in the city. Luang Namtha is known as the largest city in the north-western part of Laos and is recognized as a stop-off point for anyone trying to travel between Laos and neighboring China.