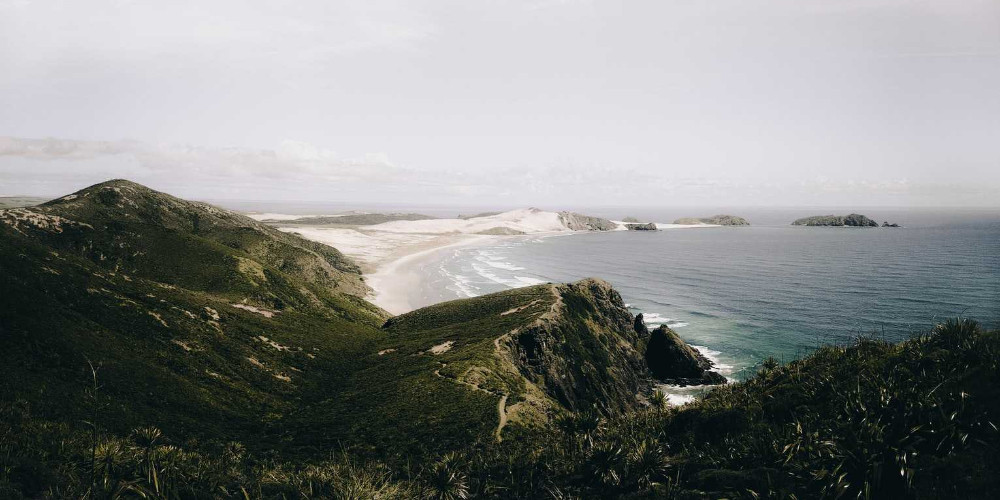 According to the most comprehensive genetic study of Papua New Guinea people, groups in the country differ genetically from each other at a very high rate. Scientists from the Wellcome Trust Sanger Institute, the University of Oxford and the Papua New Guinea Institute of Medical Research revealed that the vast majority of people from Europe and Asia had protected their genetic independence for the last 50,000 years, and even people living in the country's mountains are genetically isolated today. With around 850 known indigenous languages, Papua New Guinea is home to 10 per cent of the world's languages. At the same time, the country has the most linguistic diversity in the world. Researchers studied how linguistic and cultural diversity is manifested in Papua New Guinea. In this regard, they analyzed the genomes of a total of 381 Papua New Guinea people from 85 different language groups. Evaluating more than a million genetic positions for each individual, scientists studied the differences and similarities according to these positions. As a result of the study, it was seen that groups of people speaking different languages were also genetically separated from each other. I am sure that you will gain new experiences in Papua New Guinea. Unique experiences mean new rules. So, here are some details you need to know before travel to Papua New Guinea.

Is it safe to travel to Papua New Guinea?

The next admirable place to go in Papua New Guinea is Kimbe Bay. Kimbe Bay is located in New Britain, the largest of the Bismarck Archipelago in Papua New Guinea. It is a unique place that contains sixty per cent of the coral reef diversity of the Indo-Pacific region. The bay is home to nearly nine hundred reef fish species as well as ten different whales and dolphins and more than four hundred coral species. Kimbe Bay alone meets almost five per cent of the underwater biodiversity of the whole world. Numbers or percentages are a useful reference in themselves to reveal the wealth of the region. Still, a fascinating journey into the heart of the ocean is a must to discover the reasons that make Kimbe Bay truly special. Guys, your Instagram caption is already ready, do not worry about that: “A magical kingdom under the water.”

Speaking of diving, it would be impossible not to mention Rabaul Kokopo Dive, which is one of the famous places in Papua New Guinea. This attraction is located in East New Britain Province and is one of the most visited places by tourists every year since 2016.

Let’s continue with one more adventurous and as well as an Instagrammable place of Papua New Guinea. Kokoda Track or Trail is one of the challenging routes for tourists and backpackers. Completion of the 96 km long track varies between 4 and 10 days, depending on the content of your tour. This trail is loved by many tourists since they cannot overcome the path quickly. They break the path into segments to enjoy the beauty of nature. There are also many villages along the way where you can stop and have a rest.

Mount Hagen Cultural Show is perhaps the most famous tribal cultural event in Papua New Guinea. The show, which hosts music groups from the Western Highlands province of the country, is a very unusual event where the original cultural beauty is revealed. Hagen Show is held in August every year. The show offers a broad perspective on the music culture of the country, as it is an important meeting place for Papua New Guinea's local music groups. The untouched music, traditional dresses, and cultural items of Papua New Guinea for thousands of years come together at the Mount Hagen Cultural Show with participants from all over the country and offer a unique festive experience with a great atmosphere of enthusiasm. Since its inception, the Hagen Show has been showcasing the stunning performance of thousands of painted warriors' dances and songs and has recently attracted many tourists locally and internationally. In addition to the rhythms of Kundu drums, the modern music scene, various artistic activities such as handicrafts also take place in the Hagen Show. Lots of photos await to be shot at the Mount Hagen Cultural Show.

The next Instagrammable place in Papua New Guinea is one of the most tectonically active and complex places in the world, the Tavurvur volcano. Its location is in the deforming zone between the Pacific and Australian plates. The tectonically active region has led to the formation of a large number of volcanic eruptions in this area. Among 94 volcanoes, Tavurvur is distinguished for its most visibly active and continuously throwing ash. This natural phenomenon causes beautiful landscapes from Matupit Hot Springs.

Ulawun volcano is the second active volcano that I want to mention. The reason why Ulawun is on this Instagrammable places list is that it is one of the most dynamic and dangerous volcanoes in Papua New Guinea. It is a must-visit place for tourists who love adventure and new challenges.

Lusancay Islands is the eighth place on my Instagrammable places in Papua New Guinea list. This unspoiled archipelago will amaze you with its magnificent reefs and white sand. I recommend you take drone cameras with you to take the best view from the sky.

Another magnificent place in New Britain after Kimbe Bay is the Sivoli River. The river is famous for its crystal clear water and seaweeds, which has the best combination of green and blue colours.

If you want to enjoy the sea and spend long hours on the coast, the island of Kitava is one of the unique places in Papua New Guinea. This island locates in the southeast part of Papua New Guinea, Trobriand Island. Along with its beautiful nature, the island is famous for its inhabitants’ healthy and traditional diet. You can try this nutrition method and acquaint everyone in your Instagram account with this original diet.

At the end of the Instagrammable places in Papua New Guinea list, I would like to mention one of the essential places to go in Papua New Guinea, Bomana War Cemetery. This cemetery is the largest war cemetery in the Pacific. It is located at the end of Kokoda Track and is dedicated to the soldiers who fought against Japanese forces in the Second World War.

are suitable for many types of tourists. You should decide what kind of tourist you are: adventure, leisure, or culture? Defining this will help you to explore more places according to your interest. While I am concluding, I would like to give you a final tip: The best time to travel to Papua New Guinea is from April to October, especially August. So, you can start to apply for Papua New Guinea visa and plan your trip.

MOST RECENT
Topics
Apply for any visa in two clicks!
Countries
Do you want to get a Papua New Guinea visa easily?
Get your visa now 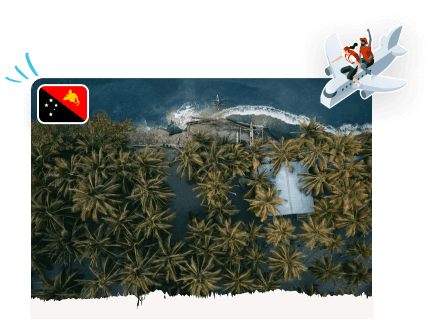