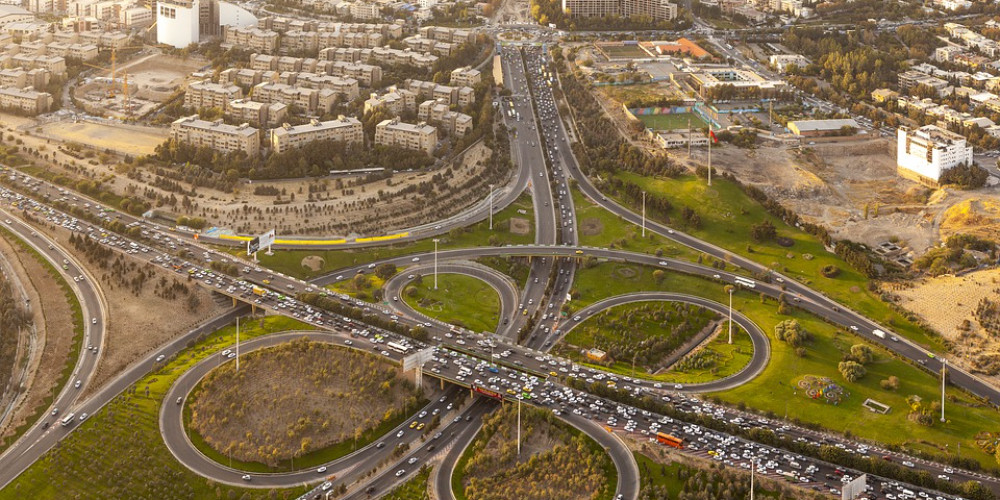 “Travelling makes you speechless and then turns you into a storyteller”. Travelling has a huge advantage in our lives because visiting various places all over the world can broaden the horizon of our thinking; it makes us experience, accept different cultures and makes our life adventurous. Being a travelling Instagrammer, I am always on a hunt to visit and photograph places that draw interest from my followers. I prefer to visit unique places that are not usually visited and are rarely brought to the limelight, and for precisely this reason, I ended up in Tehran, Iran. The complete log of my travel to Tehran Iran, is amazing, and consequently, one of my most liked Instagram photos was taken in Tehran. Despite my prejudices and fear of different aspects, the trip turned out to be a life-altering experience that has taught me many new things and has helped me in accepting a culture that I previously despised and was scared of. This article that I have penned down lists my top favourite must see places in Tehran, Iran.

So, first and foremost, where is Tehran? Tehran is the capital of Iran which is located in South Asia. According to the most recent census, around 9 million people call it their home, and it is the 24th most populated city in the world. Being the capital of the country, Tehran is the cultural, political and industrial hub as well. Most of the residents speak/communicate in English as it is the most commonly spoken language in the country. It is believed by historians that the word Tehran means “the hot place”, and the city lives up to its name. There are beautiful landmarks all over the city, which are both historical and contemporary. There are tons of Instagrammable places in the city, which are a huge attraction for travelling bloggers. The cuisine of the country is absolutely amazing and mouthwatering and makes you want more and more. The people of the city are welcoming, pleasant and hospitable.

Iran is predominantly a Muslim Shiite country where most of the population speak the Persian language. The country has a rich history dating back aeons which reflected in amazing must see places in Tehran. It has massive oil and gas reserves, which are a contributing factor to the country’s important role in international politics. Contrary to popular belief, it is fairly easy to travel to Tehran, Iran, and it is an extremely safe place for travellers (solo or in a group). Some tourists go as far as to call it the safest city in the world as the crime rate is extremely low.

Getting a visa to travel to Iran, is quite easy and can be obtained from an Iranian embassy. There are many countries that have been granted visa-free entry in the country. Since 2011, the Iranian government made it compulsory for tourists to have travel insurance. Visa applicants have to pay between 10 to 150 euros for an Iranian visa (the fee depends upon the nationality of the applicant). All you need to provide are legitimate papers, and you are set to view must see places in Tehran.

The National Museum of Iran holds the honour of being one of the best in the world, owing to its amazing display of ancient and contemporary artefacts. Spread over a vast area of more than 20000 square meters, it has two main centres dedicated to ancient Iranian culture and contemporary culture, respectively. It has on display more than 300,000 items ranging from art pieces, ancient and contemporary pottery, ancient texts, calligraphy, statues and ideal Instagrammable places. For travellers who want to understand the ancient and the modern culture of the country, this a definite treat and perhaps will become the most liked Instagram photo.

The 24th tallest freestanding structure and 6th tallest tower in the world – Milad Tower, is situated in Tehran. It was completed in 2007 and has reshaped the skyline of the city in many ways. Standing at 435 meters tall, it is visible from anywhere in Tehran. When you travel to Iran, it is a sight that you cannot miss and, in my opinion, it is one of the best Instagrammable places in the city. It gives a beautiful view of the city at sunrise and sunset, which is worth every second spent there. Other than that, where is Tehran, shops, concert halls and hotels in the complex that add to the experience?

Originally known as the Shahyad Tower, the tower was built to pay homage to the monarchy, but the name was changed to Azadi Tower after the Islamic Revolution in the 1970s. It is situated in the Azadi Cultural Complex, where there is a small museum as well. The architecture of the tower is a treat for people who enjoy traditional Iranian architecture. Azadi Tower is still used as a place for demonstrations, especially during the elections and on top of places to visit in Tehran.

Located at the base of the Alborz Mountains, it is a beautiful park full of local flora and fauna with the potential to provide you with the most liked Instagram photo. Due to the height of its location, the park provides a beautiful view of the city of Tehran. It is a quiet and serene place away from the hustle and bustle of Tehran. You can drink a cup of tea there while enjoying the picturesque scenery.

The Golestan Palace is perhaps the best and most magnificent example of Iranian art and architecture. It is a symbol of the wealth and architectural expertise of the people of Iran since old times. It is a display of the wealth of the Qajar kings who ruled for years. It is also a UNESCO World Heritage Site. There are beautiful halls in the complex whose walls are adorned with beautiful mirror work and paintings depicting the history of the Qajar Era and later periods. The place also is the house of the famous Takht e Marmar (Marble Throne). It is a tourist site that cannot be missed by photography enthusiast when travelling to Tehran.

A ski and mountain resort located in the Alborz Mountain Range - Mount Tochal has a ski track that is 12 km long. A favourite of the residents and tourists alike, it is quite busy during the peak season. There are many other recreational facilities available at the Tochal Complex, such as a gondola lift, hotels and restaurants.

If you travel to Iran, then you must buy local artefacts, and one of the best places to buy them from is the Tajrish Bazaar. Being a traditional marketplace, it has everything that you could possibly need to buy. You can find there both the shops selling cultural souvenirs and the shops selling somewhat modern relics related to Iranian culture. There is a very good street food culture in the Bazaar that gives you a taste of true Iranian cuisine while wandering around the places to visit in Tehran.

Located inside the compound of the Central Bank of Iran, this museum houses one of the most unique, priceless and magnificent jewellery displays in the world. It is home to the crown jewels of Iran, which are legendary all over the world. In its coffers, the museum also holds the world’s largest uncut ruby. Another famous attraction of the museum is the 182-carat pink diamond called the Daria-i-Noor. Other than that, there is the crown jewellery worn by the last shahs of Iran before the Islamic revolution in the 1970s. The artefacts of the treasury are a true depiction of the impeccable craft of the Iranian jewellers and places to visit in Tehran.

is in close proximity to the Tajrish Bazaar mentioned above. A royal complex built for the Qajar and the Pahlavis, it is an embodiment of the wealth and grandiose of the Iranian royalty. This complex is spread over a vast area and has beautiful gardens, historic buildings and museums while playing a popular role among tourist places in Tehran. The various palaces built for the royals now function as museums that display furniture and artefacts used by the royals.

Grand Bazaar is the oldest marketplace in the city, as it is spread over more than ten kilometres. Various sections of the bazaar specialize in different types of merchandise. Since it is so large, there are multiple entrances to the complex. For people looking to buy the famous Iranian carpets, this is a must-visit place as the quality and types of designs found here are unmatched. Travelling to Tehran is fairly easy and a very pleasant adventure that I definitely recommend to all travelling enthusiasts. It is especially recommended for people who revel in exotic sightseeing, are open to trying out new cuisines and love to get to know about other religions. The places mentioned above are just a of the amazing tourist places in Tehran, so travel to Tehran, Iran and have an experience of a lifetime! Happy and safe travels!