Reasons why you should travel to Iran right now 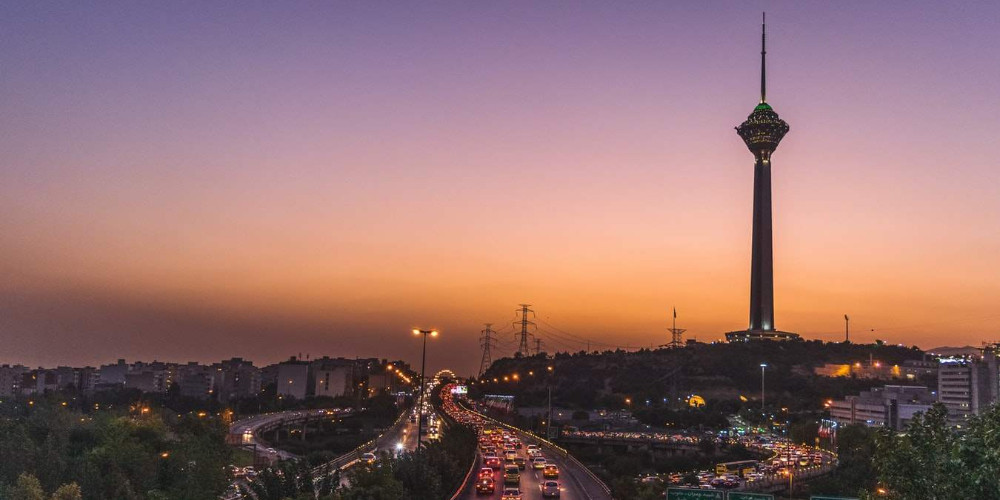 People travel around the world; all have different reasons to travel to Iran, and the choice priority is one of its main components - the reason for travel.

Let's consider 16 reasons why you should travel to Iran, Tehran right now. 16 is an impressive number, as in numerology the number 16 is the freedom of choice, which means there is something to choose from.

When people ask, "Where have you been? What have you seen?" they suddenly have a lively interest in Iran (an important reason, and certainly not the first to go on a trip to this country, but it is not the last). People who have been in Iran once want to go there again to the new cities - this is the second reason. After visiting Iran in addition to souvenirs to bring, there is an experience for life - this is the third reason. The next reason, if you even go for a few days, you will see and learn more than in a trip to the countries promoted for tourism. The fifth, perhaps, the most vital reason: to plunge into the world not only of Iran but also closed to the most, a white spot of the unknown Islamic world, to feel the closeness of authentic Afghanistan and all of Persia because the Republic of Iran is the centre of this world. And about other reasons, not less significant, but so exciting and surprising we will talk already further.

To see the national treasure of Iran - the largest pink diamond in the world, weighing 43 kilograms. Try various Persian desserts in the confectioneries. Walk among the blossoming gardens of oases. Visit the U.S. Embassy and see the secret rooms of the intelligence services and much more. Visit the place of the oldest religion on earth. See the date gardens. Go to the mountains, get acquainted with the life of nomads. Go to the carpet market. See the luxurious marble palaces and minarets. Travel around Iran for one week, every day learning new things. Visit the ancient bazaars, get acquainted with the oldest crafts. Early in the morning, go to the Pink Mosque to see how sunlight passes through the glass of multicoloured mosaics, pouring the floor with fancy coloured drawings. Get acquainted with the subtleties of Islamic architecture. And to complete the list of reasons is the simplest: more you travel, more you will be interesting to yourself, your family and those around you.

Iran is a country where people do not go and travel often. It is not Europe or the old or new world, about which everyone knows almost everything, and where many people have visited. This is Iran!

Iran is an exciting country with its culture, traditions, nature, people, a country with its own rules, orders, which is worth visiting if you want to find something else in your trip. Iran is a peaceful and friendly country. Iran starts already on the plane if you fly by Iranian Airlines. There the stewardesses are dressed by the rules of this country and flying over Iran in the afternoon, in good weather, you can see a chain of mighty rocky, snow-covered mountains, which immediately gives greatness and rigour to the state.

Where is Iran? Iran on the world map is located in western Asia. It borders on the Caspian Sea in the north and the Indian Ocean seas (the Persian Gulf and the Arabian Sea) in the south. It touches on land in the west with Iraq and Turkey, in the north with Azerbaijan, Turkmenistan, in the east with Afghanistan and Pakistan.

Currently, Iran is strongly developing as a tourist country. The country has four tourist seasons. And there are four different climatic zones: average humid, hot and dry, cold mountainous, hot and humid climates. Here come travellers and tourists from all over the world to explore Iran with its centuries-old culture while travelling through this once closed unique Asian country. You can also travel to Iran on your own, but there will be difficulties. Travelling through the cities and orientating in new places is difficult, few people speak English, signs are written in Farsi, sometimes they are absent. Google translator will not help you here, as the Farsi language has many dialects, and Google will get confused.

To move around by yourself, you need to get acquainted with everything: to think over travel routes and understand all the nuances of this country. However, all major tourist cities have information centres and local guides. So why to face difficulties? It is better to buy a tour where everything is included: guides, transfers, hotels, breakfasts, lunches and dinners. There is a wide range of tours in Iran, and they are diverse. Short tours take around 4 days, and long trips cover a week or more. Tours in Iran are thematic: religion, art, history, nature. Iran is home to 19 UNESCO heritage sites, so there is something to see and places to visit in Iran.

Recently the country started developing signature tours for tourists. These tours offer a clear and well-thought-out route both for an individual and for small tourist groups. The advantage of the signature tours is that transport, hotels, tickets to museums and so on are already paid for, and included in the total cost.

Ethnographic tours are for those who want to visit the hinterland to see how people live without changing their lifestyle for centuries. It is not in the usual tourist program.

Tour route: Tehran - Shiraz - Persepol - Yazd - Nain - Isfahan - Abyane - Kashan. Acquaintance begins with the capital of Iran, the city of Tehran. During this tour, you will visit the Garden of Eden in Shiraz, the ancient capital of Yazd, located in the centre of the country. Also, you will visit the centre of Iranian carpet weaving - a suburb of Nain - with the opportunity to buy a real Persian handmade carpet. The route is about 8 days, and you will not be bored.

It is a short tour around one of the most interesting Iranian cities - Isfahan. Persian cultural heritage is traced, manifested very vividly in palaces, mosques, bazaars, numerous craft shops. Explore the Nakhsh e Jahsh Square, called the "Portrait of Peace", then the Imam Mosque with its stunning acoustics, where a local mule sings famous motifs of the Koran.

Tours in Iran can also be considered on the sides of the world: the North, South, West, East.

See the fabulous Shiraz and the ruins of Persepolis, Zoroastrian Yazd, the shrine of one of the oldest religions, the ancient Kermanshah and Hamad on the great Silk Road.

Tour from Tehran to the Persian Gulf from North to South

The route thread leads to Qeshm Island in the Persian Gulf. You will visit all the climatic zones of the country and see its diversity.

Tours to Qeshm and Kish Island

Qeshm and Kish are two islands located in the south of Iran. Persian Gulf coast - beach holidays, azure water, summer all year round.

Qeshm is an excellent destination for those who are used to rest on an all-inclusive principle, a quiet, measured beach vacation. Qeshm is a special economic zone. There is something to buy here, and it is cheaper than on the continent.

The second island is Kish. It has an exotic nature; you should look for such an island! Moreover, it has a developed modern infrastructure, a variety of water attractions—closed beaches for women with children and several public beaches for men.

Visit unique parts of the country away from cities, to places where Iran people have lived for millennia in harmony with nature. To see areas of power, to visit the Mount Demavenda, about which there are legends, to see the life of nomads and even more.

Signature tours are also divided by months, and tour guides develop them themselves. Do not forget that Iran is the country of four seasons; each season is timed to one of these tours. They are very diverse: travel by jeep in the desert, in winter - skiing, Arab Iraq tours, the history of Persia, the most exciting cities of Iran, visiting places where ordinary tourists can not quickly get.

The official religion of Iran is Jafaris Shiism, which recognizes 12 imans. The vast majority of the country's residents are Muslims - 98%, 90% are Shiites, 8% are Sunnis. The remaining 2% are Christians, Jews, Zoroastrians, Mandeans, Sikhs.

There are about 300 thousand Christians in the country, mostly Assyrians. There are small groups of Orthodox Christians and about 600 Christian temples.

Judaism is professed by Iranian Jews, whose number is about 10 thousand people, compactly living in large cities. At the same time, more Jews live in Iran than in any other Muslim country.

Iranians are hospitable Iran people, and they help tourists in every way: if you get lost by car, the road can create a traffic jam, because cars stop, people are ready to help you. But they will zealously look for someone who speaks English. You are unlikely to be hanged or deceived; everything is very hospitable. But it is necessary to follow specific rules. Women must always and everywhere in Iran wear a headscarf and a cape to their knees. The rules are in power once you get off the plane. For men, there are also restrictions: shorts and a naked torso are not allowed. In Iran, there is a dry law; the consumption and transportation of alcoholic beverages on the territory is a crime. The rule applies to everyone, including tourists.