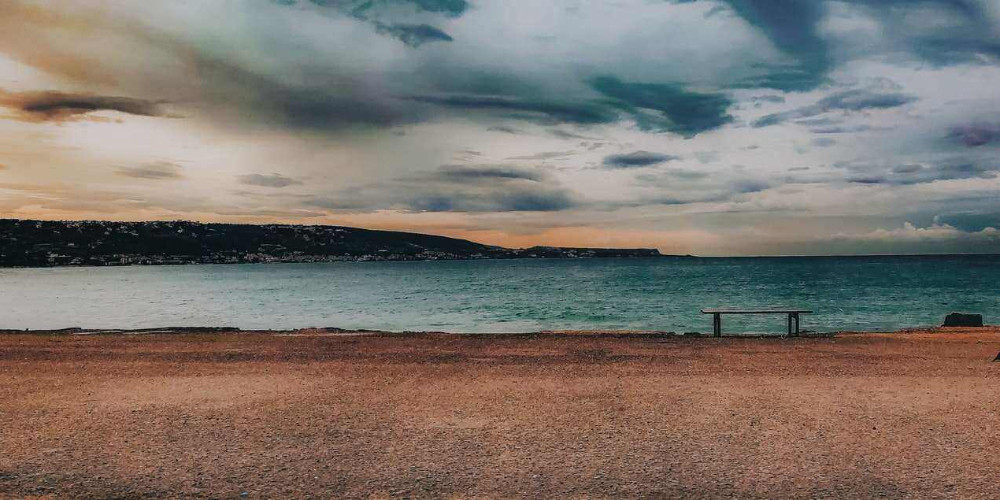 What do you recall when you hear the name of Tripoli? Tripoli is the second-largest city in Lebanon. Where is Tripoli? It is located in the northern part of Lebanon, where it is the main hub and the largest city in the region. Thanks to its amazing architecture, the city is full of Instagrammable sites to explore when you travel to Tripoli. It is a large port city located on the coasts of the Mediterranean Sea. Tripoli is an old city, which was founded around 700 BC. In this article, I will write about Instagrammable places, the most liked Instagram photo places, and places to visit in Tripoli Lebanon.  Below are the 12 Instagrammable places in Tripoli:

1. The Citadel of Raymond de Saint-Gilles

Also known as Qala'at Sanjil and Qala'at Tarablus, the Citadel of Raymond de Saint-Gilles is a fort located on a hilltop in Tripoli. It is the place where you can take the most liked Instagram photo in Tripoli. This Crusader fortress was originally built at the beginning of the twelfth century. It is an amazing place to enjoy the relics of the medieval ages. Make sure to have your camera by your side to take Instagrammable shots to decorate your social media accounts.

The Taynal Mosque is one of the main historic landmarks and one of the best places to visit in Tripoli. It was first introduced to Muslims in 1336. The architectural style of the mosque is referred to as Mamluk architecture. The mosque is situated on the left bank of the Kadisha River. Famous travellers in the Middle Ages wrote that it had strange and surprising architecture. To the north of the mosque, there is a rectangular gate with black and white stonework on the walls.

Rachid Karami International Fair is a large complex located on the western edge of Tripoli. It is the only fair operating under the Ministry of Economy and Trade in Lebanon. It has significance for the growth of the country's economy in the sense that the fair displays local, Arab, and foreign products. The fair aims to illustrate the growing economy of Lebanon, to contribute to the strengthening of the Lebanese companies, to exhibit the cultural aspects to attract foreign investment, and to strengthen the commercial ties among the Lebanese, Arab, and foreign businesses.

Being located on the northwest of Tripoli, the Palm Islands Nature Reserve covers about five square kilometres area with the inclusion of Sanani, Ramkine, and Palm Islands. It is an amazing opportunity to visit this protected area to see various natural beauties and unique animals. Palm Islands are the nesting site for migratory birds like the grey heron. Tourists can also watch endangered reptile species and turtles of the island with the presence of professional guides.

Located on-site of the old Phoenician city of Tripoli, El Mina is one of the Instagrammable places in the city. This independent coastal town features the harmony of the harbour and the Mediterranean Sea. One of the recommended activities is to grab your food and have a small picnic on the bench while enjoying the deep blue waters of the sea. You may also go kayaking and take a boat trip to Rabbit Island.

As you can expect from an Arabic city like Tripoli, there are souks in the city. These old markets will throw you into the medieval period. Most visitors consider the old souks as one of the best places to visit in Tripoli Lebanon. You will find nine old souks, such as Attareen and Bazerkan, in the city. You never know what beautiful things you will encounter there, so make sure you have a backpack to carry your new delicate stuff.

One of the most famous places to visit in Tripoli is Sultan Abdul Hamid Clocktower. It was built by the Ottomans around the years 1902-03. This relic of the Ottoman Empire was renovated in 1995. Today, the mechanical clock of the tower is working very well. This popular historical monument is located in Tall street.

8. Our Lady of Balamand Patriarchal Monastery

? It is at the intersection of various cultures. You will see that there are a lot of cathedrals and monasteries alongside mosques. The prime example is Our Lady of Balamand Patriarchal Monastery. Since the 17th century, it has been the centre of the Greek Orthodox Church of Antioch dedicated to the Virgin Mary and St George.

This functioning hammam is a living museum of Tripoli. With its architecture and dome, Al-Abd Hammam will remind you of the relics of Mamluks and Ottomans. Historians say that it was built at the end of the 17th century. Great Instagrammable pictures are a must in this historical landmark.

One of the best places to visit in Tripoli Lebanon is Souk Haraj. Located at the Hadeed district midway, the Souk Haraj covers an area of about two square kilometres. This 14th century Mamluk bazaar will mesmerize you with its incredible architecture. There are also granite columns supporting the ceiling, which historians regard as representative of the Roman and Byzantine structures. This historical masterpiece is a must-see when travelling to Tripoli, Lebanon.

Also known as the Great Mosque of Tripoli, Al Mansouri Mosque has significant historical importance. The Mamluks started the building process of this mosque in 1294-95. Historians claim that the construction ended in 1314. It is one of the great examples of ancient Islamic architecture. Certain elements of the mosque, such as the door and the minaret, have a great similarity to early Christian structure.

It is one of the main historical buildings in the city. Originally built as a hospital in the 14th century, Khan Al Khayattin serves as a famous souk. There are dozens of small shops specialized in women's clothing. From burkas to various leggings, female travellers can find unique things to buy and keep as a sweet memory from Tripoli.

How to travel to Tripoli?

The best way to get to Tripoli is by plane. There are many airway companies, such as Etihad and Qatar Airways, travelling from other major cities to Beirut-Rafic Hariri International Airport. The distance between Beirut and Tripoli is about 70 kilometres. You can take white Connexion minibuses from Charles Helou bus station in Beirut to the Abdel Hamid Karim Square in Tripoli. It takes about an hour and a half to go to Tripoli from Beirut. Citizens of most countries in Europe, North America, and Asia can have their visas issued on their arrival to Lebanon. Some countries enjoy even more freedom and can enter Lebanon without a visa, which are Bahrain, Jordan, Kuwait, Oman, Qatar, Saudi Arabia, and the UAE.

What is the best time to travel to Tripoli?

The climate in Lebanon is a Mediterranean climate, hence suggesting to us that summers are mostly dry. The best time to travel to Lebanon is early autumn and early spring. It is the time when the weather is not very dry. The milder weather and just the right temperature allow tourists to enjoy attractions without being hit by the hot weather. If you choose to go to Tripoli from October to December and from February to June, you can avoid drastically hot weather on summer days. It is also the time when there are no crowds in tourist attractions.

Is it safe to visit Tripoli?

The peace in Lebanon is not much stable. The security, even in very large cities like Tripoli, can be unpredictable. There are high possibilities of terrorist attacks, violent robberies, and kidnappings. In some cases, avoid exploring plains around the country, as there might be landmines and unexploded ordnance. The northern part of the country, where is Tripoli located, is also of concern for visitors. Bab al-Tabbaneh and Jabal Mohsen neighbourhoods in Tripoli are places of unstable security, from which inter-communal violence can ensue. Avoid visiting Palestinian refugee camps around Tripoli, as the safety situation is unpredictable. LGBTQ travellers should be very cautious when travelling to Lebanon.

In this blog, I tried to inform you more about places to visit in Tripoli. I write about Tripoli, which is the underrated one in comparison to the famous Tripoli in Libya. In this write-up, I addressed the following questions: Where is Tripoli? What is the place of the most liked Instagram photo in Tripoli? How to travel to Tripoli? What is the best time to travel to Tripoli? Is it safe to visit Tripoli? The 12 Instagrammable places to visit in Tripoli Lebanon are as follows: the Citadel of Raymond de Saint-Gilles, the Taynal Mosque, Rachid Karami International Fair, Palm Islands Nature Reserve, El Mina, the old souks, Sultan Abdul Hamid Clocltower, Our Lady of Balamand Patriarchal Monastery, Al-Abd Hammam, Souk Haraj, Al Mansouri Mosque, and Khan Al Khayattin.

Apply for any visa in two clicks!
Topics
Cities
Do you want to get a Lebanon visa easily?
Get your visa now 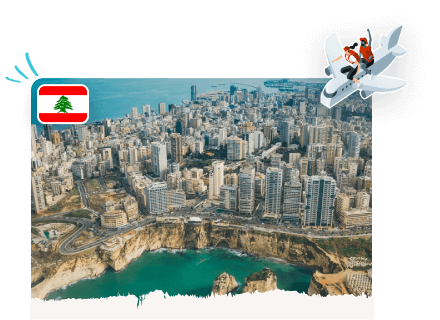