Most interesting facts about Western Sahara 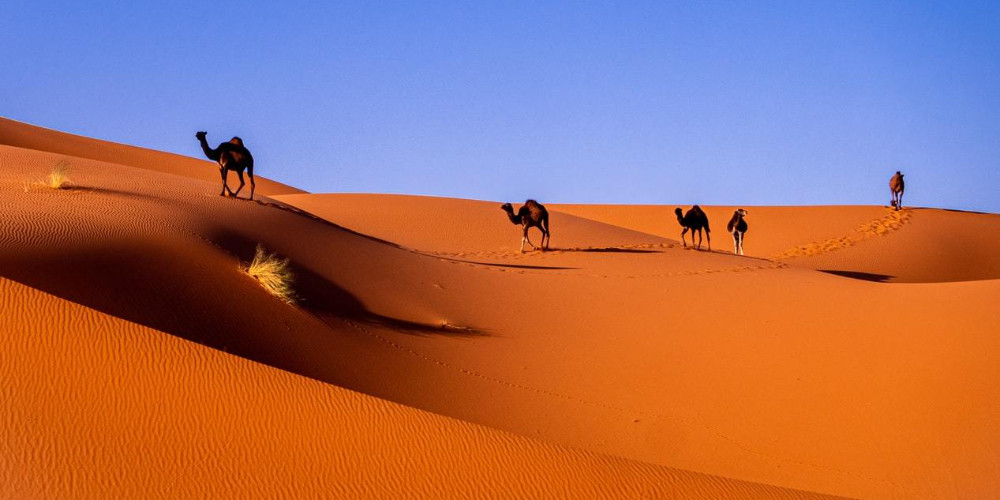 Where is Western Sahara?

How to reach Western Sahara?

Thankfully, Western Sahara has several airports - even though they have only one international airport at El Aaiun, many other small airports are in Smara and Dakhla. The good news is that flights come from Spain, the Canary Islands, and Morocco to Western Sahara.

Do you need a visa to enter Western Sahara?

Many people land at Western Sahara from Morocco, Spain, or Mauritania via flight - and since most of the region is controlled by Morocco, their visa requirements are the same as that of Morocco.  That means you don’t need a visa if you are from the following countries - Australia, New Zealand, Europe, United Kingdom, United States, or Canada - and you can stay in the region visa-free for 90 days. People of other nationalities will need to check up in advance for visa requirements, if any.

What’s the arrival and departure process in Western Sahara like?

No matter which airport you land up in, there will always be an immigration check. Fret not, this is a standard procedure, and it will be quick, and then, you can be on your way. As for taxis and drivers, they will be stationed outside the airport - they are an easy find. In short, arrival and departure at the airports will be easy and quick, as there are only a few flights per day.

What is Western Sahara’s currency?

What is the capital of Western Sahara?

What is the Western Sahara language?

is Hassaniya - it’s an Arabic dialect - the Sahrawi also adopts this dialect in the refugee camps. Also, note that a little Spanish, French, and Moroccan Arabic are spoken amongst a few small cities. As for English, very little is spoken - but Western Sahara people are friendly, and they will do their best to communicate with you. All of these must be making you wonder - “Should you visit Western Sahara? Is it really interesting?” Ha! This is where you are wrong! Not only is Western Sahara unique, but it also deserves a place worth adding to your bucket list.  Don’t get us wrong - Western Sahara may not be officially recognized as a country, but it sure is interesting and has a lot to offer!

One of the unknown Western Sahara facts is that Western Sahara was known as Spanish Sahara. This was because the land belonged to the Spaniards, but they soon gave up the land due to colonial pressure, but Morocco, however, claimed the land for themselves. This incident of Morocco claiming the land for themselves is known as “Green March”, where thousands of Morocco’s people walked into this territory of Spanish Sahara to claim the land for themselves. There’s a monument, or rather steel, right at the border that marks this historic event. The structure is distinct and epic, and even though the event itself is described on the monument in Arabic, it’s still worth a visit.

- considered to be the most important city in Western Sahara, Laayoune is also the capital of Western Sahara. Looking at Laayoune, one can rightly determine its importance to Western Sahara. Stepping into Laayoune, it feels like one has just stepped back in time - the city itself is full of hundreds of lanes, each one different than the other. Lined with buildings with pastel hues, one can take a stroll through the alleys and be reminded of its history. That’s not all - dunes surround the city, Laayoune itself, so one can drive out the city and head off to the world of dunes - you can start up a tea discussion and chat up with the locals until sunset.

Did you know that there’s a renowned city to the south of Western Sahara? That’s Boujdour for you - located to the south of Western Sahara, Boujdour is a port city and is renowned for its vintage lighthouse that dates back to the time of the Portuguese settlers. Though, take note that one can’t visit the lighthouse as a military base surrounds it, but one can take the majestic view of the lighthouse from a few distances away. Now, let’s talk about Boujdour - it being a port city, one can see the native Sahrawi loading and offloading cartons of fish at any time of the day. There are various restaurants and road stalls near the port city that makes use of the fish. With fish as fresh as these and from the sea, there’s no stopping you from trying the fish dishes and make your belly full.

If Laayoune is the capital and administrative section of Western Sahara, then Dakhla is its fun and party counterpart. Known as the second biggest city in Western Sahara, Dakhla has a life of its own - after all, there are a whole lot of things to do and enjoy at Dakhla! There are many water sports schools - there, one can go and surf to their heart’s content.  Also, did you know you can play desert golf at Dakhla? Yep, that’s right - you can try your hand at desert golfing! And unwind from your daily activities at the many bars that are present in Dakhla.

What are the White Dunes?

One of the interesting Western Sahara facts is that Dakhla is home to the White Dune - it is so-called because the desert is surrounded by water, which polished the sand grains.  This polishing of the sand grains by water is what created these white dunes, known as “White Dunes” - one can climb the dunes and view the local flamingoes and other such birds.

What is Ostrich Farm all about?

Did you know that Dakhla is also home to a majestic ostrich farm? Okay, you won’t get to ride the ostriches from this farm like in North Korea, but here, you get the chance to play with the ostriches. Just be careful not to provoke them, or they may bite off your finger!

This Hot spring is different!

One of the other interesting facts about Western Sahara is that they have a thermal spring, but how they use it is what makes them different and interesting. The thermal spring you are going to find at Dakhla itself. Here, the hot spring is under the ground, and is linked by a massive hose, and is brought to the surface. One will need to undress to the undies or change into swimwear - the local will, then, blast you with a high-pressure jet. Mind you, the pressure is very strong, but it doesn’t hurt and will massage both your back and front. A word of warning - if you try to stand up while the treatment is going, you will get punched away by the blast of water. That’s strong the pressure is!

It’s unique, yes, but it’s an interesting Western Sahara’s fact - they make some of the best clam dishes around! Travel to Dakhla, and you will get treated to some of the best clam dishes - in the city, the clams are picked right up from the sea, and then, out on your platter, they show up. Complementary dishes include cuisines made from fresh fish such as fried fish, fish curry, and fish pickles, to name a few. 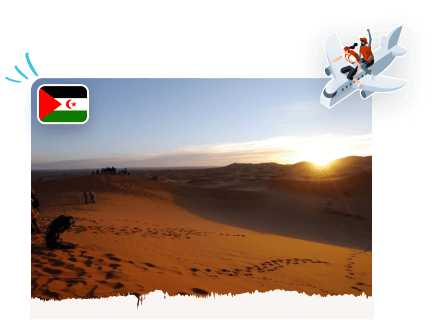