Look at the northern lights. A trip to Lapland 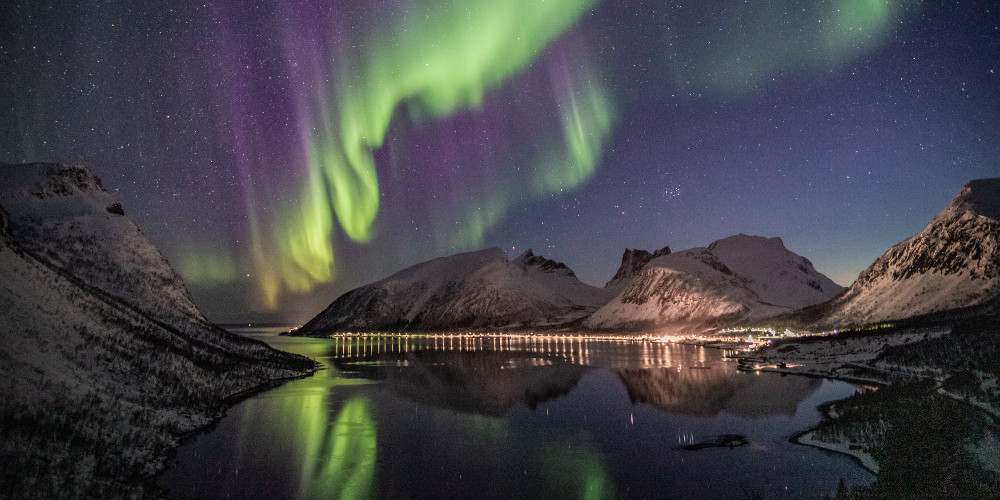 Maybe each year, as winter approaches, each of us wants to travel to Santa Claus home town, a world of fairy-tale covered with white. After doing a little research, we think that this will always remain a dream. Yes, going to Lapland is not financially manageable. After seeing the tour cost starting from 1200-1800 USD per person offered by the tour companies, each of us thinks does it worth that money.

In this article, I am going to talk about the "where is Lapland" and ways to get to Lapland, the costs, and the northern lights. Maybe you can arrange your trip to Lapland yourself, not with the tour company, and make it cheaper.

Let me first clarify an issue that is wrong about Lapland: Lapland is not just Finland. That is, Lapland does not mean Finland. The territory called Lapland covers the Arctic Circle, which includes Finland, Sweden, Norway, and the northern regions of Russia. Sami race leaves in these territories. Sami, a member of the Finno-Ugric language family, is engaged in hunting, fishing, and reindeer shepherding. Although other areas are also Lapland, Lapland of Finland is the leading tourist destination. Rovaniemi is the capital of the Lapland region. The interest in the Santa Claus Village and Santa Park theme parks in Rovaniemi makes the place a famous tourist attraction. According to legend, Santa Claus was born about 170 km from Rovaniemi in the mountains of Korvatunturi, and Santa’s house is located in the Santa Claus Village theme park, which attracts great interest from tourists. There you can meet Santa and take a picture and even send a letter from Santa’s mail to the address you want. You can also go hiking with a husky or the reindeer in the park.

When to go to Rovaniemi?

If you want to live in the winter fairy tale in Lapland, then go there between December and March. Since December is the primary tourist season for Christmas and New Year, prices are very high. Prices are falling from February to August.

How to get to Rovaniemi?

First, I would like to note that Finland is a Schengen area, and it is necessary to have a Schengen visa. There are many ways to travel to Rovaniemi. As there are no direct flights to Rovaniemi, you can go to Rovaniemi from Helsinki by plane, bus or train. Another option is to go to Tallinn, then go to Helsinki by boat and from there to Rovaniemi. It is 1 hour 15 minutes by plane from Helsinki to Rovaniemi. It is 12 hours by train. You can fly from Helsinki to Rovaniemi by FinnAir airlines. Bus prices are 35 euros per person, and train prices range between 80-120 euros per person, depending on the coupe. It is advisable to buy train tickets for one or two months in advance, as there is high demand. You can purchase train tickets online at www.vr.fi.

What should we wear in Lapland?

The temperature in Lapland is -20 degrees, then this is a separate topic to discuss for Lapland. Of course, you cannot go there just in jeans, high-heels, or puffers. There is a dress code, which is based on many layers of clothing. However, it should not be ordinary clothes, but unique clothing with thermal insulation that is waterproof. Pay attention that the clothes have a perspiration resistance. It is best to wear jackets and socks made of wool.

Where to stay in Lapland?

The main thing is to choose a place to stay. It is best to find a hotel or a home where you can stay in Lapland at least 3-4 months in advance. There are several options for accommodation from expensive to cheap in Lapland. Of course, if your budget allows, you can stay in igloo hotels if you want to spend the night under the northern lights. Prices for those hotels range from 300-400 euros per night. These hotels are usually a bit outside the city centre to see the northern lights more clearly. If you want to stay close to the destinations, you can choose the hotels in the Santa Claus Holiday Village theme park. Prices start from 200 euros. There is also a more affordable option to rent a hotel, hostel, or home in the city centre. You can book a room in a hotel or rental house for the night from 80-90 euros. The only problem is that you have to watch the bus hours to get to Santa’s theme park.

What to do in Lapland?

The list of things to do in Lapland includes hiking with northern reindeer and huskies, visiting Santa’s house, watching northern lights, and fishing in frozen lakes, etc. There are safari tours with both reindeer and husky in one of the best places to see in Lapland Santa Claus Village. Prices for these tours vary depending on the distance. Tours with reindeer start from 18 euros per person. Husky safari tours start at 30 euros per person.

What are the polar lights?

The northern lights, the scientifically called aurora borealis, is a natural phenomenon that most tourists in Lapland want to see. This natural phenomenon, known as the polar light, is the natural light generated by the interaction of particles from the sun with the earth’s magnetic field. Where can these polar lights be seen? Which season is better to see them? Polar lights can be seen in areas around the pole. The further you go north, the higher your chances of seeing the auroras. These areas include Finland, Norway, Sweden, Iceland, northern regions of Russia, northern Canada, and the coast of Caithness, Scotland. The polar lights could be seen up to 200 nights a year in Lapland of Finland. Northern lights appear most often between October and March. However, the most favourable season is October and March, as you can see the polar lights easily in the clear sky before the cold, snowy winter nights. There is a little chance of cloudy nights as March is the end of winter.

I hope the information I give you will help you to plan your trip to Lapland.