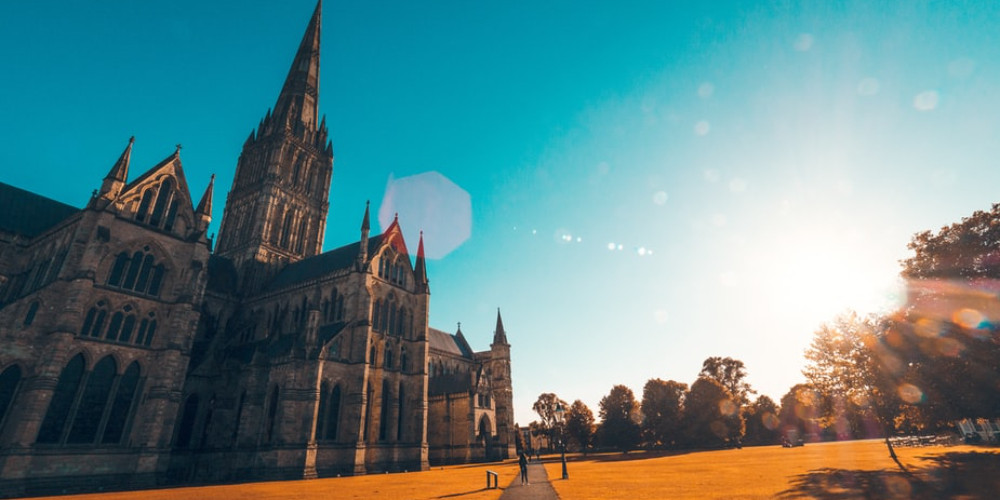 Time travel is a childhood dream of millions of people. Of course, it is not possible, but we can feel the old days' atmosphere by visiting ancient towers, buildings, churches, and so on. Almost all countries have such kinds of architectural and cultural treasures, and the United Kingdom is no exception. In this blog, you will learn how ancient towers were built: the most famous ancient towers, old Norman church towers in the UK, and more.

There are several Norman churches in England, and Saint Michael and All Angels Church is one of the best-preserved ancient Norman church towers in the UK. The historical background of St Michael & All Angels Church is a total mystery. We know that it was an Anglo-Saxon settlement, but there is not any connection to other monasteries. Historical data shows that the structure belongs to the 12th century, and the first owners were the Geoffrey family. The most attractive characteristic of St Michael & All Angels Church is carvings on walls and illustrations. Interestingly, most of those carvings are cat faces. Keep in mind to capture some photos inside the cathedral during travel to United Kingdom.

The Broch of Mousa is in Scotland on a small island named Shetland. It is one of the best-preserved world oldest towers. The tower belongs to the 1st century BC and is known as the tallest, still standing broch in the world. The Broch of Mousa is 13.5 meters high and accessible only from the gate at ground level. How were ancient towers built? Investigations in the field showed that it is made of dry stone (mortar is not used). The building attracts people of various interests, such as tourists, archaeologists, bird lovers, and more. Tourists love to visit and take some Instagram photos in front of the broch. The Broch of Mousa is a favourite destination of bird fans because it is the breeding site of European storm petrels. Summer nights are the best time to observe these birds. There are almost 7000 breeding pairs on the island in total. Besides, plenty of archaeological researches took place in the tower and around it. Archaeologists found plenty of various animal bones, pots, and pottery. Although there was massive renovation work between 1967 and 1980, the government has new renovation plans.

The second building in our ancient towers in the UK list is Multangular Tower in York. The tower is located in York Museum Gardens that is why it attracts more visitors compared to many other historical places in York. How were ancient towers built? It had a wood foundation created by the Ninth Legion between 71 and 74 AD, but after that, many additions took place in the building foundation and walls. The Multangular Tower is one of few Roman heritages in York that still stand on the ground. The Multangular Tower is the western corner tower of the Roman fortress. In the past, it had another name. The modern name was given to the keep because it has ten sides. The structure was used effectively after the Roman period, too. For example, during the English Civil War, it was used to defend the city. You can see holes on the wall that were made by a cannonball during this period. After discovering the structure, you can go to wander in the park, observe rich biodiversity, and visit other historical spots in the area.

Scotland is one of the best countries for tourists who desire to visit the world oldest towers. There are plenty of mesmerizing historical treasures that we can mention, and St Rule is one of them. St Rule belongs to the 12th century, and it is 30 m in height, 119 m in length, and 51 m in width. When we talk about St Rule, we should mention the St Andrews Cathedral. Initially, the tower was part of the cathedral and stands on church ground. In previous times citizens used St Rule as a church, too. Also, there is a cemetery, which can be exciting to visit. Tens of mathematicians, scientists, government members, and more were buried here. Besides having historical and religious value, it has a charming atmosphere. Locating on the seashore and surrounding by green area makes St Rule one of the best destinations to visit in your travel to United Kingdom.

Another fascinating place to visit during your travel to United Kingdom is Anglian Tower. You will find this structure in North Yorkshire. As we mentioned above, there are many historical spots next to the York Museum Gardens, and Anglian Tower is one of them. It is very near to the gardens so you can travel on foot. Other historical places, such as workers, found it by chance while making a tunnel from St Leonard's Place to Mint Yard in 1839. Unfortunately, limited excavations took place in the area, so the buildings' function is still a mystery. Many people believe that it was just a gate to city walls and others think that citizens used it as a watchtower.

Another example of ancient norman church towers in the UK is St Edward. Although it belongs to the 11 century, it is in good condition. The main reason for this is massive renovations that took place in different centuries. Those restorations added another characteristic side to the structure. Nowadays, you can see the mix of various architectural styles in the church because of those works. Also, historians believe that previously there was another old wooden Saxon church in St Edward's church. Three things make this holy place attractive for tourists: architectural beauty, historical value, and charming door. You will find that beautiful door on the north side of the cathedral. The trees and leaves that cover the gateway create an excellent background for photos.

One of the most famous ancient towers in England (also one of the world's oldest towers) is the White Tower. It served many lords and kings throughout history and witnessed hundreds of historical events. The keep belongs to the 11th century and consists of three parts: a basement floor, an entrance level, and an upper floor. Such as in other Norman structures, the entrance was above the ground. Although the original building's construction dates back to the 11th century, many parts were changed during the renovation works. We can see most of those interior design changes (mostly belongs to the 18th century). However, there were not many changes in layout since the first construction day. The Tower of London is one of the most visited spots in England. 2019 data shows that the number of visitors was more than 2.9 million.

is the oldest church and building in the entire Cambridgeshire. Historians estimate that it belongs to the ten century. The church is famous for its bells and tower. It has six bells, and the oldest one has more than 450 years (the bell louvres were added much after the construction). The cathedral is named after Saint Benedict of Nursia, the founder of Benedict's monasticism order. There are many different opinions about the church's original name because people have written it in various forms. So today most well-known names are St Benedict and St Benet. Where is St Benet's Church? It is on the south side of Benet Street, next to Corpus Christi College. As one of the famous ancient towers in Great Britain, it attracts thousands of tourists every year. If you want to be one of them, add St Benet's Church to your trip list.

The next structure in our list is St Michael. St Michael is the church in central Oxford (in Cornmarket Street, at the junction with Ship Street). Having one of the most ancient towers in the UK adds fame to the fame of the church. The structure belongs to the mid 11 century, and the tower was also built during that period (it is the oldest building of the entire Oxford). Like many other towers in England, it has a Saxon architectural style. Also, St Michael is the city church of Oxford. Before St Michael, two other cathedrals held St Martin's Church and All Saints' Church. But the government demolished one of them, and another one turned into the library.

The last place on our list is Exeter Cathedral. Construction of the cathedral began in 1112 and lasted till 1400 with intervals. Most cathed parts were built in the first years of construction (especially two towers and some part of the wall). Both of the buildings have heavy bells. The north tower has the heaviest bell (called Peter), which weighs 4.1 tonnes. Besides the towers, Exeter Cathedral has a charming internal design that will hypnotize you from first sight.

Topics
Apply for any visa in two clicks!
Countries
Do you want to get a United Kingdom visa easily?
Get your visa now