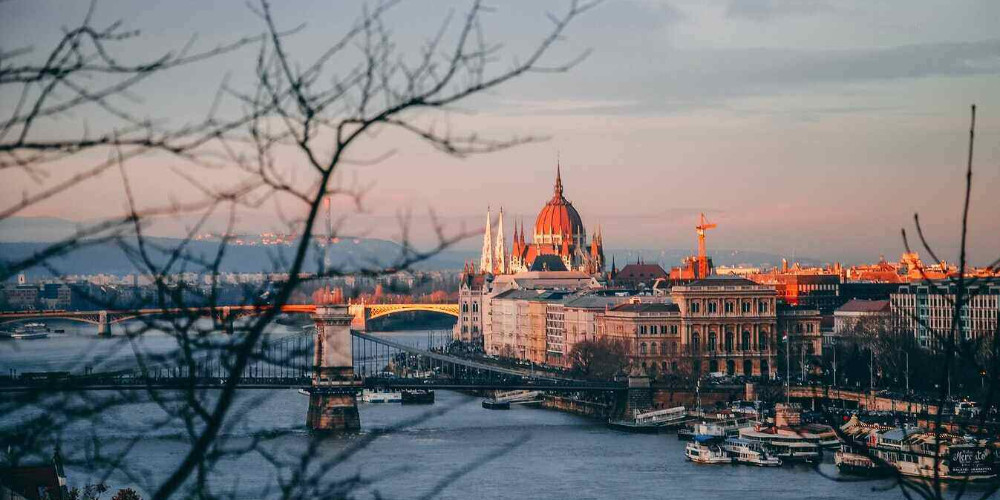 Best parks in Budapest for a picnic

View of a beautiful Bottomless Lake

Probably when the name of Budapest pops ups, you will not ask where is Budapest as you for sure heard about this city. Budapest, the Paris of East Europe, is the capital of Hungary. The capital is one of the best places for a city trip, and it is worth travel to Budapest. You can see and experience Hungarian culture, history, sightseeing, shopping, cuisine, bars, and hot spas in this Danube city. Where is Budapest? As already became apparent, the city is located on both sides of the Danube in Hungary. It has more than 1.7 million population and eight great bridges! Those bridges connect two parts of the city: Buda and Pest, which were different cities in the past. What to do in Budapest? The first thing to do when you travel to Hungary might be to visit the beautiful Budapest bridges over the Danube, walk in the historical streets, go to magnificent museums, experience spas, or have a picnic in one of the best parks in Budapest.

If you have had a lot of the hustle and bustle of Budapest already and feel it would be nice to put on your shoes and involve yourself in the shade of the trees, you do not necessarily have to go as far as you might think when you travel to Budapest. Fortunately, there are plenty of opportunities to recharge in the dynamic capital of Hungary. Of these, I now present the best parks for a picnic in Budapest, which you can visit any time if you want to enjoy a little peace and green environment. Nature and our connection to it is a strong living need in all of us. No wonder even urban life would be unthinkable without trees, grasslands, and parks. The role of parks is particularly important in a metropolitan environment like Budapest. They cool the city, the shade of the trees serves as a real refuge on hot summer days, and most importantly, the parks are great spots to have a picnic. The parks in Budapest will have significant effects on your mental and physical well-being. The green foliage and the chirping of birds have a calming effect on the nervous system, reducing stress, helping with concentration, and providing the perfect terrain for sports, as there is a deep-rooted connection between the human soul and mother nature.

Here is the list of the best parks in Budapest:

The first among the most popular parks in Budapest is the multifunctional Margaret Island, where you can run, have fun, play baseball, walk with a dog, basically do anything that comes to mind. Besides, it is among the best parks for a picnic. The park becomes even more beautiful in spring. The musical fountain is particularly pretty, and you can even spend an entire night next to it. Where is Budapest? On the banks of the Danube. So, Margaret Island stretches between Margaret and the IV Arpad Bridges. The island is named after Bela's daughter, Princess Margaret, and it is the headquarters of peace and tranquillity in Budapest by providing a green-rich escape from the everyday treadmill. Apart from possible small crimes, the island has no danger; it is not boring, as it will provide dozens of recreational opportunities for you when you travel to Hungary. Groups of friends can have a picnic on the grass or relax in one of the Danube restaurants. Sports enthusiasts will find a swimming pool, beach, running track, and street workout track. And families should visit the musical fountain or petting zoo.

It is a part of the 1st district of Budapest. It was once an independent settlement, then became part of Buda, and finally Budapest. It was full of densely built one and two-story houses until the 1930s. By the turn of the 19th century, it had become a romantic quarter full of nightclubs, restaurants, and wine bars. Then the wars destroyed its territory, and there was no chance to build a new part of the city. Subsequently, the area was landscaped as a park in the 1960s. If you ask about what to do in Budapest, consider visiting this place, too.

View of a beautiful Bottomless Lake

Among the plenty of stones, it is a pleasure to come across a place like Bottomless Lake. A real recharge to take a walk in the park, watch the ducks on the lake, lie down on the grass. Meanwhile, you can marvel at the towers of the neighbouring St. Imre Cistercian Church. The park also offers opportunities for exercise: there is a tennis court, a running track, and a street workout track for the harder ones. And for those who would like a drink splash or a Balkan - style hamburger, in the nearby cafes, you can taste one. The legendary place is a real outdoor meeting point for the people of Budapest or anyone who would settle under a colourful awning with a child, friend, or dog.

Obuda is an island in the Danube, Budapest's III administrative area of the district. It is a popular excursion destination, but it gained more recognition not only because of it but also because of the Sziget Festival, which has been held here every year since 1993. It is one of the must-see places that you should see when you travel to Budapest. Today, a great part of the island is a recreation park, where you can see ornamental shrubs and flowers. The northern tip of the island is the most famous waterbird migration stop in the area. In its more or less original state, only a 1.5 km long softwood floodplain forest running along the west coast of the island remains. The massive load associated with concerts, festivals, and running competitions is not good for the flora and fauna of the island.

In the garden, there was once a baroque-style palace; that is why the garden became popular as one of the city's most mysterious, the most romantic parks. You can observe the Victorian style designs here. Due to the proximity of the ELTE, many students come here in good times to read, but due to the modern playground, it is also very popular among families. On the negative side, you cannot come to the garden with dogs. Nevertheless, you should see the beauty of the garden during your travel to Hungary.

The Roman Shore is located at the northern tip of Buda. It is a legendary place of the trip for those who are in their mood for spending time on the bank of the Danube, walking, drinking beer, and eating a sandwich in the fresh air. The whole area is full of a dose of life's retro sense. It would be difficult to list how many wonderful scents of flowers there are. In addition to iconic places like the Beer Garden, Platan, or Csonakhaz Mulato, you can visit pubs in the area. But do not forget about the picnic either, there you can grill or stew at the fireplace, and on the other side, you can also play petanque. The shore has a popular cycling route and running track, but dog owners throwing sticks also regularly appear on the shore. If the weather is good, you will enjoy your time there.

The Orczy Park, located between the clinics and Oradea Square, is a perfect place for everyone to relax. In the cooling shade of the trees, you can go boating on the lake or maybe let the kids play in a huge adventure park. For those who want to play sports, there is a running track, an outdoor gym, and other sports facilities. Orczy is one of the best parks for a picnic in Budapest - explore it!

Nepliget is the largest public park in Budapest, in the 10th district. The park was established in the 1860s, at the suggestion of Jozsef Sarkany, the city councillor. It is a woody, flowery, lawned rest area with internal walkways, sculptures, monuments on 129 hectares. The area of the park is entirely in the 10th district of Budapest, and there are the Groupama Arena, the Ferencváros TC Stadium on the southeast corner of the park. If you go to Nepliget and get hungry, you can head to one of the cafes in the parks, such as Goal Line Bistro.

Gellerthegy is a part of Budapest's I and XI districts. It got its name from the 235-meter-high Gellert Hill. It is one of the best parks in Budapest that you should visit. The park operated since the 1920s when landscaping of the mountain began and promenades were built. On the south side of the area, there is the Cave of St. Ivan, in which there is a rock chapel built in 1926 on the model of the cave of Lourdes in France.