Top famous festivals of the year! 12 amazing festivals for each month! 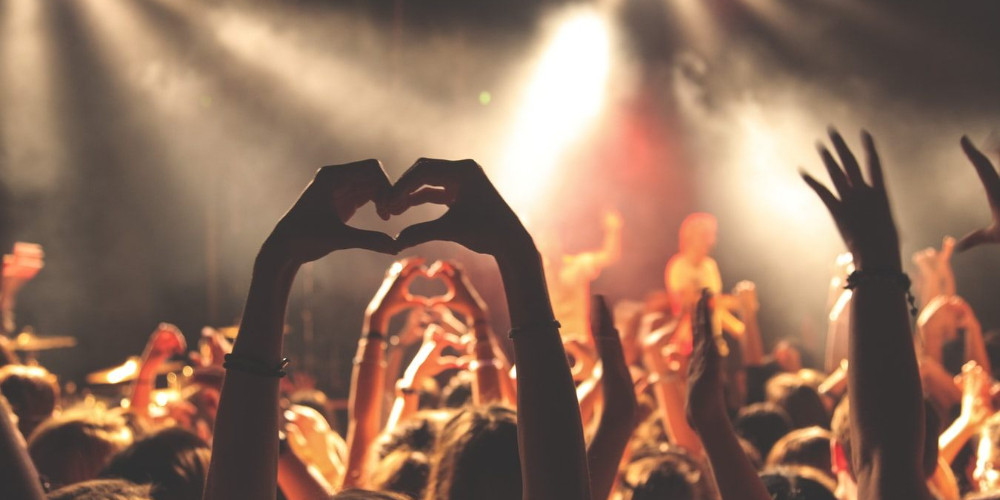 Why are festivals so popular?

First is the fact that festivals cater to a new generation of experience-seekers; people who prioritise unique experiences over "things". Then you have social media, which has generated hype around top festivals in the world and allows organisers of events small and large, to reach huge audiences.

Let's take a look at some of these amazing and famous festivals around the world held each month of the year.

If you wonder what are some of the more popular Japanese festivals? The Naked Man Festival, held at the Saidaiji Kannon-in Temple in Okayama, Japan, is a festival in which 10,000 people try to catch sticks thrown out of a window by wearing a dress called "mawashi" worn by sumo wrestlers in cold weather. According to the belief, sticks are sacred, so if they can catch them, their chances will be better in life.

The Rio Carnival, one of the famous festivals around the world, is being held in Rio de Janeiro, Brazil, in February. You do not need to buy a ticket if you do not participate in the samba competition. You can take part in this carnival without tickets. Parties don’t end during the Rio Carnival! Many street parties start at a street corner or in a bar and stretch across the city with groups of people having fun along the way. When you go to one of the top festivals in the world, you have to be very planned, because travelling and living during the festival can cost you an arm and a leg. Brazil is a very dangerous country for tourists, and thefts become more frequent during the carnival. For this reason, many people say that they could not enjoy the Rio Carnival enough, because they did not feel safe due to such details as crowds and thefts.

Holifest is one of the most popular Indian festivals. The famous Holi Festival of Colours, held every March in India, is a street festival named after Holika, the daughter of Hiranyakashipu, the king of demons in Indian mythology, and it celebrates the arrival of spring. Holika represents the victory of the good over the bad, and people start shouting "Holi-ha" when the festival starts. During one of the most popular Indian festivals - the Holi Festival, people paint each other in different colours. These dyes that people throw at each other are wiped easily, and they are harmless. As for the meanings of colours: red means innocence, green - energy, blue - calmness, and yellow means religiosity.

This one of the famous festivals in the film sector is held in Cannes, France annually since May 1946. Originally it was scheduled for 1939, but due to World War II, the film festival was held in 1946 and became a showcase of European cinema. The Cannes Film Festival, which is watched by millions of people, has great importance both for the development of European cinema and for the directors to express themselves to the world. Admission to the 12-day festival is by invitation. During the Cannes Film Festival, in addition to seeing celebrities in stylish clothes on the red carpet, the audience also has the opportunity to watch live the best films of the period.

The festival takes place in Glastonbury, UK and it is held for three days at the end of the last week of June each year. Glastonbury Festival is one of the largest music and art festivals in the world; this festival has been running since 1970. The festival also covers dance, comedy, theatre, circus, and many other arts. In 2005, the closed area of the festival was more than 3.6 km2, with more than 385 performers and artists performing live and about 150,000 people attending one of the famous festivals around the world.

And again the festival for people asking what are some of the more popular Japanese festivals? Fuji Rock Festival, which began in the foothills of Mount Fuji in 1997, is being held at the Naeba Ski Resort since 1999. The three-day famous festival features concerts by more than 200 local and foreign rock and electronic music artists. One day before the start of one of the best music festivals in the world, the beginning is announced with fireworks at night. The concert fields at the festival are divided into 7 different parts. The largest concert field of the festival, the Green Zone, can accommodate 50,000 people. Ticket prices vary depending on how many days you buy. The price of a 1-day ticket is 155 euros, a 2-day ticket is 280 euros, and a 3-day ticket is 350 euros. Accommodation expenses are not included in the ticket price.

Located in the Black Rock Desert in Nevada, USA, this festival is held in August, where many festival and art lovers gather every year to perform their spiritual acts. As it is held in the desert, the cold at night can freeze you, though the temperature is high during the day. As it is one of the largest and famous music festivals in the world, Art Car DJ booths are being set up in different parts of the region. The Burning Man Festival continues with music, dancing, entertainment and ends with the burning of a wooden doll.

The festival is a traditional annual beer festival in Munich, Bavaria, Germany. Oktoberfest begins near the end of September and lasts for 16 days until the first week of October. Along with tourists, the festival is attended by more than 6 million people each year. Oktoberfest has been held in a traditional form since 1810, gaining great popularity as an integral part of Bavarian culture. Beers participating in the Oktoberfest Festival are required to meet the standards of the German Pure Beer Law and be brewed within the city limits of Munich. Beers that meet these criteria are conventionally called Oktoberfest beers. Throughout the festival, where many music groups take the stage, the German Marting Band adds colour to its atmosphere with its costumes and songs. Although admission to one of the most popular festivals is free, you must pay for drinks and meals in the festival area.

Another one in the list of famous festivals, which takes place in the United States, is held annually and has already become a tradition. More than 800 balloons are used in the 9-days festival. It is the largest balloon festival in the world with this feature. The Albuquerque International Balloon Festival is attended by an average of 750,000 people each year. One of the most popular festivals in the US, which has been held since 1972, started with the release of balloons for the 50th anniversary of Radio Albuquerque.

The Fugarena Festival, one of the most original and ancient folk festivals in Europe, takes place every November in Italy. The festival begins with a bonfire in Piazza d'Armi and continues with people embracing this glamorous fire. The origins of the La Fugarena Festival are based on the religions and beliefs of the pagan Celtic tribes. These Celtic tribes collected the bones of the cattle from which they used their meat, and when the day came that they considered sacred, they burned them. The Celts, who gave the fire a divine meaning, believed that in this way, they showed their gratitude to the gods. Today, however, instead of animal bones, vines and olive trees, which are valuable to society, are thrown into this fire.

If you love chocolate, don't miss the biggest chocolate festival in Germany. Chocolart Festival is held in Tübingen, a traditional university town in southwestern Germany, and admission is free. During one of the famous festivals around the world, you can witness and participate in many interesting events such as chocolate making classes, chocolate massages, tasting sessions, and chocolate art exhibitions.