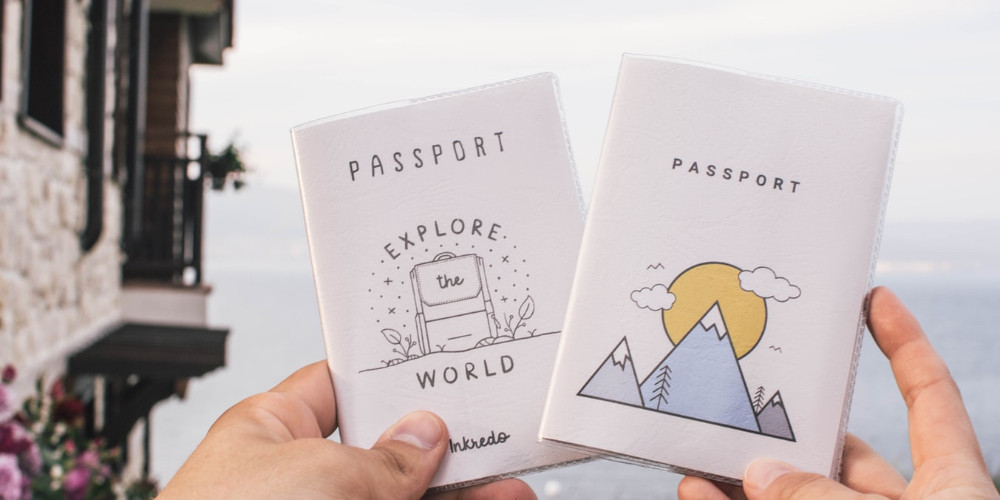 The most powerful passport in the world

I am sure that every new stamp on the passport from different countries is a cause of happiness for every person who loves to travel. Stamps on the passport pages help us remember the different memories collected on different adventures. As this number increases, we strive to increase and add new ones. After all, who doesn't want to travel to as many countries as possible? Each new country we visit helps us get to know the world and understand what life is like in different countries. Every new country means a new excitement, and I'm sure it is the dream of many people to taste this excitement.

Unfortunately, sometimes not everything is so simple and easy. We can't do what we want just by having a passport. Each country has its own rules for its citizens, as well as for visitors from other countries. The first factor is to know the strength of the passport of the country of which we are citizens. In more detail, the fact that each country's passport allows its citizens to travel to how many countries in the world without a visa shows the power of that passport. When travelling to other countries, you must go through certain processes, follow the rules, and, depending on the conditions, either get a visa in your own country or get a visa in the country you are going to.

However, what is the strongest passport in the world? Which country's citizens have been lucky enough to travel to many countries worldwide without a visa, easily and freely?

As you read all these questions, did the United States come to your mind? It can be considered one of the strongest passports, but no, you're mistaken, it is not. There are even several countries ahead of it in the top ten that you will be really surprised. So let's answer that question that concerns everyone.

As already announced in the first days of 2020, the strongest passport in the world is the Japanese passport, and by 2021 it still retains its leadership! Japanese citizens have the right to travel to 193 destinations around the world without a visa. Yes, yes, exactly 193! Can you think? For the third year in a row, Japan has not lost first place in this ranking.

Now let's get acquainted with the most powerful passport in the world. The first travel documents for Japanese citizens to travel abroad were submitted on May 21, 1866. These documents were in the form of a stamped "request letter" that allowed Japanese citizens to travel abroad for work and study. The term "passport" was officially introduced into Japanese in 1878, and in 1900 the first rules governing the use of Japanese passports were introduced. The modern form of the Japanese passport first appeared on January 1, 1926, and on November 1, 1992, the first Japanese passports that fit ICAO standards and read by the mechanism were introduced. Like in other countries, the Japanese Ministry of Foreign Affairs issues Japanese passports. Passports are divided into ordinary, official, diplomatic, and emergency passports and ordinary passports issued to citizens under 19 for 5 years and to citizens over 19 for ten years. All Japanese passports issued after March 20, 2006, became biometric passports. On August 31, 2013, the latest version was released. The passport contains information such as the passport holder's photo, passport-type, country of issue, passport number, surname, name, nationality, date of birth, gender, date of issue, expiration date, owner's signature, etc. 118 years after its creation, for the first time in 2018, the Japanese passport, which was named the "Strongest Passport in the World", will continue to lead the list in 2021.

After detailed information about the Japanese passport, I would like to provide you with a complete list. The general passport ranking is as follows:

As you can see, some rows are shared by different countries because they have the same number of digits. As we mentioned earlier, countries before the United States may surprise you. Although still in the top ten, the decline in rankings after 2015 is not overlooked. The advantage of Asian countries at the top of the list is a clear indication of the benefits of an open door policy and the application of mutual trade agreements. The latest rankings show that more and more countries are adopting visa-free travel. Citizens of the countries with the most powerful passports are benefiting greatly from the growing power of passports. In general, political scientists at Syracuse University, a private research university in Syracuse, New York, and the University of Pittsburgh, a public research university in Pittsburgh, Pennsylvania, analyzed historical data from the passport index and concluded that there is a strong positive relationship between travel freedom and economic, political, civil liberties and other types of freedoms. Citizens of countries with stronger passports are also freer to invest in other countries. For example, European countries like Switzerland (187), Austria (189), and Malta (186) are the best examples. These countries clearly show that countries with a more business-friendly environment have higher scores when it comes to passport power. Similarly, using the Human Freedom Index, a strong link was found between personal freedom and freedom of travel.

As you can see, we got acquainted with the strongest passport in the world and other countries in the top ten. Given that the effects of this freedom are more optimistic, we can say that indeed, in countries where people are given more freedom to travel, development is faster, and the level of welfare of the country is increasing day by day. I hope that one day we will travel as freely as birds fly.