Radioactive Tourism - a trip to Chernobyl 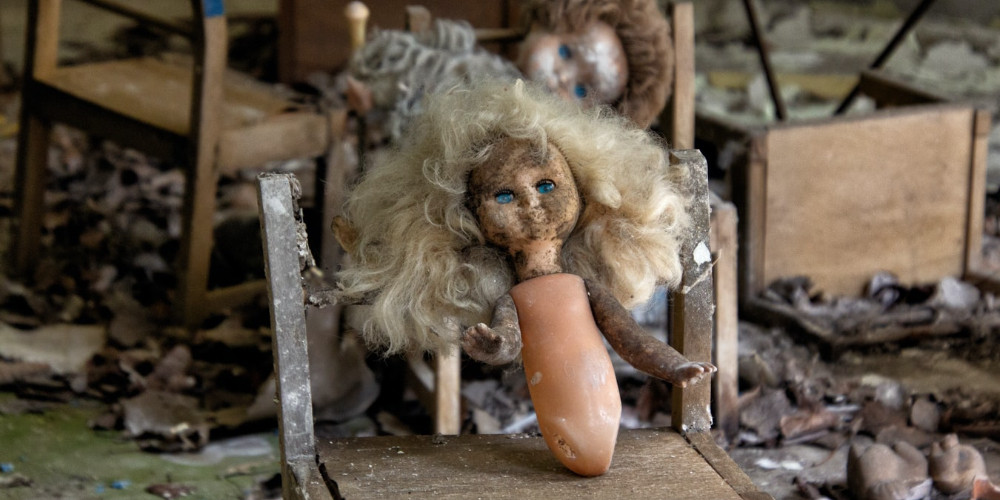 Regions that have staged tragedies around the world at certain times in history have become the most significant tourist destinations today. Chernobyl city is at the top of the list of such regions. Where is Chernobyl? Chernobyl city, a small area near Pripyat, located in Ukraine, was known primarily due to the nuclear power plant located there. But what happened at Chernobyl? Tragic explosion! However, after the tragic explosion at the plant in 1986, the whole city went down in history as the Chernobyl region. Even today, the region is known as Chernobyl throughout the world, although it covers a minimal area. How many people died in Chernobyl? Thousands died due to the tragic accident, some soon after the accident, and others after many years because of the illnesses. The death toll from the radiation fluctuates between 4,000, according to the UN study, and 200,000, according to Greenpeace. Thirty-six hours after the accident, most of the city’s residents were evacuated, and ten days later, the entire city population was evacuated. The 30-kilometre area has been declared the zone of alienation for 23 years since then. No one was allowed into the city except for research teams and private individuals entering the area with government permission. Only in 2009, the Ukrainian government declared the Chernobyl area partially open to the public, and people were able to see the area through specific tours, which was a “black box” for the whole world for 23 years. Today, this flow of tourism continues.

How to travel to Chernobyl

? Currently, there are two ways to travel to Chernobyl and Pripyat. First, you can enter the area alone or in a small group. Nevertheless, if you dare to travel alone to this region that has been isolated, abandoned, and uninhabited for years, there is one thing left. To get a permit from the Ministry of Internal Affairs of Ukraine and relevant organizations. You must have a particular reason to travel to Chernobyl solely, or you must be a media worker who came to film. If you are lucky to get a permit, you will be accompanied by one or more regional soldiers. Otherwise, you will be directed to individual tour companies for the trip. You can easily travel to the Chernobyl region as a member of the tour group who will obtain the necessary permits from these organizations. It is even possible to register online to participate in these tours. But in order to travel to Chernobyl, first, you must know Ukraine visa requirements for your nationality.

Tours to the region vary from one-day, two-day, and three-day trips. Is Chernobyl safe to travel to? Extended stay requires additional permits as it can pose a severe threat to human health. Tours usually start with tour buses from Kyiv. The city of Pripyat and the Chernobyl area is about two and a half hours from Kyiv. Prices for tours generally range from 90 to 150 Euros, depending on the number of days and activities covered. Most tours are arranged for a day trip. Before starting the journey, you will get familiar with the general procedure, activities, and, most importantly, the prohibitions.

Prohibitions at the tour

During your Chernobyl trip, you will encounter several restrictions. Remember that the place you are going to is currently considered as one of the most dangerous places for human life in the world. First and foremost, it is strictly forbidden to touch, pick up or hold anything you see there. As it is listed as Radioactive tourism area, every object in the area still has a certain amount of radiation, and touching them can be dangerous for the human. The second thing that will endanger you as much as radiation is the dilapidated buildings in the area. Most of these buildings were not repaired or restored for years, are in a state of collapse at any moment. Therefore, you will most likely not be allowed to enter any such buildings or to go upstairs, if any. During travel to Chernobyl, your clothes should cover your whole body. That is, it is forbidden to wear short-sleeved shirts or shorts. Wearing long-sleeved shirts, pants, and clothing that completely covers your body can reduce the amount of radiation your body will be exposed to. Moreover, you will be provided with a radiation meter at the beginning of your trip, and you should leave the area as soon as possible when the device signals that the amount of radiation poses a high risk to the human body. It is worth noting that the amount of radiation in most parts of the region has been reduced to only 5-10 times higher than in the capital city Kyiv, but in some regions, this amount may rise to 100-300 times higher. You will be checked at two points when you start and return. Interestingly, the meter can illuminate two colours after examining you on the way back. If it is yellow, no need to worry, you can finish the tour without any problems. But, if the red light is on, you may start to worry a little bit, as you will be taken directly to the hospital and will be allowed to go home after the necessary examinations and tests. As long as you follow the terms and conditions, this danger is almost non-existent.

What can you see in Chernobyl?

By visiting Chernobyl, you will experience how the area, which once has been isolated and has not been interfered with by a person, can change in 30 years. You can see how nature has taken over the region over the years, how it has defeated man, and the “artificial civilization” he created. The destinations will mostly be abandoned houses, markets, theatres and cinemas, kindergartens, parks, and, most importantly, the Chernobyl plant, which exploded years ago and turned its energy into tension for the whole world but is now neutralized and covered. By visiting Chernobyl, you can also see the famous Red Forest, where the leaves turn red and fall due to the amount of radiation in the area.

Is Chernobyl safe to travel?

can be somewhat harmful and dangerous to human health. However, you can minimize the risk by complying with the conditions and prohibitions. In general, if you have been planning this trip for a long time, know that it is not so difficult to make it real. You can register for the tour from specific websites and pay online. Have a healthy, safe, and pleasant travel!

Topics
Apply for any visa in two clicks!
Cities
Do you want to get an Ukraine visa easily?
Get your visa now 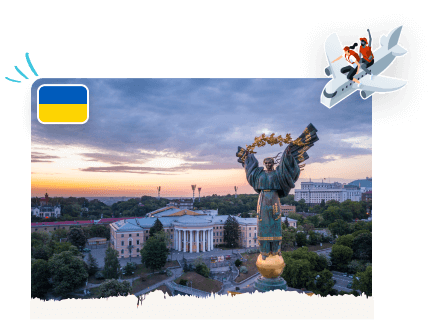