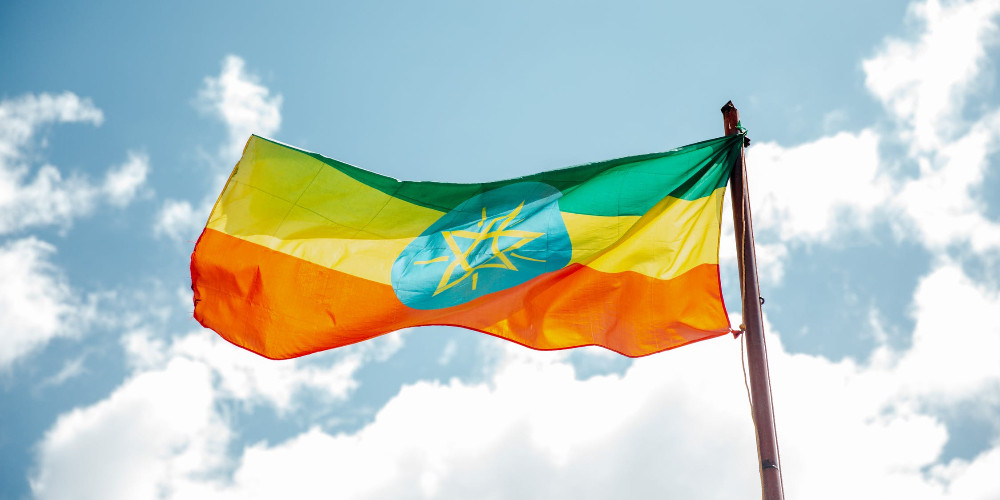 12 reasons why you should travel to Ethiopia right now

2. Experience a different time and calendar

3. Trekking on the Simien Mountains

7. Visit the Rock-Hewn Churches of Lalibela

8. The Ark of the Covenant and Queen Sheba

Why travel to Ethiopia? Ethiopia is one of the oldest independent countries in Africa, with fantastic jaw-dropping landscapes, fascinating ancient African history, and beautiful culture. It is referred to as the "Roof of Africa" for its vast mountains.

If you are wondering where is Ethiopia, then worry no more. Ethiopia is landlocked and located in the eastern parts of Africa, bordering Sudan, South Sudan, Djibouti, Somali, and Kenya.

The Ethiopia population makes it the second most highly populated country in Africa after Nigeria, with over 91 million people. Ethiopia's commonly spoken language is English, and the national language is Amharic. The common question people ask is, is it safe to travel to Ethiopia right now? You may be wondering too. Well, Ethiopia is perfectly safe, so long as you conform to the COVID 19 regulations put in place by Ethiopia's government.

Regardless of the above precautions, some of the highlights making it appealing to travel to Ethiopia right now are as follows.

Addis Ababa is the capital of Ethiopia. Addis Ababa in Amharic means "New Flower." Regarding height above sea level, it is considered the highest capital compared to other cities in Africa and the fourth highest in the world thanks to its altitude of 2335m above sea level. Addis Ababa also homes the African Union.

When in Addis Ababa, you should explore artistic orthodox churches and the National Museum, which houses a 2.3 million-year-old hominid named "Lucy." Also, be sure to visit the open-air markets in the capital of Ethiopia, such as Merkato, which is the largest, and you will be able to shop for spices and excellent Ethiopian coffee.

The city becomes vibrant at night with Ethiopian jazz playing in many jazz clubs, a unique music genre.

2. Experience a different time and calendar

Ethiopia's calendar is fascinating too. Ethiopia maintained most aspects of the old Coptic calendar even after the Roman church changed it in 525AD. This makes Ethiopia be behind the Gregorian calendar by seven years. Ethiopia's calendar has 13 months, where the last month is only having five days and six days during a leap year.

3. Trekking on the Simien Mountains

Simien Mountains National Park, located in Northern Ethiopia, has been named a UNESCO World Heritage Site. Simien Mountains situated in the park offer trails across its escarpment and plateau covered with beautiful scenery of wildflowers, which you can enjoy while trekking on it. The mountains offer a breathtaking landscape that you will enjoy having a glimpse of. Simien Mountains experience snowfall on their peaks throughout the year.

The mountains are an excellent destination for bird watching as it has over 400 bird species.

The plateau is home to the famous Gelada Baboons and many wild animals on the mountain cliffs; make sure to be on the lookout for them as you trek along the trails, and this will be a fascinating sight.

Trekking may take between five to ten days through the mountains.

Upon your arrival in Ethiopia, you will experience exciting rare wildlife species. The endemic animals include the Gelada Baboons, sometimes called the bleeding-heart baboons covered in thick coats, the Walia Ibex with its majestic horns found on the rocky Simien Mountains in Simien Mountains National Park.

Ethiopia brags of Lake Tana as its largest lake. You should consider going on a boat cruise on Lake Tana. This gives you a chance to visit the ancient island monasteries whose age is 20 centuries. They have beautifully painted murals showcasing bible events and are regarded as holy. Some of them include Tana Kirkos, Dega Estefanos.

You will get to experience birdwatching and a magnificent view of the source of the great Blue Nile River and the Tis Isat Waterfall, which is an intriguing sight.

The city of Gondar is located in the mountains north of Ethiopia. It was once a capital city, Ethiopian emperors and princesses who ruled Ethiopia lived in this castle. Gondar is famously known as the Camelot of Africa. It is a rich cultural heritage site home to many medieval castles, making it resemble a fairytale fantasy.

The city has a Royal Enclosure with a fortress named Fasil Ghebbi.

7. Visit the Rock-Hewn Churches of Lalibela

You should travel to Ethiopia and experience the unique architecture of the Rock-Hewn Churches of Lalibela. Lalibela has 11 medieval churches built out of stone, and they are considered ancient. Lalibela is famous for pilgrimage and is regarded as the New Jerusalem. The churches were built during the 12th century under the directive of King Lalibela.

The churches are linked to each other by tunnels underground, with the world's largest monolithic church called Biete Medhane Alem. Biete Ghiorsis Church is famously known for its cross-shaped design. You might be lucky to experience an orthodox mass that is carried out by a priest.

8. The Ark of the Covenant and Queen Sheba

Axum, an old city in Africa, is said to be home to Queen Sheba and the last place for the Ark of the Covenant. The Ark of Covenant was used for holding the ten commandments and is believed to be present in a church located in Ethiopia. Church of Our Lady Mary of Zion is called the mother church of Ethiopia, and only one person can attest to the presence of the Ark as nobody is allowed to do that. Seventy-five vertical memorial stones surround the church.

Danakil Depression borders the Great Rift Valley, Eritrea, and Djibouti. Dallol, located on the Danakil Depression, is the hottest place that is inhabited in the world. With temperatures of 35 to 41 degrees. Despite the high temperatures, the Afar community considers this place home and continues to thrive.

If watching the sunset is your thing, then this is the perfect spot, especially over Lake Asale, a saltwater lake. The scenery is amazing. Visiting the Danakil Depression is considered as viewing the cradle of humanity since it is here where Asia has torn away from Africa as a result of volcanic activity. Visiting this site may revive the question: is it safe to travel to Ethiopia right now? You shouldn't worry, though, as you will be guided through.

If you travel to Ethiopia, consider trekking to the Erta Ale volcanic range, where one of the six lava lakes is currently present. Erta Ale, in Afar language, means "the smoking mountain." The lava lake is one of the most active and longest in existence. The surrounding areas experience very high temperatures. The sight of it will leave you in awe and wonder as you marvel at the Earth's wonders.

The site is rich in fossils of ancient times, and in 1974 a fossil named Lucy was discovered here.

The staple food for Ethiopians is the Injera, a flatbread made from fermented teff flour; it resembles a pancake. Injera is served with tibs (strips of fried beef), Doro Wat (chicken stew), and vegetables. Food is eaten using the right hand while sitting together in the form of a circle.

Coffee's first discovery is believed to have occurred in Ethiopia and was moved around to other countries through the slave trade, among different ways. There is a coffee ceremony where coffee is roasted and prepared. Coffee is available three times a day, that is, morning, afternoon, and evening.

In Ethiopia, Ethiopia religion revolves around Orthodox Christianity and Islam, which are the most popular religions. Orthodox Christian festivals are common on many streets of cities in Ethiopia. These festivals are characterized by bonfires of Meskel, beautiful umbrellas of Timkat, and colourful outfits. It is during these festivals that one can experience the culture, traditions, and people of Ethiopia. All these will be done amidst sharing food, drinks, different dance types, and the practice of certain rituals.

To experience the diverse cultures thriving in Ethiopia, visit the Omo Valley Tribes. Some of the communities include Hamar and Mursi, who have a culture of adorning their bodies with unique jewellery and art. Their livelihood is based on livestock.

Ethiopia is a destination that can be visited all year round. The most optimum time to travel is from October to January, while the country is experiencing warm temperatures. Rainy periods are experienced from June through to August. At the same time, the cold and dry season is expected from February to May.

You should travel to Ethiopia for its famous captivating scenery, tantalizing meals, best coffee in the world, diverse landscape, very friendly people, vibrant festivals, intriguing history, and culture. If you have not been to Ethiopia, you are missing out on lots of amazing wonders. If the reason why you have not travelled to Ethiopia yet is getting the Ethiopia visa, pickvisa.com can help you in this matter. Now there are no excuses not to travel to Ethiopia.

Judith is a Kenya based writer. Writing is her passion. She is the consummate professional with boundless enthusiasm. With a style that is spare and to the point, she delights in presenting facts accurately but also strives to lead readers into unknown worlds, worlds filled with ideas to explore and information to digest. Impossible meets the achievable, as she takes any challenge presented and makes sure that nothing is left to chance.