10 reasons why you should travel to Maribor instead of Ljubljana 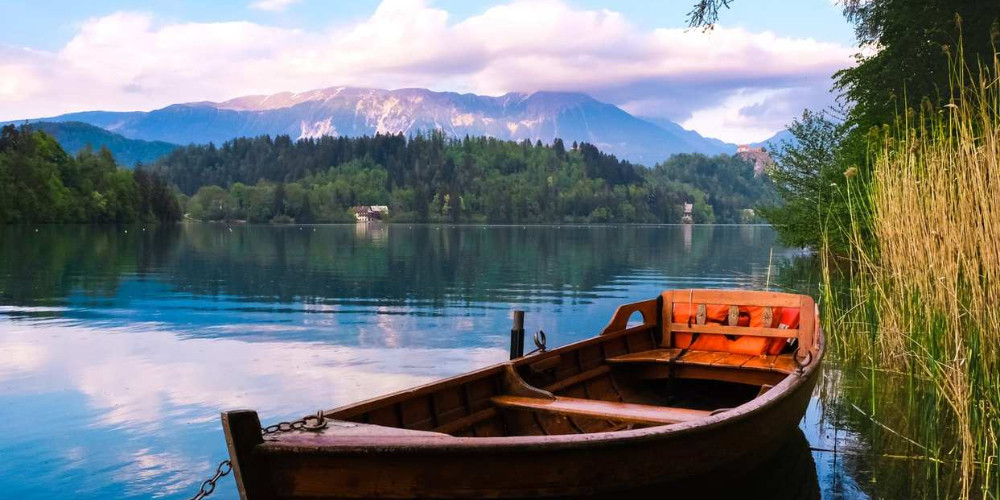 After reading the name of the city of Ljubljana, capital of Slovenia many people hardly remember a small European country. If you come across the name of the place described below, then the question certainly arises: "Maribor? Where is Maribor?" We inform you: Maribor – Slovenia. Slovenia is an interesting European country that attracts thousands of travelers every year. This country's landscape is so diverse that it will not cease to amaze you throughout the visit. The sea, adjacent to mountains covered with snow caps, wooded slopes alternating with plains and pastures – all this is Slovenia, a country of contrasts.

Despite the fact that many tourists visiting the country, strive to travel to Ljubljana, capital of Slovenia, in this article we will talk about the city of Maribor, or rather about why you should choose this place for a trip to Slovenia, and not Ljubljana. Maribor is the cultural center not only of the country but also since 2012 of the whole of Europe, as well as the historical center of the area called Lower Styria. The first mention of the place where Marburg Castle was located dates back to the 11th century. The city received its official name in 1254. So you have arrived in Maribor. What to do in Maribor, What to see in Maribor, where to go, where to visit? Let's figure it out.

Yes, this is the original name of the mountain that rises above the city. On its top there is an observation deck, from which you can enjoy a beautiful view of Maribor. The Drava River's height, colorful houses, green park areas, and blue waters look very fun and elegant. The climb to the Pyramid will not take you long – about 20 minutes and you are there. There are two paths on the mountain: one leads through the Maribor forest and the other winds through the vineyards that are planted on the slopes. In addition to the beautiful scenery that opens up to the eye, you will see the excavations of an ancient castle on the mountain itself. And it will not be difficult to find the Pyramid – you will always indicate its location by the white church, which stands on the highest point of the city.

The oldest vine in the world, which is almost 500 years old, grows in the city of Maribor. It was planted in the Middle Ages during the siege of the city by the Turks. However, by some miracle, the plant managed to survive. To this day, the vine gives local winemakers a delicious grape variety called "velvet black". For the oldest vine, a house was built, which also survived, being part of the defensive wall. In honor of this amazing plant, the city even hosts festivals: the Festival of the old Vine and the Feast of St. Martin. And the hymn that praises the vine is known to every Maribor resident and is sung with pleasure. The old vine House converted into a museum, used to function as a Maribor winery. Now you can visit a fascinating tour and see all the related wine-making exhibits. For wine tasting, there is a special room with an atmospheric interior. Before presenting a particular drink, employees are interested in guests' taste preferences, after which they carefully select a certain wine. Wine collectors will be very interested in this place. Exclusive varieties of various years are available. Some of them are worth a fortune – we know about such, the cost of which reaches a million euros. However, there are also quite affordable budget drinks for the average layman.

We recommend visiting the wine library of the oldest winery for true connoisseurs of aristocratic drink, which houses the largest wine cellars in Europe. The territory of wine cellars covers an area of 20 thousand square meters. m. In total, there are 5.5 million liters of wine. Tasting, during which they offer "Standard", "Premium" and sparkling wine, will cost you 5 euros.

Perhaps the most distinctive large-scale attraction of this place can be called a ski resort, located 6 km from the city of Maribor. Slovenia is a predominantly mountainous country. Its territory is covered by the Eastern Alps, Mount Triglav (the highest point of Slovenia) and the Dinaric Highlands. However, the most popular is the Maribor Pohorje. The main advantages of this Maribor resort are the slopes that are suitable for different levels of training. It is especially comfortable here to teach skiing or snowboarding to children, as the trails are quite wide and gentle. The opportunity to rent ski equipment, get professional skiing lessons, organize snowshoeing trips-all this attracts fans of active winter recreation. Maribor Pohorje attracts with its calmness and unhurriedness. There is a feeling that life here goes by its own clock and laws. On the territory of the resort there are several small Maribor hotels, many cafes and restaurants. There is a modern system of lifts.

5. The thermal springs of Maribor

After active winter fun, you want to relax and recuperate. The best holiday will be a visit to the thermal complex of the city of Maribor. Where is Maribor? Very close – in its immediate vicinity. Mineral springs were discovered here more than a century ago. In connection with this event, the best health centers and sanatoriums in the country were built next to them. Maribor thermal complex is equipped with the most modern medical equipment, swimming pools, solarium, sauna. Here are real professionals who will choose for you the best procedures aimed at improving the body and prolonging youth. The water temperature in the Maribor springs reaches 30-40 degrees. Water has in its composition minerals that can improve human health in many ways. It is extracted from wells with a depth of 1500 meters.

It is the main tourist center of the city, where the largest number of Maribor attractions is located. In summer, you can take a leisurely stroll around the square, admiring the fountain and flower beds. And in winter, visit one of the old cafes to warm up with a cup of fragrant coffee. Consider some historical buildings located on the Main Square of the city. The memorial or Plague column was installed in 1743. Its construction was marked by the end of the plague epidemic, which killed a third of the Maribor population. On the upper part you can see a gilded figure of the Virgin Mary, and around the column is an ensemble of six statues and a marble altar.

Not far from the column is the Church of St. Aloysius – the most beautiful building in the Main Square. It was built in the 18th century in the Baroque style. The facades of the church are decorated with images of Saints Andrew and Paul. Saint Aloysius is depicted on the walls inside the church. It is known that for some time the church building was converted into an armory. Now it is the most visited temple in the city. The City Hall is also worthy of your attention. It is notable for the presence of an unusual stone balcony, which depicts the coat of arms of the city – a soaring dove.

It was built in the 15th century and is the only one of the three castles that defended the city from enemies that survived. The Maribor Castle stands at the intersection of three squares: Castle, Freedom and General Maistre. Today, most of the castle is a Local History Museum, which presents collections of historical and archaeological exhibits, as well as an exhibition of paintings by famous painters. A visit to the museum can be very useful for those who are interested in history and want to learn about the life of the ancient Slovenes as much as possible.

It is considered to be the largest and oldest park in the city. A huge area of the territory has three reservoirs, children's playgrounds, a terrarium and an aquarium. The latter, by the way, boasts a considerable collection of fish – about 120 species. The well-groomed and refined territory of the Maribor park contributes to the fact that many tourists and local residents rest here. You can just take a leisurely stroll through the shady alleys, admiring the abundance of green spaces and flowers. Or you can have a fun picnic by the water with your friends. Thanks to the responsible attitude of the city authorities, the park is always clean and cozy. Russian travelers visiting the park "Three Ponds" often compare it with the Moscow Sokolniki. And there is some similarity in this. After all, it also hosts music festivals and important celebrations for the city.

9. Cathedral of St. John the Baptist

It is a Catholic church built in the 12th century. Initially, its patron saint was considered the Holy Apostle Thomas. A hundred years later, the church found a new patron saint-St. John the Baptist. The cathedral houses a collection of works of art from the 15th to 18th centuries. On the walls of the temple, you will see medieval stained glass windows. It should be noted that in this place there is the tomb of the first Saint of the Slovenian Bishop Anton Slomsek. The sounds of the organ will help you fully immerse yourself in the atmosphere of antiquity. In 1981, German craftsmen made this musical instrument for the Cathedral of St. John the Baptist. Since then, every day magic music fills the entire temple and can even be heard in the square. Be sure to visit the cathedral to listen to the enchanting sounds and feel peace and tranquility.

In the 17th century, the church underwent some transformations – a bell tower with a height of 76 meters was built on it. As a result of a lightning strike, the bell tower was partially destroyed, and only a 57-meter building has survived to this day. For a while, the bell tower served as a post for the city's fire department. Due to the fact that it was located in the very center of Maribor, firefighters were able to quickly cope with the fire thanks to timely information about the fires. Now the bell tower is equipped with a small observation deck, which offers stunning panoramic views of the city of Maribor. What else to see in this amazing town? We suggest you go to the river and admire the Instagrammable scenery.

The source of the 720-kilometer-long river is located in Italy. It flows in Slovenia, Austria, Hungary, Croatia. Drava River flows into the Black Sea. On one bank there is a beautiful embankment. During the warm season, residents and visitors of the city have the opportunity to rent a boat and ride on the river. If you come to Maribor in the summer, you have a chance to visit one of the most interesting music or theater festivals. They also take place on the banks of the Drava. And for those who want to sunbathe and swim there is a beach. It is located on the Maribor island near the embankment. The Drava River is not only a place for recreation and entertainment, but also a transport link between some countries.

Talking about the river, it is also worth mentioning another attraction, which is one of the oldest buildings in Maribor. We are talking about a water tower. In the 16th century, the inhabitants of Maribor built it on the banks of the Drava River to protect it from Turkish invaders. When the dam was being built, the tower was almost flooded. However, local residents managed to save such an important historical site. We hope that we have given good reasons to visit the Slovenian town of Maribor. If you have not yet decided where you will spend your vacation, be sure to consider this direction. A lot of impressions and successful pictures are provided to you.

Topics
Apply for any visa in two clicks!
Cities
Do you want to get a Slovenia visa easily?
Get your visa now 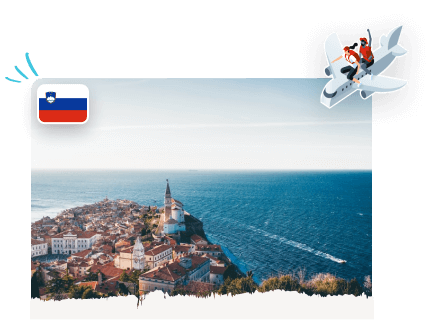