12 reasons why you should travel to Monaco right now 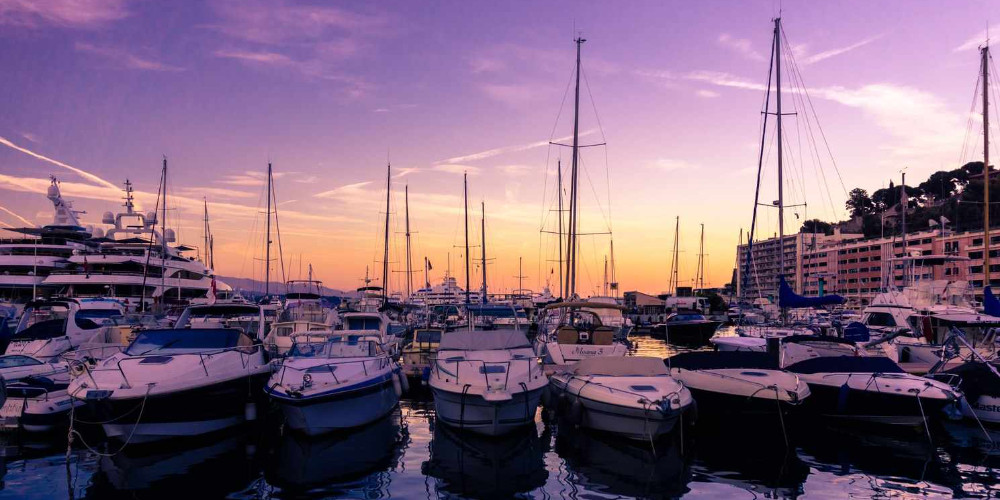 One of the smallest countries in the world, yet a country full of miracles, is Monaco, officially known as the Principality of Monaco. It is the perfect manifestation of historical landmarks with modernity. When you travel to Monaco, you can be sure that you will be mesmerized by the beautiful buildings, elegant cafes and restaurants, and peaceful streets. I am sure most of you know where the country is situated, but still, some of you may wonder: Where is Monaco? This sovereign city-state is located in Western Europe. Located on the French Riviera, France is the only country bordering Monaco. Its total area is 2.02 square kilometres. Monaco population is about 39,000. Monaco population enjoys luxurious lifestyles thanks to the country's high economic development. About 60% of the population speak French, while the rest speak Italian, with different dialects, Ligurian and Occitan. The ruler of the Principality of Monaco is Albert II. His sister, Princess Stephanie of Monaco, is a famous singer and fashion designer representing the country internationally.

The Monaco flag consists of red and white colours. Some people find the fact annoying that Monaco and Indonesia have almost identical flags. They both have red colours over white. However, there are ways to differentiate these almost the same flags. First, the dimensions or the ratio of the flags are different. The flag of Indonesia is larger compared to that of the Monaco flag. Second, unlike the Monaco flag, the red colour in Indonesia's flag is relatively lighter. Other than these two small elements, one can have a hard time differentiating both countries' flags. When Indonesia declared its independence in 1945, Monaco protested for Indonesia's adoption of an almost identical flag. Yet, it did not help, and now both countries enjoy the same coloured flags.

What to do in Monaco? There are many things to do, including enjoying a good stay at the Hotel de Paris Monte-Carlo, the best hotel in Monaco, or visiting the palace of Albert II and Princess Stephanie of Monaco. Here are the 12 reasons why you should travel to Monaco:

You will spend at least two hours of yours to get fascinated in the old town of Monaco. There are so many beauties, cultural delicacy, and historical landmarks that you will not be able to stop taking Instagram pictures of your surroundings. You will find many buildings and palaces built in the medieval period. While strolling through the elegant alleyways, you will find yourself at the Place du Palais. Make sure that you discover the place at 11:50 AM, as it is the time when the guards exchange their positions in a very historical and cultural way.

Alongside rich historical attractions, you will find Fontvieille, which has used its high-tech capabilities to build modernity, reclaiming itself from the sea. The district has been home to football fans since the Stade Louis II, the home ground for AS Monaco FC is located here. Especially when there are Champions League matches, there is a boost in the dynamism of the district, which hosts many people from around the globe.

What to do in Monaco? Of course, take a lot of photos to post on your Instagram account. Every street, corner, and building of Monaco are so elegant that they will prompt you to have pictures everywhere. The photos that you take at Monaco-Ville, Monte-Carlo, Fontvieille, the Tete de Chien, etc., will decorate your galleries in all your social media accounts. The official website of the Monaco tourism industry has a perfect guiding page for you to help you get the best out of your visit.

Everyone one of us as a kid loved boarding on entertainment trains in parks. The Monaco Tours - guided tours on a train will help you recall your childhood while getting to know the city. The tour lasts for about 30 minutes. Starting from the Oceanographic Museum, the train goes through many attractions, including the Formula 1 Grand Prix circuit, Monte-Carlo, the Old Town, etc.

There is a special treat for animal lovers in Monaco. The Marineland Corporate Foundation has created this marine park to preserve water animals and diversity. Marineland is a place to raise public awareness, support research projects, spread culture and knowledge. You will be able to see water shows performed by animals with the guidance of professional trainers. After every show, these trainers answer the questions from the audience.

Another beautiful place to explore is Fort Antoine. This fortress was built in the 18th century. During World War II, it incurred damages and was destroyed. In 1953 it was rebuilt, bringing back its former charm. Today, you will find historical military architecture, watchtowers, and a small open-air theatre in Fort Antoine. It is an Instagrammable place to take some amazing photos while enjoying the relics of previous centuries.

Monaco has some beautiful and elegant churches, fascinating visitors with their architectural designs. One of the most famous churches is Cathedrale de Monaco, which was built in the Roman-Byzantine style in 1875. With its Renaissance style, Saint-Charles Church never fails to mesmerize its visitors. Dating back to the 11th century, Sainte-Devote Church is another place worth visiting. Overall, the elegant design of churches attracts many tourists' attention.

Where is Monaco? It is located in the south of France, meaning it borders the Mediterranean Sea. As we all know, the Mediterranean is an excellent place to swim and enjoy other water activities. In that sense, Monaco offers you Larvotto Beach, Crique des Pecheurs, and Solarium Beach. Larvotto Beach is located just at the edge of the city, making it easier to relax on the beach during the day and then go to have dinner in a fancy restaurant.

There are many excellent and luxurious hotels in Monaco. One with special emphasis is the Hotel de Paris Monte-Carlo. It is definitely one of the best hotels in Europe. This five-star hotel has been serving guests since 1864. Located on legendary Place du Casino, the Hotel de Paris Monte-Carlo offers 208 rooms, as well as 96 suites with the maximum luxury and comfort.

11. Entertaining events throughout the year

The official website of Monaco's tourism industry regularly publishes daily, weekly, and monthly activities to keep the visitors entertained. They also provide a yearly calendar of main events and festivals, helping visitors to choose the best time for their trips.

Alongside its modernity, Monaco also brags about its cultural heritage and history. You can find my museums in the city, displaying the cultural basis of this city-state. Prince's Place dates back to the 12th century and has been renovated several times throughout history. It is open to visitors, serving as a museum. Other museums include the New National Museum of Monaco – Villa Sauber, Naval Museum, the Museum of Prehistoric Anthropology, and so on.

How to travel to Monaco?

Are you wondering: how to travel to Monaco via plane? Well, unfortunately, there is no airport in Monaco. If you are within Europe, then you have many options to go to Monaco, such as by car, by bus, or train. But if you live far away from the neighbouring countries, then the best way to travel to Monaco is via Nice Cote d'Azur Airport in France. Then you can take bus number 110, serving as an airport shuttle to Monaco. It takes about 40 minutes to reach Monaco from that airport.

The best time to travel to Monaco

You can travel to Monaco through the whole seasons of the year and enjoy the city very much. Overall, the climate is very compatible with year-long tourism. But for some people, the best time to travel to Monaco is from April to November. Some tourists say that October and April are actually an ideal time to explore Monaco. It is the time when the weather is mild enough for you to enjoy exploring the cities while enjoying reduced rates at hotels in Monaco.

In this blog, I tried to inform you about a small and yet rich city-state located within France, that is, the Principality of Monaco. When you travel to Monaco, be prepared to see a mesmerizing combination of modernity and history. The following questions entail the main theme of this blog: How to travel to Monaco? What is the best time to travel to Monaco? What to do in Monaco? Where is Monaco? I have also touched upon topics like who Prince Albert II and Princess Stephanie of Monaco are, the best hotel Monaco, Monaco flag, and Monaco population. The 12 reasons why you should visit Monaco are as follows: Monaco Town, Fontvieille, full of Instagrammable places, Monaco Tours, the Trophee d 'Auguste, Marineland, Fort Antoine, elegant churches, gorgeous beaches, the Hotel de Paris Monte-Carlo, entertaining events throughout the year, and amazing museums.

Topics
Apply for any visa in two clicks!
Countries
Do you want to get a Monaco visa easily?
Get your visa now 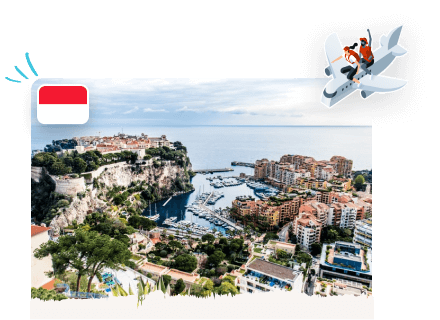