Top 10 Football Clubs With Most Fans In The World 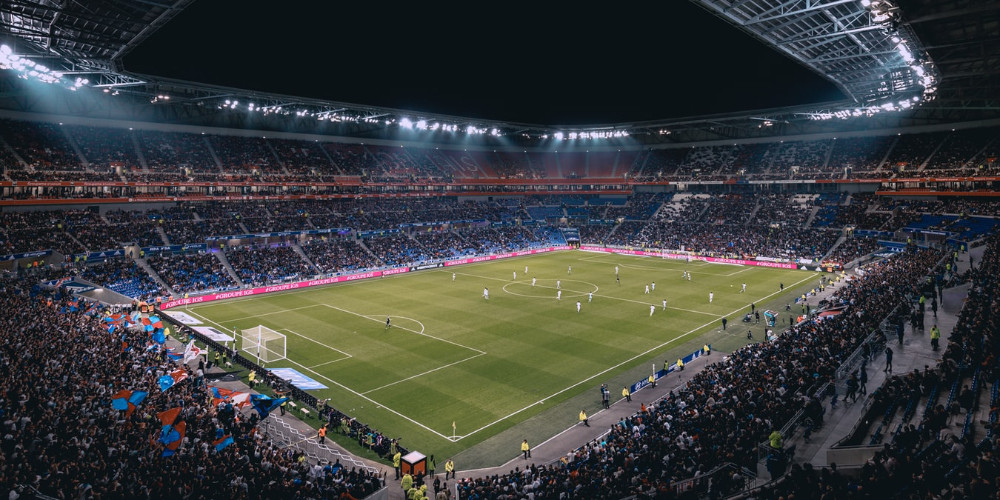 Thousands of football matches are played each year among the hundreds of teams, various transfers take place, and numerous award ceremonies are held. Accordingly, the number of fans of these football clubs increases or decreases every year. Although some people are loyal fans, some people can change the club they admire for some reasons such as player transfer, the number of wins of the club for that year, etc.

We begin our football clubs with most fans in the world list with an English club. Well known to everyone, the Manchester City Football Club is a club based in Manchester and competing in the Premier League. Although it was established in 1880, and it began operating under its current name on April 16, 1894. It has nicknames like Citizens, Sky Blues, and City. The number of fans has been increasing steadily in recent years due to the last two wins of this club in 2017-2018 and 2018-2019, which has won six Premier League, in general. If you are planning to travel to Manchester, you are advised at least to watch the club's game and see the famous Etihad Stadium, which hosts over 55,000 fans.

We are continuing our list with another English club, Arsenal. The club, founded in 1886, also competes with Manchester City in the Premier League. Its nickname is The Gunners. Emirates Stadium, over 60,000 square feet, should also be listed as one of the must-see destinations for football fans when travelling. I think with the leave of Arsene Wenger, who has been the most successful manager of the club and has been managing it since 1996 until 2018, the club has lost the fans but still managed to enter the top ten.

We continue with the German club to colour our football clubs with most fans in the world list. FC Bayern Munich, founded in 1900 and having the grand Allianz Arena stadium with a capacity of 75,000, competes in the Bundesliga. It has nicknames such as Der FCB (The FCB), Die Bayern (The Bavarians), Stern des Südens (Star of the South), Die Roten (The Reds), FC Hollywood. It hasn't lost in the Bundesliga since 2012, with a total of 29 victories. It has also won the Champions League five times. It is worth noting that the club has a vast and loyal fan base due to this success. If you decide to visit Germany, I recommend not to return without watching the game of this club, which wrote the German football club's history.

The Paris Saint-Germain Football Club is in seventh place ahead of its rival with a slight margin. The very young club was founded in 1970. Nevertheless, it has many essential victories in a short time and has become one of the most active teams and one of the clubs with most fans far ahead of clubs founded earlier. The Parc des Princes Stadium, with a capacity of over 47,000, hosts the club's games. The club, more commonly referred to as PSG, has nicknames such as Les Parisiens (The Parisians) and Les Rouge et Bleu (The Red and Blues). After transferring to the team Neymar for € 222m, which is considered the most expensive transfer in the world in 2017, it has led to an increase in the number of fans and turn of the attention of everyone who loves Neymar to this club.

We are returning to English football clubs on our list. It seems they are dominating. The situation is always the same in the Premier League. Unlike many countries, there are many strong teams fighting each other. In this case, it is not clear who will win until the last games, which makes the English league even more exciting. Liverpool, known as The Reds and founded in 1892, plays in the Anfield stadium with a capacity of over 53,000. The club has won the Champions League six times, including 2018 - 2019, and maybe a large number of Liverpool fans is due to this. As a football fan, I can say that it is one of the few clubs I want to watch live!

The list is still going on with English football clubs. Chelsea Football Club, nicknamed The Blues, The Pensioners, was founded in 1905 and is currently based in London. For sure, there are always many people, love this city. I invite them to watch the English team's performance in the Premier League on a rainy day at Stamford Bridge. The club has won the Champions League only once, in 2012. Throughout the years, the name has always been referred to the scandalous transfers. Frank Lampard, the club's legend, is the current head coach.

Recently, we left behind the centre of the clubs with most fans list with an Italian club, which is often referred with its transfers. The club, also known as Juve, was founded in 1897. Juventus Stadium, which hosts home games (Allianz Stadium for some sponsorship), has a capacity of over 41,000. The record number of the stadium was recorded during the Italian Serie A match against Inter Milan on December 7, 2018. It won 35 times in Italian Serie A matches, 13 times in the Italian Cup, eight times in the Italian Super Cup, and twice in the Champions League. Juventus, not giving the victory in Italian Serie A since 2011, caused big-selling news by transferring Real Madrid's 9-year star Cristiano Ronaldo in 2018. How many football fans are there for Juventus? Undoubtedly, they have increased their fan base by transferring the most-watched person on Instagram and the player who has become a favourite of millions over the years.

The Red Devils take third place in the top 10 clubs with most fans list with a big difference from his opponent! Strangely enough, everyone knows and calls the Manchester United club like this for years. Although it was founded in 1878, it continued to struggle in the green field with the present name that we all know and love in 1902. Old Trafford stadium, with a capacity of more than 74,000, have already been added to the list of stadiums I would like to see! It was the winner of the Premier League 20 times, which is also a record. The club has won the Champions League three times, two of which coincide with the years' Sir Alex Ferguson coached. In total, the club won 38 cups: 13 times in the Premier League, 5 FA Cups and 2 UEFA Champions League titles between 1986 and 2013 years when Alex Ferguson was coaching. While announcing his retirement, I am sure many, regardless of the team they like, were sad for the end of legend and his retirement from the team.

Finally, the first Spanish club on our list! Barcelona, which makes almost 100 million difference from the third place. It was founded in 1899 and known as Barça or Blaugrana (team), Cules or Barcelonistas (supporters), and Blaugranes or Azulgranas (supporters). Camp Nou opens its doors to over 99,000 football fans, is located in Barcelona, Catalonia, Spain. Since 2014, it has won 26 times in La Liga, 30 times in Copa Del Rey, 13 times in the Spanish Super Cup, and five times in the Champions League. The first thing that comes to mind in Barcelona is the 32-year-old Argentine Lionel Messi. Lionel Messi is second on the list of players who scored the most goals (112) in the European Cups and the UEFA Champions League. Having one of the best players in the world explains the reason why the club has a large number of loyal fans. Besides, watching El Clasico between Barcelona and Real Madrid, a record-breaking and legendary club, is an absolute must-see experience for all football fans.

What football team has the most fan

? Hala Madrid! While it was expected a significant decline in the number of fans with Ronaldo's departure, the King's Club has not lost leadership. Real Madrid, established in 1902, has a record as a Champions League winner 13 times. It has won 33 times in La Liga. In addition to social media, it is said to have over half a billion fans worldwide. Santiago Bernabeu Stadium, with a capacity of more than 81,000, is a must-see destination if you visit Spain. In general, it would be a mistake to return from Madrid without watching the game of this club, considered the best clubs in the world. The club that has brought up many legends throughout history and is now headed by one of the legends, Zinedine Zidane, has nicknames such as Los Blancos (The Whites), Los Merengues (The Meringues), Los Vikingos (The Vikings) and La Casa Blanca (The White House), Fans of the club call themselves MADRIDISTAS. Updated on July 3, 2020.