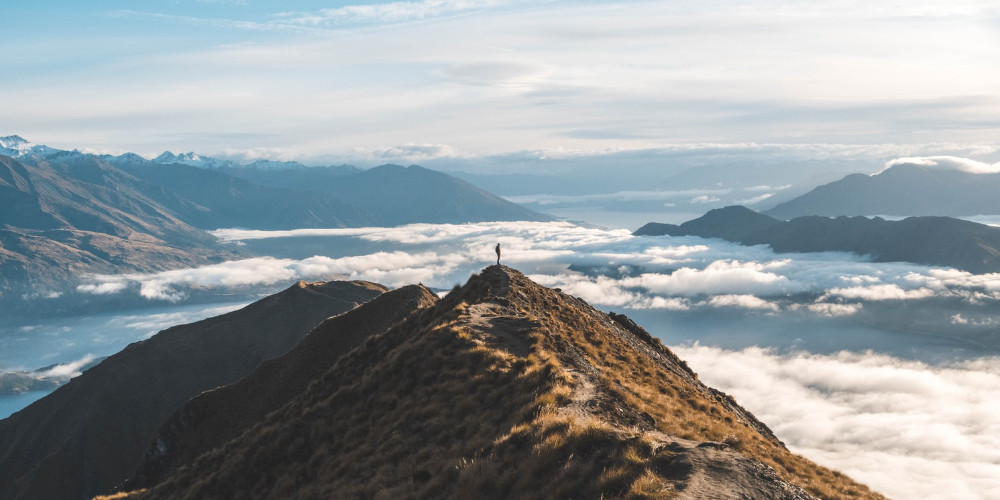 New Zealand on the world map

The climate of New Zealand

In this article, you will learn about such a distant and exotic country as New Zealand. It is known for its many green spaces, and there is Meseta, where the Lord of the Rings was filmed. In the travel show Heads and Tails New Zealand, guests will see the sights of New Zealand.

Here are a few reasons to visit New Zealand.

New Zealand on the world map

One of the reasons for the interest is its geographical location. Probably not everyone knows where is New Zealand on the world map. New Zealand on the world map, is located in the Pacific Ocean. It is an island state. It consists of two larger islands (North Island and South Island) and many smaller ones. Most of the country consists of various mountains and hills. On the North Island, there is a Volcanic Plateau, where there are active volcanoes, geysers, hot springs. In this beautiful country, you can see many volcanic lakes, mountain forests, various shrubs, meadows. All these magnificent beauties attract in it.

First, there was the story of the indigenous Maori people. Maori is a large community of Polynesian peoples. There are different versions about the beginning of the appearance of settlers in New Zealand. But a more likely date is usually called 1280. The Maori have a legend of explorers in these lands. The first was the hero of the Coupe, and the others came here in seven canoes with different names. The crew of each boat became a tribe of the same name, of which the captain was the chief. The European discoverer of these lands was Abel Tasman. In 1642, his expedition attempted to land in a bay in the north of the South Island but was met with stiff resistance from the aborigines. As a result of this failure, New Zealand remained unknown to Europeans. Only a century later, the expedition of James Cook made a landing on these lands, and he declared this land the property of Great Britain. Cook discovered that New Zealand is two large islands, separated by a strait and not the mainland, as previously assumed. This strait was named after him. On the second expedition, Cook made the first description of New Zealand. After that, interest in these lands increased in Europe. In 1814, the first missionaries appeared here. After a visit to New Zealand by French navigators, the British-Maori agreement was signed, under which it came under the protection and administration of Great Britain, and the indigenous people retained their rights. This agreement is currently in effect. There were occasional territorial wars between the natives and the British. In 1907, the country became an independent dominion of Great Britain along with Australia and Canada, and since 1947, New Zealand has been an independent state.

The flora of New Zealand is about two thousand species, most of the plants you will not see in other places. The most striking and memorable are: the silver fern, which is one of the national symbols; the kauri tree, its height is more than fifty meters, the trunk is more than thirteen meters in diameter; the Christmas tree, in the cold season you will see large red flowers on it.

The climate of New Zealand

The climate of these places is determined by where is New Zealand located on the world map. The climate of New Zealand is mostly flat and humid. It may differ in the regions of the country. This is due to the role of the Southern Alps, located in the western and central parts of the country. The climate of the North Island is more favourable. Due to the distance from the equator, the highlands, and the proximity of the cold season on the South Island, the climatic conditions are more severe. In the high-altitude areas of both islands, strong cold winds are observed. On the West Coast – a lot of humidity. The Canterbury plains are blown by warm, dry winds and cold, accompanied by rain. The island territories are dominated by a tropical climate.

In New Zealand, you can see many different birds, such as pigeons, black swans, swallows, albatrosses, parrots. In these places, there are almost no small mammals and snakes; because of this, there are a large number of insects. New Zealand is the birthplace of the kiwi bird, which is its national symbol. It is home to mammals-deer, rats, stoats, possums. Near the islands live sea seals, seals, whales, dolphins. It is in these waters that there are several dozen species of fish that you will not see anywhere else.

New Zealand is interesting not only for its natural beauty. Consider the sights of New Zealand.

Milford Sound Fjord: It is a bay with very clear water, and it is surrounded by mountains. The fjord is located within the Fjordland National Park.

Hobbiton village: Many viewers wondered where the Lord of the Rings was filmed. In this village, the filming of this trilogy took place. This is a place where hobbits live. Hobbiton is attractive to a huge number of fans of this fantasy.

Franz Josef Glacier: It is located within the Westland National Park. Ice tunnels and the opportunity to walk through them with a guide attract a large number of extreme athletes.

Waitomo Caves: They are tunnels and Waitomo caves that are several million years old. It is home to many fireflies, illuminating the caves with blue-green light. It is possible to go down on the water.

Lake Taupo: It is the largest lake in New Zealand, with a depth of 160 meters. Here you will take a boat ride, visit a shrimp farm, visit an observatory, go rafting on a mountain river. It will also be interesting for fishermen here – there is a large number of trout.

Sutherland Falls: It falls from a height of 580 meters, is located on the territory of the South Island. The noise can be heard far away; the sight of its overthrow adorns many rainbows.

Auckland Art Gallery: The gallery is located in downtown Auckland. It is the first and largest gallery of paintings in the country; it is located on the premises of the city telephone exchange. There are both classical works and objects of modern art here.

The underwater world of Kelly Tarleton: This is a complex marine animal habitat, it consists of several parts on different topics. Here you will walk through the longest underwater tunnel, swim with sharks, and watch the life of stingrays.

Wai-O-Tapu: It is a volcanic zone. Translated as "sacred waters". There are hot springs and a popular amusement park, "Land of Thermal Wonders".

Kaikoura: This is a city located on the territory of the east coast of the South Island, where blue whales, humpback whales, and dolphins live. Year-round excursions are held to observe them in natural conditions.

The most common religion in New Zealand is Christianity. Approximately 30% of the population consider themselves atheists. Due to the fact that the first colonizers of these lands were the Anglo-Saxons, first of all, Catholicism and Protestantism appeared here. These religions were brought to the islands by missionaries. First Protestant, then Catholic. The largest denomination is Anglicanism, the most widespread in the North Island. It is also home to numerous communities of Buddhism, Hinduism, Judaism, Islam, and Orthodoxy.

It is divided into two groups – the Maori culture and the Pakeha culture. The common features of the different peoples of this country are the love of sports. Here they love cycling, swimming, hiking, and the state game of rugby. Art objects here are made of stones, bones, wood, and shells. Many films were made in New Zealand because nature here is very picturesque and inspired many directors to shoot in this country. This is the Lord of the Rings, The Last Samurai, The Chronicles of Narnia: The Lion, the Witch, and the Wardrobe, The Bridge to Terabithia, 10,000 BC, Hercules: The Legendary Journeys, Xena: Warrior Princess, and others. The shooting of the project heads and tails in New Zealand took place here. By nature, New Zealand people are cheerful and kind people, they are not alien to self-irony. They can be heard ironically calling each other "kiwi". Recently, the Maori haka dance has become very popular. This is a battle dance-a rite before a fight. It involves a large number of men, they make sharp movements, accompanied by songs with threats to the enemy. This dance has become so popular that the New Zealand national teams in many sports perform it before the start of the competition. The traditional greeting here is a touch of the noses, which came from the culture of the Maori people.

There are a lot of people who want to immigrate to New Zealand. For such applicants, there are several types of New Zealand visas for immigration.

* Immigration for in-demand professionals: This method is possible for two categories. Skilled Migrant is an opportunity for qualified professionals whose speciality is in the list of long-term popular professions, who have the necessary experience and level of English. You need to meet the requirements – the applicant must be under 55 years of age, be healthy, not be convicted, have an invitation from the employer. The review period is 6-12 months. Residence from Work is a way for those who have worked for 2 or more years on the Long Term Shortage List Work Visa – for those with a speciality from the list of long-term in demand, and Talent (Accredited Employer) Work Visa-for those who have an invitation from an accredited employer. Review period - 3 months;

* Immigration through training: There are several possibilities for this option. A specialist comes to take language courses. This method is only possible if you have a speciality from the list of popular ones. There are 3 lists of in-demand professions – long-term, short-term, and a list for the Canterbury region. A specialist comes to improve their skills. After training, such a specialist can get a work visa for a period of 1-3 years. A student comes to get a new speciality. You need to complete training and get a bachelor's degree. The student will also be able to obtain a work visa after completing their studies;

* Business Immigration to New Zealand: To obtain such a visa, you must score at least 120 points on the test, provide a detailed business plan and make an investment of at least NZD 100,000, and have a sufficient level of English;

* Immigration for relatives of citizens: There are 3 categories of visa - for spouses or partners who are in a civil marriage, dependent children, and parents. With this method of immigration, the move is sponsored by a relative;

* Immigration for refugees: This method is the most difficult. There are 2 options – apply to the embassy to get refugee status or get refugee status inside the country. The annual quota for accepting refugees in New Zealand is 750 people. Most often, citizens of countries such as Iraq, Afghanistan, Pakistan, Syria, etc., receive a positive decision on such appeals.

New Zealand is a land with a picturesque, fascinating nature that inspires many creative people. Beautiful and interesting sights of New Zealand, gorgeous beaches, and a unique New Zealand culture... In general, there is something close to people with a variety of interests.